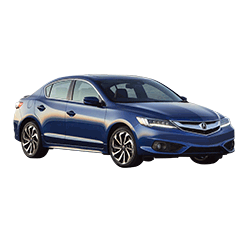 Should You Buy a 2016 Acura ILX? Here Are Some Reasons For and Against

Visit Car Clearance Deals, CarsDirect & MotorTrend.
The Acura ILX has only been on the market for a few years. However, it has already become one of the most sought-after small sedans on the market. Although the ILX is only available with a four-cylinder engine, it is still a very quick sedan. Drivers who have grown tired of driving a boring commuter car will definitely find the 2016 Acura ILX to be a breath of fresh air. Despite the sedan’s small appearance, the interior is surprisingly roomy. Even the base model comes loaded with features.

The 2016 Acura ILX’s beautiful design gives it a distinct advantage over the competition. Onlookers will quickly notice the new Jewel Eye headlights. In an effort to give the sedan a more refined appearance, Acura also decided to revise the grille and the front bumper. Fitted with 18-inch wheels, the new A-Spec model is exceptionally sporty.

Partly due to the use of an innovative fuel-injection system, the 2016 Acura ILX is more efficient than the previous model. When traveling on the open road, the sedan should deliver at least 36 mpg. This is great news for the drivers who desire an exciting driving experience, yet do not want to sacrifice fuel efficiency.

Designed with Honda’s legendary i-Vtec technology, the standard engine is able to deliver an outstanding amount of power. The 2.4-liter, four-cylinder engine churns out an engaging 201 horsepower and 180 pound-feet of torque. The extra torque eliminates the need to constantly rev the engine. According to automotive experts, the small sedan should easily hit 60 mph in less than seven seconds.

All versions of the 2016 Acura ILX now come equipped with an eight-speed automatic gearbox. Not only does this transmission help to boost the car’s efficiency, but it also makes the ILX even more exciting to drive. Drivers who are accustomed to a traditional manual transmission should take advantage of the shift paddles.

In contrast to the average family sedan, the Acura ILX is designed to appeal to true driving enthusiasts. Drivers will immediately fall in love with the sedan’s agile handling. Although a track-tuned suspension system is not available, the standard suspension has been tweaked to deliver a fine balance of sportiness and comfort. The steering system has also been adjusted to provide the driver with enhanced road feedback.

Acura is one of the most respected automakers in the business. Unsurprisingly, the 2016 Acura ILX is expected to be an extremely dependable vehicle. As long as the basic maintenance is performed, the sedan should experience very few problems. As many car enthusiasts already know, an Acura/Honda engine can definitely withstand the test of time. The sedan’s solid reliability also helps it to retain a high resale value.

Although there are cheaper alternatives on the market, very few entry-level luxury sedans can match the ILX’s overall value. Although the optional equipment can cause the price to exceed $30,000, the base trim package will satisfy most car shoppers. The car’s low-maintenance design makes it an even better bargain. For less than $28,000, prospective buyers can become the owner of a new Acura ILX.

Even the base version of the ILX comes equipped with ample goodies. Some of the standard features include key-less entry, a push-button ignition system, heated seats, and a rear-view camera. Acura also included a GPS-linked climate control system as standard equipment. Sirius Eye Free is yet another convenient feature that iPhone users will love. Options include navigation and an ELS Surround audio system.

Based on last year’s outstanding crash test scores, the 2016 Acura ILX is expected to receive a five-star safety rating. All versions come standard with an effective stability control system. Drivers who desire an even higher degree of safety can opt for the advanced AcuraWatch safety package.

The 2016 Acura ILX is a major upgrade from an average economy sedan. It is an ideal choice for the drivers who are seeking to add a jolt of excitement to their daily commute.

Unfortunately, the 2016 Acura ILX is not available with an AWD system. However, the sedan’s front-wheel-drive platform should perform fairly well in light snow.

The heart of the new ILX is its fabulous powertrain. While the four-cylinder engine delivers plenty of excitement, some drivers may need even more muscle under the hood.

The top-of-the-line model costs nearly $35,000. In comparison, a fully-loaded Honda Accord costs about the same amount of money.

Some of the main competitors include the Buick Verano, the Audi A3, and the Mercedes-Benz CLA250. In terms of quality and dependability, the 2016 Acura ILX is at the top of its class. While most of the competition offers a more powerful engine, the ILX is still able to remain competitive in a real world setting.

The 2016 Acura ILX’s nimble driving dynamics will appeal to plenty of car shoppers. Its solid reliability is icing on the cake. Prospective buyers will definitely be lured by the sedan’s crisp styling. When equipped with the optional safety features, the ILX becomes one of the most secure sedans on the road.