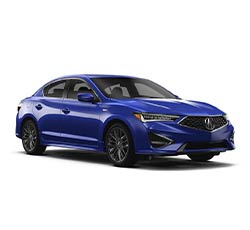 Should You Buy a 2021 Acura ILX? Here Are Some Reasons For and Against

Many of today’s luxury sedans are a bit costly. Drivers who want a budget-friendly option should strongly consider the new 2021 Acura ILX. Although the ILX may not be the most technologically advanced car in the segment, it does have many endearing qualities. Many people will appreciate the sedan’s fulfilling list of standard equipment. Let’s find out what makes the ILX such a solid pick.

This year, you wouldn’t find any notable changes on the Acura ILX. Acura last updated the ILX lineup in 2019.

Unlike many of the other cars in this class, the 2021 Acura ILX doesn’t use a turbocharged powertrain. It features a naturally aspirated four-cylinder engine, which is built by Honda. Despite being a rather old engine, it still has the ability to entertain drivers. Acura lists the ILX with a total output of 201 horsepower and 180 lb-ft of torque. For most drivers, this car’s 0-60 mph time of 6.4 seconds proves to be quick enough.

2. Will Deliver an Efficient Performance

Drivers seeking an economical car for daily commuting will like the ILX. When traveling in city traffic, this small sedan can return up to 24 mpg. However, fuel economy jumps to an EPA-rated 34 mpg on the freeway. Keep in mind that some drivers have reportedly gotten up to 37 mpg. When cruising along at normal highway speeds, the ILX’s dual-clutch automatic transmission helps keep the engine rpm low. Although premium gasoline is needed, this is unlikely to be a dealbreaker for most luxury car buyers.

Don’t expect the 2021 Acura ILX to offer the performance of a serious sports sedan. Nevertheless, it isn’t a boring car to drive. Acura designed the ILX’s suspension with Amplitude Reactive Dampers, which help the sedan to feel responsive. When driving the ILX on curvy roads, most people will be impressed by its overall nimbleness. Meanwhile, light steering helps ensure easier parking. Because the ILX is so easy to maneuver, it’s a highly recommended car for new drivers.

4. Below-Average Pricing for the Class

Some of the ILX’s competitors, including the BMW 3-Series, have a starting price of more than $40,000. Drivers who aren’t looking to spend a huge amount of money will like the ILX. It has a starting MSRP of just under $26,000. Car shoppers will have a hard time finding a more affordable model in the segment. Not only does the ILX have a low price, but it also has a very appealing warranty. Owners will enjoy 70,000 miles of powertrain coverage.

Even without adding any appearance upgrades, the 2021 Acura ILX proves to be a nice-looking automobile. With that said, Acura’s optional A-Spec package is well worth the extra cost. It makes the ILX look like a faster and more powerful car. Included in the package are an attractive rear spoiler and larger 18-inch performance wheels. Along with the A-Spec package also comes a few special interior touches. Ultrasuede-trimmed seats give the cabin a more exciting character.

6. A Safe and Secure Automobile

Whether you’re a single person or hold the responsibility of driving around your family, you’ll find the new ILX to be a safe car. It scored well in all five crash tests performed by the IIHS. The NHTSA also lists the ILX with a five-star overall safety mark. Every trim level receives a standard AcuraWatch Safety package. It adds some helpful safety technologies, including automatic emergency braking and active lane keeping. Designed to help prevent drivers from unintentionally drifting off the paved road, Road Departure Mitigation is a class-exclusive feature.

Passenger comfort is high on the ILX’s list of priorities. Test drivers applaud the ILX for its supportive, well-cushioned front seats. Even when taking a three-hour road trip, these seats still feel plush. Acura doesn’t even charge extra for heated front seats, which is a big advantage for drivers who often encounter cold weather. Although the ILX is a small car, it doesn't have a confined cabin. Many owners consider the sedan’s spacious backseat to be a big highlight.

A six-speaker stereo is one of the ILX’s standard features. It produces a very basic sound. Featured in the sedan’s optional Technology package is an upgraded ELS Studio premium audio system. A total of 10 speakers enables this system to deliver a compelling soundtrack. At high volumes, there’s virtually no distortion to be heard. The system’s bass response is enhanced by a rear-mounted subwoofer. Noise cancellation technology is included as well, thus helping to further optimize sound quality.

Drivers who wish to avoid a lot of complicated in-vehicle technology will enjoy the ILX. All of its key features are easy to operate. Large physical buttons and knobs enable you to quickly adjust the climate control system. An upgraded infotainment system with dual screens is optional. It adds Apple CarPlay and Android Auto for instant smartphone connectivity. Even the car’s steering wheel controls are a breeze to use.

Before buying a new luxury car, it’s always a good idea to research its total cost of ownership. The 2021 Acura ILX is definitely not going to break the bank. Routine maintenance for the ILX is very affordable. The cost of an oil change won’t be more expensive than average. Replacement parts, like brake pads and air filters, are also affordably priced. Furthermore, drivers can travel miles and miles before needing a tune-up.

1. Not a Legitimate Sports Sedan

As mentioned earlier, the 2021 Acura ILX should not be mistaken for a legitimate sports sedan. While the ILX has a lively engine and handles relatively well, it may leave some drivers wanting more performance. When comparing the ILX to its primary European rivals, you’ll notice that it doesn’t feel as quick and athletic. Folks who want a competitive sports sedan should consider the all-new Acura TLX. Many people applaud the redesigned TLX for its updated engine lineup and much-improved handling.

Ever since it was first introduced, the Acura ILX has always been a front-wheel-drive car. While this should be no issue for most people, others will miss having the option of an AWD system. This is especially true for motorists who spend much of the winter traveling on snowy roads.

When checking out the new 2021 Acura ILX, shoppers will have two different infotainment systems to choose from. The standard system features a 5.0-inch display, which leaves much to be desired. Technology lovers will favor the upgraded dual-screen system. While this system is remarkably simple to operate, it suffers from extremely dated graphics. Rival infotainment systems are far more modern.

4. Could Use More Headroom & Trunk Space

A sunroof comes standard on the ILX. While this feature adds to the sedan’s value, it also cuts into the available headroom. Some taller passengers will ultimately desire more space. The car’s trunk is also a bit on the small side. Road-trippers may need to pack lightly when heading out of town for the weekend.

The ILX hasn’t received any mechanical updates in quite some time. Its chassis is actually based off the previous-generation Honda Civic. This somewhat limits the sedan’s performance capabilities.


How It Stacks Up to the Competition:

When browsing Acura’s latest sedan lineup, many people will be deciding between the 2021 ILX and the 2021 TLX. Both of these cars benefit from Acura’s impressive warranty package. However, the TLX is hands-down a more fun car to drive. It also has a more luxurious cabin. On the other hand, the ILX will win over a lot of people with its bargain pricing. A higher fuel economy rating also gives the ILX an advantage over its stablemate.

The 2021 BMW 3-Series is a fine automobile. It’s spacious, fast, and loaded with premium technologies. While the 3-Series is a better luxury sedan in certain aspects, some drivers will find it to be too expensive. Acura also covers the ILX with a better warranty. Steeper maintenance costs add to the 3-Series’ total cost of ownership.

Although the 2021 Acura ILX may not be the most modern car in the class, it does deserve some serious consideration. It allows drivers to experience luxury for very low price. Many highly sought-after features come standard, including front-seat heating and a sunroof. This car also packs just enough performance for you to have a bit of fun.