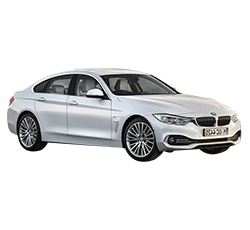 Should You Buy a 2015 BMW 5-Series? Here Are Some Reasons For and Against

Car shoppers who are in the market for a new BMW are probably familiar with its stellar reputation and popularity as the “ultimate driving machine.” But, many will be in for a pleasant surprise when they go into a BMW showroom in 2015. German automakers of this luxury car have decided to not only work to perfect this vehicle, but they have also worked to ensure customers take full advantage of advanced technology embodied in the BMW line of cars. Much like Apple’s signature store experience, BMW has created the new role of “product genius” in showrooms.

Some of the high-end items for this luxury car include the enhanced USB and Bluetooth smartphone integration, the LED front fog/driving lights and the leather-wrapped steering wheel as standard equipment. Some other features available are a rear-seat entertainment system, navigation, and the iDrive interface and controller that have touch-sensitive control knobs for written inputs and gesture capability. Examples of luxury cars in its class are the Cadillac CTS, Jaguar XF, and the Audi A6 and A7.

This car is considered an excellent ride with superior handling balance. The BMW 5-series is billed as a 5-seat midsize quasi-sport sedan with a standard sport steering wheel. This bodes well for customers looking for a car that plays along when putting the “pedal to the metal,” yet remains tame-looking enough to deceive anyone watching. It’s also quiet inside.

BMW 5-series customers can choose among sports sedans, wagons, four-doors, and a hatchback. There is a wide range of powertrains with hybrid and diesel-powered engines. The M5 is the high-performing alternative in this series. The base price for the 4-door 528i starts at $49,950, and the higher-end 550i AWD xDrive model’s pricing starts at $67,800.

4. The Look and Style

These latest 5-series models brought back a classic-sport sedan look that was admired by BMW car lovers of a few generations ago. The exterior of the cars has more of an upright design including a sleek tail lamp design and a much more durable kidney grille, as well as optional LED headlights. The inside of the car no longer resembles a cock-pit, which makes it driver-friendly and also features pushed-out corners and a low, horizontal dash. There’s also a center console that opens wide and stores away electronics to keep them out of sight.

The engine lineup for the 2015 5-series is strong, responsive and turbocharged, which makes for a driving experience that feels direct and connected. It’s also a lot more fuel-efficient than most of its competition’s powertrains. Take, for example, its base model—the 528i. It has a turbo-charged four-cylinder engine that makes 240 horsepower and 260 pound-feet. The 535i models carry a 3.0 liter turbocharged six that makes 300 horsepower and 300 pound-feet, and the 550i boasts of a new twin-turbocharged V-8 that makes 445 horsepower and 480 pound-feet. It takes the 550i 4.5 seconds to do a 0-60 mph sprint. Diehard manual-shift lovers will be pleased to know that most of the 5-series models can be had with a manual gearbox. The ActiveHybrid5 offers engines that are good for the environment, but that don’t compromise on power. The 535d diesel model’s advantage is its turbocharged 3.0-liter straight six that makes 255 horsepower and 433 pound-feet of torque.

Again, luxury can be the name of the game with the 5-series. How’s this for comfort? The seats recline, are heated and ventilated, and they offer massaging functions.

The 2015 5-series offers options in safety as a Lane Departure Warning system and an Active Blind Spot Detection system. The series also carries a new second-generation night-vision system that detects pedestrians. It also has Xenon Adaptive Headlights with automatic high beams to make nighttime driving easier. These safety features have been recognized by the Insurance Institute for Highway Safety (IIHS) and federal government. The 5-series has earned high honors from these institutions.

The standard features of the 5-series are impressive, but there are also the options to upgrade. Although upgrades can run an extra $10k or even $20k from the original price, the heated rear seats, rear sunshade or upgraded audio certainly make it tempting to check the option boxes for these extra features. Another example is the iDrive. Its interface now includes navigation and has a touchpad that lets you trace out letters explaining where you want to go and offers the phone book entries as well. ConnectedDrive’s technology has dictation functions that allows for text message replies, as well as a Concierge Service.

The 5-series line of cars all have electric power steering, with one of the better-weighted systems of its class. BMW cars have Integral Active Steering, which steers the rear wheels in a somewhat opposite direction when the car goes below 35 mph, or in the same direction at higher speeds, which helps with parking and giving the ride some stability. With Driving Dynamics Control, it’s possible to dial in a certain mode for the desired driving style and conditions of the road at the time.

The 2015 5-series has a tight, quiet cabin that makes for an undeniably comfortable ride. The switchgear is of very good quality and the seat upholsteries, and trims are plush and rich.

The rear-seat legroom of the 5-series does not get great marks. As a matter of fact, it can be too tight for tall adults.

Although the 5-series’ Integral Active Steering is meant to help the driver steer in difficult situations, most find it powerless and numb. Also, the automatic start/stop system is somewhat intrusive.

The prices for the 5-series can rise very quickly as more and more options are added. While it’s tempting to add to the standard features, the sticker price can rise dramatically.

With all the innovation in technology and new features of the BMW 5-series, its’ easy to see why the automaker decided to bring in a Product Genius to help customers understand the intricacies of this luxury car’s features. It’s safe to say that customer satisfaction--and sophistication-- are the main concerns of BMW.