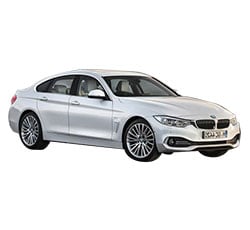 Should You Buy a 2016 BMW 5 Series? Here Are Some Reasons For and Against

The 2016 BMW 5 Series remains at the top of the midsize luxury sedan segment. Like its predecessors, the new 5 Series delivers an extremely smooth ride. The sedan’s roomy design makes it a great family vehicle. As always, the 5 Series showcases one of the best interiors in its class. Meanwhile, advanced safety technologies such as the night-vision system help keep the passengers away from danger. Superb fuel economy is yet another bright spot.


The BMW 5 Series is scheduled for a redesign during the upcoming year. This means that the current model has not received many changes. However, prospective buyers will be treated to even more standard features.

The turbocharged 2.0-liter, four-cylinder engine has become a very familiar power source. In fact, the automotive world continues to praise this engine’s performance. The turbocharged motor can push out an impressive 240 horsepower and 260 pound-feet of torque. In terms of fuel efficiency, drivers can look forward to getting 34 mpg on the highway.

Standard on the 535i model, the turbocharged inline-6 engine is quite powerful. It has the ability to churn out 300 horsepower and 300 pound-feet of torque. When tested at the track, the muscular 535i was able to hit 60 mph in less than six seconds. Despite the extra power on hand, the 535i can still return more than 30 mpg.

For the drivers who desire the extra torque produced by a diesel engine, the 535d model will keep them satisfied. A turbocharger helps the diesel engine to develop 255 horsepower and 413 pound-feet of torque. Not only is the diesel-powered 5 Series quick, but it is also very efficient. When taken on a road trip, the 535d averaged about 38 mpg.

While the other engines are strong performers, the twin-turbocharged V-8 engine is the king. With a total output of 445 horsepower and 480 pound-feet, the 550i’s strong acceleration can thrust the driver against their seat. Although the engine’s fuel economy is not exceptional, it is far from being terrible. The high-powered sedan can deliver 25 mpg on the highway.

The Dynamic Handling package transforms the 5 Series into a thrilling sports sedan. When equipped with the active stabilizer bars and the adaptive suspension dampers, the sedan is able to aggressively hug the road. The 5 Series becomes especially fun to drive on twisty roads. Drivers will definitely like the improved handling.

While the 5 Series is an attractive sedan, some car enthusiasts may wish for a bit more pizzazz. Fortunately, BMW does offer a very stylish M Sport appearance package. A dynamic body kit gives the 5 Series a far more aggressive look. A staggered-width tire setup also boosts the sedan’s curb appeal.

Very few people will be unimpressed by the 528i model. Although it is considered the base model, it does not sacrifice any luxury. Designed with a 10.2-inch display screen, BMW’s iDrive infotainment is certainly a standout feature. The 10-speaker audio system is also very impressive. Some of the other goodies include adaptive headlamps, HD radio, a sunroof, and navigation.

Most people understand what a BMW automobile brings to the table. Although the 5 Series is a tad bit more expensive than the average sedan, it does offer a great deal of luxury. From doctors to movie stars, a variety of affluent people can be seen cruising around in a 5 Series sedan.

Visibility definitely starts to diminish after dawn. However, the 5 Series is available with a few components that help drivers to overcome the darkness. If an animal is preparing to cross the road, the night-vision system uses infrared technology to detect their presence. The sedan can also spotlight pedestrians.

If well-kept, owners can expect their 5 Series to maintain its value better than most vehicles. Even after about five years of ownership, the sedan will still be a highly-coveted automobile.

1) On the Expensive Side

Expect to shell out at least $51,000 for a new 5 Series. If the buyer opts for extra features, the final price can approach $60,000. The cost of maintenance is also a factor. By comparison, a fully-loaded Toyota Camry XLE costs about $35,000.

Although BMW offers a sportier version of their eight-speed automatic transmission, a traditional manual clutch is not available.

3) Could Benefit From a Larger Truck

With a total cargo capacity of 14 cubic feet, the sedan’s trunk will suit most people. However, a larger trunk would enhance its overall versatility.

How the 2015 5 Series stacks up to the competition:

Some of the primary opponents include the Cadillac CTS, the Audi A6, and the Lexus GS 350. While the Cadillac CTS is an amazing driving machine, the BMW 5 Series still offers somewhat more luxury. The 5 Series also offers more engine choices than the Lexus GS 350. While the Mercedes-Benz E-Class is also a great option, its four-star safety rating gives it a big disadvantage.

Although a redesigned BMW 5 Series is currently under development, the 2016 model is still a great luxury sedan. Drivers will be able to cruise in style without spending a lot of money on fuel. To get the best possible handling, prospective buyers should opt for the Dynamic Handling package. The sedan’s array of high-tech features also make it a very strong contender.