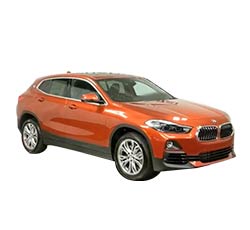 Should You Buy a 2020 BMW X1? Here Are Some Reasons For and Against

There have been a considerable amount of compact SUVs released onto the market in the past few years. As a result, many people may have difficulty choosing between them. With how much money people can spend on the vehicles, it’s vital that the right decision is made.

One of the most notable recent releases has been the 2020 BMW X1, which has quite a variety of features. There are several options available, each of which provides various features a large amount of value for money.

With these options, there’s quite a significant amount of customizability for the 2020 BMW X1, which is something that many people may want to take advantage of. While there are a few notable reasons to buy the 2020 BMW X1, there are also a few drawbacks.

While many people may be expecting quite a large change in the 2020 BMW X1 from previous models, there are relatively few. Much of this is because there have only been minor tweaks with the exterior design with the past few models, as well as a few other small changes.

Alongside this has been a few changes to the infotainment system. While these have been somewhat minor from year to year, they can make a noticeable change if you’ve got an older vehicle. However, they may not be too large for anybody who has the 2019 version of the five-door SUV.

There are a variety of reasons that people will be drawn to any vehicle, with many of these being driven by individual preferences. There are quite a few reasons why you should consider buying a 2020 BMW X1.

The 2020 X1 also has one of the shortest stopping distances of its class at approximately 109 feet. As a result, drivers should be able to stop quite quickly without having to put too much effort into it.

While the majority of five-door SUVs have quite a large volume of space, this typically isn’t the case with many compacts. Despite this, the BMW X1 offers much more than you might expect, which can be felt in both the front and the back of the vehicle.

This is something that can be customized to a certain extent, as drivers will be able to change the seating arrangements to maximize the amount of space.

The 2020 BMW X1 has a notable amount of acceleration, with this being one of the few areas where it outperforms the majority of competitors. This is something that many SUVs don’t tend to shine in, which is one of the primary reasons why the X1 outperforms.

Even among SUVs that have quick acceleration, the BMW X1 can still beat many out, boasting 0-60 mph in about 6.5 seconds. Alongside this is a somewhat seamless shift between each of the gears.

With the variety of advancements that have been made in in-car infotainment systems, it can be quite easy for many drivers to become confused when trying to use them. This shouldn’t be the case with the BMW X1, as the controls for the vehicle have been designed to be as easy to use as possible.

Much of this is because the controls have been designed to make sense rather than look good. As such, drivers should be able to take advantage of it from the start.

Many luxury SUVs may often not feel as though they’re luxury vehicles. The majority of this can be because they’re made from slightly cheaper materials than many people may want, or they simply don’t have a high-quality feel to them.

This isn’t the case with the 2020 BMW X1, which has a luxury feel from the second you enter it. The majority of this will be seen through the trim and upholstery that’s on offer with each of the models.

While the majority of people will look to larger SUVs for cargo space, there can be quite a significant amount of this available with the BMW X1. Though compacts aren’t typically known for their space, this is something that can be seen in spades on here, which is quite a notable advantage for buyers.

Though every SUV will offer a large amount of forward visibility, they can often lack in backward visibility. The majority of this is because of the pillars, which can be overly thick and hamper the visuals.

This shouldn’t be too much of an issue with the 2020 X1. Though the pillars can be somewhat thick, they don’t interfere with the visibility as much as others might.

One drawback with many SUVs is that they only offer front-wheel drive, although this isn’t the case here, as buyer will be able to take advantage of an optional all-wheel drive. While this can be an advantage in itself, it’s something that brings a variety of other benefits with it.

The majority of this will be seen on how comfortable the drive is, especially when it comes to weather such as rain or snow.

The majority of luxury SUVs will cost quite a considerable amount of money, while only providing a certain amount of value for this price. This isn’t the case with the 2020 BMW X1, as it can be a much more cost-effective compact SUV.

While this mightn’t be the case for the more expensive trims, as well as with the optional extras, the base model can be much more affordable than others while still offering many of the same features.

Trims can be one of the primary attractions for many SUVs, although many of these mightn’t stand out as much as people would want. However, the BMW X1’s M Sport trim has a considerable amount of benefits to attract buyers, with much of this being seen in the design.

Though it may be slightly more expensive than you may want, it could prove to be worth it.

While there are a variety of reasons why you might want to by the 2020 BMW X1, there are a few drawbacks. Though these may not be significant problems for many people, they can often sway a choice when it comes to buying one. As such, they should be looked at before you buy.

While optional extras tend to be somewhat expensive, the BMW X1 seems to have features that cost much more than many other SUVs in the class. As a result, the cost of the compact five-door can quickly add up.

While the base model of the car can offer value for money, this doesn’t seem to be the case once you start adding many of the optional extras. This could mean that you’ll end up paying much more than these are worth.

One of the most significant drawbacks with the 2020 BMW X1 is that the ride may not be as smooth as many people may want. This typically doesn’t affect the majority of other vehicles in the class, which could make this quite an issue.

The majority of this is seen when the SUV is going over bumps, as the vehicle doesn’t absorb as much of the shock as any people will need. The comfort levels are further reduced by the fact that the seats can be much more uncomfortable than many competitors.

This is primarily seen in the fact that the seats have a notable lack of lateral support, with the padding in many of them coming across as quite stiff. The back of the seats can be somewhat comfortable, although this doesn’t apply to the bottom of them.

As a result, there can be quite a large amount of noise when you’re driving, which shouldn’t be seen in a luxury SVU, especially with how much the vehicle can cost. The majority of this noise will come from the tires and road, meaning that little should come from the engine itself.

Many people will want to know how the 2020 BMW X1 compares to many of its leading competitors, as they will play a significant role in whether or not they buy it. While the SUV surpasses many others in several areas, it doesn’t match up in several ways.

Compared to the Volvo XC60, for example, the X1 may not be able to match up in terms of performance. However, it does outperform the Volvo in a variety of ways, such as the infotainment systems, although this is a close call.

Comfort is one of the few areas where the BMW X1 doesn’t match up with many of its competitors. Despite this, the SUV does offer a much more cost-effective and affordable package than the majority of others.

While the 2020 BMW X1 can become quite expensive with a variety of optional extras added-on, this is the case with the majority of other luxury compact SUVs.

The 2020 BMW X1 can be a pricey option if you add in many of the optional extras. Despite this, the base model and features could provide quite a significant amount of value, especially when you consider the powertrain and various other features.

Though you may be sacrificing a certain amount of comfort to take advantage of these, it could be worth the investment. This is especially true when coupled with safety features that have been implemented, which can be much more than other five-door compact SUVs.

As such, you’ll need to determine whether you want to comprise on comfort to take advantage of the increased performance and safety that the 2020 BMW X1 provides.

Save Money on a 2020 BMW X1:
Are you Shopping for a New Vehicle? Find the Best Deals with "Free - No Hassle" Prices Quotes.