2018 Buick LaCrosse Pros vs Cons. Should You Buy? 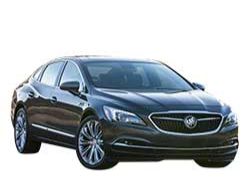 Should You Buy a 2018 Buick LaCrosse? Here Are Some Reasons For and Against

The Buick LaCrosse is the standard-bearer of the Buick brand, and as a large sedan its largest non-SUV vehicle. The 2018 Buick LaCrosse is a great option for anyone who is looking for a large sedan that is upscale and athletic without having to spend a lot of money on a high-end European import. It offers performance, efficiency and upscale styling and features at a very reasonable price point.

The Buick LaCrosse has had a busy few years. Last year, it underwent a full redesign that completely changed both the car’s styling and the underlying mechanicals. However, despite a relatively successful year, Buick was not done and introduced another major upgrade for the 2018 model year. This added a new, electrically-assisted base four-cylinder engine to the lineup and a new transmission, as well as lowering the car’s base price.

The big new upgrade for the 2018 model year, the eAssist Hybrid combines a 2.5-liter four-cylinder engine and a small electric assist motor. While short of a full hybrid, the system delivers both excellent performance and mileage: up to 194 horsepower of the former and up to 35 miles per gallon of the latter.

While the new semi-hybrid powertrain may be getting a lot of attention this year, but the V-6 engine introduced as part of the 2017 redesign remains another highlight of the 2017 Buick LaCrosse. At 310 horsepower and linked to a 9-speed automatic transmission, it is very quick and composed, easily outclassing most other vehicles in the class while still delivering good gas mileage in the process.

Large sedans are typically land yachts, making slow, wide turns with plenty of body roll to accompany them, so the agility and maneuverability of the 2018 Buick LaCrosse comes as a pleasant surprise. The stiff body and a tight suspension help the car maintain composure through turns, and the latter is even adjustable on higher end models for additional performance. Likewise, the steering is far more street racer than weekend cruiser, making many a driving enthusiast quite happy.

Buick experimented with something different in the last generation of the LaCrosse, and the current version is the fruit of that experiment. While most other automakers have moved towards sharp lines and creased folds, Buick refined its design language of rounded and flowing shapes. The 2018 Buick LaCrosse looks like something that is organic and alive, rather than built by humans, while still projecting a bold and aggressive look with its subtly pointed grille and contrasting accents. There are certainly few other cars that are as distinctive.

The LaCrosse may not be priced like a full-size luxury car, but it is certainly appointed like one. Cloth interior is not even on offer, with high quality leatherette serving as the base upholstery that quickly gives way to real leather as you move up the trim hierarchy. The rest of the cabin is likewise nicely furnished, with warm colors and upmarket accents dominating the view throughout.

Buick has made a point of emphasizing how spacious the LaCrosse interior is for years, and it is not just marketing bluster. There is a good amount of legroom, but it is especially the car’s wide stance and high roofline that make for a very noticeable increase in space over many other vehicles. It is very comfortable for three adults to sit across the rear bench, for example, though the headroom there is not as good as in the front.

In their recent models, Buick has made noise cancellation one of its calling cards and the 2018 Buick LaCrosse is no different. Acoustic glass and insulating superstructure keeps noise from travelling into the cabin, and whatever noise makes it in is countered by the active noise cancellation system. That lets the car’s occupants enjoy the peace and quiet or appreciate the quality of the optional Bose speakers.

Part of the big upgrade to all Buick vehicles recently, the IntelliLink infotainment system that is standard on the 2018 Buick LaCrosse can be held up as a standard for other manufacturers to follow. Primarily controlled from an 8-inch touchscreen, it includes smartphone integration through Android Auto and Apple CarPlay, an easy-to-learn command structure and even some real physical knobs to control the volume or the radio station, if one is so inclined.

The 2018 Buick LaCrosse is expected to be one of the more reliable vehicles in the segment, receiving a rating of four out of five from J.D. Power and Associates for its expected reliability. The above average rating suggests that you are less likely to have problems with your new LaCrosse than with an average car.

In addition to scoring well for its reliability, the 2018 Buick LaCrosse also aces its crash safety tests as well. It has an all-green crash test report card from the Insurance Institute for Highway Safety and five stars from the National Highway Traffic Safety Administration. With a full suite of advanced crash prevention features on the menu, the LaCrosse is a good choice for safety-minded buyers.

Reasons Not to Buy a 2018 Buick LaCrosse – The Cons

Due to how the trim lines of the 2018 LaCrosse are arranged, it can be hard to mix and match some of the more popular features. The eAssist engine, for instance, is only limited to the base model, while most safety features require the top end model.

For a big car, the LaCrosse has a surprisingly small trunk at only 15 cubic feet. This puts it significantly below the average for the class, and cuts down on its utility somewhat.

While the rest of the car is very technologically advanced, the LaCrosse uses a dated headlight design that is not nearly as bright as many competitors. The IIHS, despite its high praise for the rest of LaCrosse’s safety systems, gave the headlights on the 2018 LaCrosse the worst possible score.

The Buick LaCrosse is an upmarket car, but based on its low price point competes primarily with mass-market large vehicles like the Toyota Avalon or the Chevrolet Impala. The Toyota Avalon also offers a powerful and efficient engine, as well as a hybrid option, but it is not nearly as well-appointed as the LaCrosse, despite a similar price point. Its infotainment technology also lags behind the Buick. The Chevrolet Impala offers more cargo and passenger space over both the Toyota and the Buick, but the LaCrosse has a more powerful engine, better mileage and looks better both inside and out.

When it comes to the large car segment, the Buick LaCrosse comes out near the top of the heap thanks to its excellent features and upscale design, as well as its versatile engines and good technology options. As an upscale, near-luxury vehicle, it is a great value to any large sedan buyer.