2016 Cadillac ELR Pros vs Cons. Should You Buy? 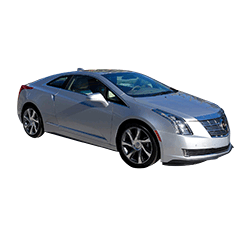 Should You Buy a 2016 Cadillac ELR? Here Are Some Reasons For and Against

The 2016 Cadillac ELR is currently one of the most talked about cars on the market. Not only does the coupe feature a futuristic design, but it is also powered by an innovative hybrid engine. Due to a few improvements, the 2016 model is now more powerful than the previous models. The luxury coupe also has a slightly increased electric range. However, drivers can still rely on the gas engine for long-distance journeys. There are only a few vehicles in the world that compare to the 2016 Cadillac ELR.

Drivers who are transitioning to an eco-friendly lifestyle will adore the Cadillac ELR. The coupe will be able to cruise past gas pumps. When commuting in all-electric mode, drivers can now travel up to 39 miles before the battery pack is depleted. This is a major benefit for the drivers who do a lot of traveling within the city.

The Cadillac engineering team has tweaked the 2016 ELR to deliver a stronger performance. In fact, the coupe can now accelerate to 60 mph in only 6.4 seconds. Cadillac also offers a new Performance package. Some of the goodies include 20-inch performance tires, Brembo brakes, and a sport-tuned steering system. The electric motor’s torque is mesmerizing.

Drivers will certainly be impressed by the ELR’s sporty handling. Stiffer springs help the coupe to remain well-balanced at all times. Drivers will also benefit from Cadillac’s re-tuned adaptive suspension system. Like the suspension system, the steering system has also been re-calibrated. The 2016 ELR truly showcases its improved handling on curvy back roads.

The 2016 Cadillac ELR comes standard with several innovative safety features. Some of the standard safety enhancements include blind-spot monitoring, a forward-collision warning system, a backup camera, and GM’s world-class OnStar emergency response system. The automatic high beams also help to give the driver an extra degree of confidence.

Due to a lower price tag, the 2016 Cadillac ELR will appeal to even more car shoppers. With a starting price of $65,995, the new ELR is around $10,000 less expensive than the outgoing model. Furthermore, most buyers will also qualify for an electric vehicle tax incentive. The tax break will knock an additional $7,500 off the ELR’s total price.

Unsurprisingly, the ELR features an extremely modern interior. Instead of sacrificing quality in order to lower the coupe’s price, Cadillac opted to use high-quality materials throughout the entire cabin. If desired, prospective buyers can accentuate the interior with carbon fiber accents. Meanwhile, the microfiber headliner gives the cabin an extra touch of class. The cabin’s overall mood is exceptionally relaxed.

The cost to replace a battery pack can be fairly expensive. Fortunately, the ELR’s battery is covered by a 100,000-mile warranty. If the battery develops a problem within the warranty period, Cadillac will replace the battery at their expense. This is one less problem that ELR owners will have to worry about.

Even the base version of the ELR comes loaded with ample equipment. A built-in Wi-Fi hot-spot enables passengers to access the web at all times. Everyone will find the wireless phone charging system to be a major convenience. Some of the other neat features include remote ignition, a powerful Bose audio system, and LED headlights.

Although the car’s electric driving range has increased, it is still not outstanding. Drivers will have to rely on the gas engine for long-distance trips.

Even with the EV tax credits, the Cadillac ELR is still quite expensive for the average driver. In comparison, the Chevy Volt costs about $35,000.

The ELR’s backseat is best used as a storage area. While small children may fit comfortably, adults will not be pleased with the amount of legroom.

There are only a handful of upscale hybrid vehicles on the market. Some of the competition includes the Telsa Model S and the Porsche Panamera S E-Hybrid. The 2016 Cadillac ELR is significantly less expensive than both of these automobiles. Although the Chevy Volt is a reasonable option, it cannot match the ELR’s style and luxuriousness.

Drivers who want to live a green lifestyle should definitely consider the 2016 Cadillac ELR. The stylish coupe is a great alternative to a gas-guzzling sports car. The ELR’s array of high-tech features give it a big advantage over vehicles such as the Toyota Prius. Driving enthusiasts are encouraged to check out the optional Competition Package.