2019 Chevrolet Trax Pros vs Cons. Should You Buy? 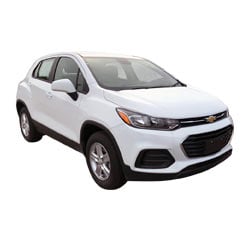 Should You Buy a 2019 Chevrolet Trax? Here Are Some Reasons For and Against

Having been introduced in 2015, the 2019 Chevrolet Trax is the latest installment in the first generation of Trax models. This is undoubtedly a budget-friendly vehicle, but for the price, it manages to include a substantial list of safety and infotainment features. It is also surprisingly spacious for a vehicle in its segment. When it debuted, there was not much competition in its class, but times have changed. Unfortunately, the Trax has some pitfalls that are causing this car to get somewhat lost in the crowd.

Essentially, nothing has changed on the 2019 Chevrolet Trax. While there were a lot of good things that came out on the 2015 model line-up, the fact that Chevy has changed very little on the Trax since then is a bit worrisome.

The 2019 Chevrolet Trax is a small vehicle, and it certainly looks that way from the outside. However, the interior is fairly spacious, especially up front. With only 167.7 inches spanning from bumper to bumper, the Trax does not have a lot of space to work with, but it seems to make the most out of it. Of course, leg space is limited in the rear, but that is a common problem with vehicles in this class. Head space in the rear is sufficient.

For being a very modestly priced vehicle, the Chevy Trax comes with a substantial list of standard infotainment features. Included on the Trax's base LS trim is the OnStar communications system, which comes completely with a WiFi hot spot feature and 4G LTE connectivity. You also get the Chevy MyLink infotainment system, which is displayed on a 7-inch touchscreen monitor. Bluetooth comes standard, as does smartphone app connectivity via Android Auto and Apple CarPlay. While some competitors only offer these features on trim levels above their bases, it is a nice touch that Chevy makes them standard.

One of the most attractive aspects of the Chevy Trax is, of course, its humble price tag. Since the base trim nets you a good amount of features, it can be easy to justify the cost of the vehicle. Even as you go up in trim levels and equip the vehicle with more optional features, the most you will likely spend will be somewhere in the $30,000 range. For drivers who cannot widen their budget for more expensive vehicles, the entry level Chevy Trax is certainly an affordable option.

4. All-wheel Drive is an Option

At a cost of about $1,500, you can add all-wheel drive to the 2019 Chevrolet Trax. A lot of entry level vehicles in its price range do not offer such an option, so it is nice that Chevy makes this gesture. While the Trax is not meant for heavy off-roading, having all-wheel drive equipped during rainy or snowy seasons can be extremely helpful. All-wheel drive can be equipped on any of the three trim levels and has disc brakes in all four of its corners.

Another thing that many drivers will like is that the 2019 Chevrolet Trax has a light curb weight. At its lightest, the Trax weighs in at 3,124 pounds. At its maximum weight, the Trax is still a svelte 3,344 pounds. While there are some competitors out there that do weigh a bit less, the Trax is able to retain a light enough feel to it while driving in suburban and urban areas.

6. A Good Amount of Cargo Space For Its Segment

This segment is not known for offering much in the way of cargo space. While some of the Trax's top rivals do offer a little bit more, the Trax manages to get 18.7 cubic feet of cargo space with all seats secured into place. When the rear seats are folded down, this number expands to 48.4 cubic feet of cargo space that is available. Of course, this does not mean that you can haul a bunch of furniture around, but it is easy to load and unload typical cargo items like groceries and sports gear.

The 2019 Chevrolet Trax has been assigned high safety ratings for the year by both the National Highway Transportation Safety Administration (NHTSA) and the Insurance Institute for Highway Safety (IIHS). The NHTSA assigned the Trax an overall rating of five out of five stars, and it scored five out of five stars on every test but the rollover test, which was still a respectable four out of five stars. The IIHS gave the Trax "Good" ratings on all of its crash tests.

Even though some safety features are missing from the standard line-up on the lower-level trims, the total list of available safety features is reasonable for the price. On the line-topping Premier trim, you can get forward collision alert, which lets drivers know when they need to apply the brakes in order to avoid getting into a crash. The side blind zone alert is also helpful since it lets drivers know when changing lanes could result in impact.

Although the Chevy Trax feels a bit awkward and slow when taken up to highway speeds, it has no problem zipping along on bustling city streets. In fact, the vehicle's steering performs quite well while driving through urban and suburban areas. While going at slower speeds, the vehicle's steering manages to feel quick to respond and is rather effortless.

Reasons Not to Buy a 2019 Chevrolet Trax – The Cons

1. Automatic Emergency Braking is Not Available

For some odd reason, Chevy decided to not include automatic emergency braking as even an optional feature on the 2019 Chevrolet Trax. As this helpful safety feature is becoming increasingly popular on the competition, it would make sense for Chevy to add this feature as, at the very least, a standard feature on the Premier trim and perhaps as an option for the lower trim levels. When the technology for this feature is refined in terms of its responsiveness, it can help drivers avoid collisions with other vehicles.

Unfortunately, in terms of the cabin's design and materials, you get what you pay for with the Chevy Trax. The cabin is anything but upscale, and the front seats feel way too firm to evoke a sense of comfort during long rides. The cloth upholstery on the base trim looks extremely cheap, but the materials used in the LT and Premier trims looks a little bit nicer. Still, the synthetic leather upholstery on the Premier trim does not reek of the luxury that you can find in other similarly-priced vehicles.

The 2019 Chevrolet Trax comes with a standard 1.4-L 4-cylinder engine that is only capable of generating 138 hp and 148 lb-ft of torque. For this vehicle, that simply is not enough to give it any real spunk. The 6-speed automatic transmission also seems to slow down the Trax's driving performance since it has issues with both downshifting and upshifting. Overall, the Trax is slow to get up to speed on even higher-speed suburban roads. Forget about getting a zippy performance on the highway. The Trax's under-powered engine just cannot handle it.

4. Does Not Handle Faster Speeds or Curves With Ease

When you do manage to finally get the Chevy Trax up to speed (which will take a while), it struggles to handle well. The Trax does not do well on winding roads, either. Rounding a corner in the Trax takes a lot of effort as even the tires seem reluctant to move through the turn, making the vehicle lean a bit too heavily into the corners. In no way does this create an exciting ride.

A top competitor this year is the 2019 Buick Encore. While its cargo area is minimal and engine performance lacking power, the Encore maneuvers easily, features a massive array of infotainment and safety features, and has one of the quietest cabins in its segment regardless of how fast the vehicle is going.

The 2019 Honda HR-V has some of the same issues as the 2019 Chevrolet Trax in terms of a lackluster engine performance, but it makes up for its downfalls. The HR-V has impeccable outward visibility all around the vehicle, has a much more versatile design in its cargo area, and has one of the best-in-class fuel economy ratings.

In all, the 2019 Chevrolet Trax gives you what you pay for. As an economy vehicle, many materials look cheap, and the powertrain's performance reflects this. However, drivers on a budget might appreciate the long list of features, the optional all-wheel drive, and the amount of space they get.

Save Money on a 2019 Chevrolet Trax:
Are you Shopping for a New Vehicle? Find the Best Deals with "Free - No Hassle" Prices Quotes.