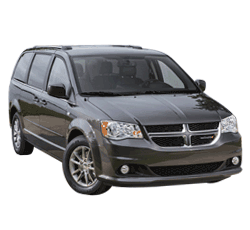 The Top 10 Reasons Why You May want to Buy a 2014 Dodge Grand Caravan:

The Dodge Grand Caravan has been a constant in Dodge's lineup and the automotive industry for 30 years. The release of the Grand Caravan revived what had been a sagging market in the sale of vans and has been a standard for the category ever since. Upon its release the Dodge Grand Caravan proved that vans did not have to be big, bulky vehicles with horrible gas mileage. The Grand Caravan did not only change opinions about vans it also changed the family vehicle landscape as a whole and gave large families another choice in vehicles besides the traditional station wagon.

There have been no significant changes to the Dodge Grand Caravan since 2011 and this may be by design. It is rumored that the Grand Caravan will be revamped into a crossover sport utility vehicle or discontinued completely for the 2015 model year. The 2014 model may be the last of what has become an American classic. There are still plenty of reasons to buy a Dodge Grand Caravan, even though its long run in the industry may come to an unfortunate end.

The Dodge Grand Caravan has been around for thirty years and it seems like in that space of time all the kinks could have been worked out, but unfortunately that doesn't seem to be the case. While the Grand Caravan has more than enough reasons to be considered, there are things that consumers should know about the vehicle before purchasing.

Reasons Not to Buy a Dodge Grand Caravan

There is a reason that the Dodge Grand Caravan has lasted as long as it has in what can be a fickle automotive market. It not only helped start a whole new class of vehicle it has also stood as the standard in that class for 30 years. The Dodge Grand Caravan has been at the forefront of introducing new features to the automotive industry including safety features like air bags and the now very popular entertainment systems that include Blu-Ray players, multiple viewing screens and ports to plug in the latest gaming systems. Not only did it change the industry, the Grand Caravan changed the way families traveled both at home on a day-to-day basis and also allowed families to travel long distances for holidays and vacations comfortably. The Dodge Grand Caravan changed the landscape of America, both in the cities and on the highways. The Grand Caravan has enjoyed a long life in an industry known for quick flame-outs and the reason is simple: it is dependable and it does what it sets out to do.

• 2018 Dodge Grand Caravan trim levels. What you get with each trim configuration.