2015 Ford Expedition Pros vs Cons. Should You Buy? 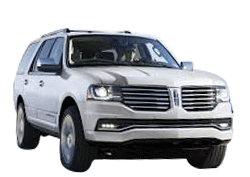 Should You Buy a 2015 Ford Expedition? Here Are Some Reasons For and Against

When people are in the market for new cars, they need to look beyond the visual styling to see how a vehicle handles, if it meets their needs for cargo, and what they can expect the cost of operating the truck or car to be. One of the most popular vehicles since its introduction in 1996, the Ford Expedition is hailed for its towing capabilities, generous cargo area and smooth ride. The current model is the third generation of Expedition, and it features some key benefits that will appeal to many buyers. However, it also has some drawbacks that should be considered before a family decides if it’s the right choice for them.


The 2015 model year hasn’t brought many changes to the general styling of the Expedition, but there are a few key improvements in performance. One is a higher fuel economy level thanks to the EcoBoost system. This model year also brought changes to the luxury of the car with 20-inch polished aluminum wheels, power-deployable running boards, and the Continuously Controlled Damping for better suspension, steering, braking and general performance.

People with larger families appreciate the value of having enough seats for everyone, and the Expedition has seating for up to eight people. Even smaller families appreciate the higher seating capacity because it allows them to be the driver when they go out with a group, or they can let their kids invite friends on more outings. Choose between captain’s chairs in the center row to have a setup for seven, or opt for the center row bench to transport an additional passenger when necessary.

2. Five-Year Warranty on the Power Train

3. It Looks Great On and Off the Road

Many people love the Expedition simply because it’s a sharp looking vehicle. It has a bold front grille and bumper that give way to smooth sides. While many SUVs feel a little too boxy, this one has enough rounded edges to create a more balanced look that most drivers enjoy.

When SUVs first became popular a few decades ago, they were heavily criticized for their propensity to roll over in an accident. Ford listened to those complaints and has taken steps over the years to make the Expedition safer. The standard safety features include air bags throughout the vehicle, electronic stability control, brake assist, and even a blind spot monitor. The vehicle comes with optional four-wheel drive, but even the two-wheel models handle better in the snow and rain thanks to traction control.

Whether drivers are in the city or living out in the country, they’re looking for cars that are responsive and can get out of the way quickly. While some larger vehicles are slow to take off from a light, the Expedition overcomes this challenge with a twin-turbocharged engine that allows for faster acceleration. This is important in busy city traffic where drivers may have limited opportunities for getting out into traffic.

Another feature that drivers rave about is the power folding seats. Rather than crawling into the cargo area to adjust the seats and prepare the SUV for a larger load, all drivers have to do is push a button to have the seats neatly fold down. Buyers also love that the seats fold flat for easy transportation of furniture, building materials, and other items.

It can be hard to judge distance in a vehicle that’s as long as the Expedition, but the rear-view camera makes it easier. With this tool, people can easily see how much space they have when backing up. In addition to improving the safety of the SUV, it also allows for people to make the most of their parking areas.

Another improvement in the Expedition is the ability for drivers to choose their ride quality. Just as owners can go between two- and four-wheel drive on some models, owners can also choose between comfort, normal, and sport modes with an adaptive suspension system.

Critics hail the Expedition for providing people with a smooth and comfortable ride. This is because it features an independent rear suspension that takes the bumps and dips out of even a more difficult road surface.

Otherwise known as the BLIS, this clever tool uses radar to alert you to vehicles that may be in your blind spot. The Cross-Traffic alert works when the car is in reverse, and it alerts you to traffic moving behind the car.

1. The Gas Mileage is Still Low

Ford hails their excellent gas mileage as a reason to buy, and 22 MPG on the highway is certainly an improvement from the 18 MPG that people could expect a decade ago. However, this is still a low number for anyone who commutes long distances or is trying to save at the pump. It’s also important to remember that those MPG numbers are based on optimal conditions, and they’ll drop when the vehicle is towing a heavy load or operating in four-wheel drive.

One common criticism of the Ford Expedition is Ford’s use of cheap materials on the interior. Most people reported feeling that the interior didn’t quite live up to their expectations for a vehicle that’s supposed to be luxurious and comfortable.

Even if people aren’t worried about their ability to zip through busy traffic on the highway, they still need to be able to effectively park the Expedition. The sheer size and bulk of this vehicle make it hard to park and navigate in tight areas. This is something that drivers can overcome as they grow accustomed to the SUV and learn how to better utilize tools like the rear-view camera and cross-traffic alert, but it’s still something to keep in mind.

• 2018 Ford Expedition trims. What you get with each trim configuration.