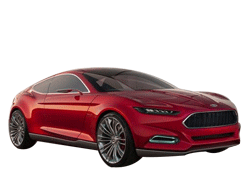 Should You Buy a 2015 Ford Fusion? Here Are Some Reasons For and Against

The 2015 Ford Fusion, in similar fashion to its predecessors, receives high marks across the board and is considered one of the best affordable midsize cars on the market. Safe, stylish, and powerful, the 2015 Ford Fusion is a desirable car for singles and families alike. There are many things to like about this Ford Fusion, but there are a few flaws and considerations that might cause some to look elsewhere. It stacks up well against the competition and is well worth a look for those in the market.

The 2015 Ford Fusion is not a luxury car, but the standard and optional features available can push this car towards luxury vehicle territory. Multiple-way adjustable seats, cooled front seats, a ton of electronic features, and larger tires are only a few of the features that customers can purchase for their 2015 Ford Fusions.

Beauty may only be skin-deep, but that does not stop customers from wanting to purchase stylish cars. For many people, driving is just as much about enjoying the journey as it is about getting to a destination, and those who are driving Ford Fusions know that they are travelling in stylish, aesthetically pleasing cars.

The inside of the car is sleek and sophisticated, relying on technology and simple yet clean lines to accent useful but classy technology. The infotainment console is the MyFord Touch, which can be controlled by voice, touch, or wheel. The console is less angular than those found in other Ford models and is, instead, framed by a simple metallic ring.

The 2015 Ford Fusion is relatively roomy inside, allowing for four adults--or five with a bit of squeezing--to ride comfortably inside it. Headroom is good, especially without the optional sunroof, which can make riding uncomfortable for taller passengers. Legroom is also good in both the front and the back, accommodating those with long and short legs alike.

This car is not a sports car, but the 2015 Ford Fusion handles well and is the highest rated midsize sedan in terms of drivability. The driver gets a sportier feel in the Fusion than he or she would likely get in other sedans, and the solid, reassuring cornering makes this an enjoyable if not incredibly exciting car to drive.

The 2015 Ford Fusion is an immensely safe car to drive, and its five-star safety rating from the government plus its Top Safety Pick+ status from IIHS make it a desirable car for the safety-conscious. A variety of airbags, a rearview camera, and rear parking sensors are some of the standard and optional safety features of this car.

The 2.5-liter 4-cylinder engine is standard for the 2015 Ford Fusion, but customers can also elect to purchase a turbocharged 1.5-liter engine and a turbo 2.0-liter four-cylinder engine. All models come with six-speed automatic transmission and the top engine comes with paddle-shifters.

9. Solid miles per gallon on the highway.

The 2015 Ford Fusion’s miles per gallon city numbers are fairly pedestrian, but the car gets better mileage on the highway. The base engine gets 34mpg on the highway, while the other engines get 36 and 33mpg, respectively.

Those who like a quiet drive will appreciate the silence found riding in the 2015 Ford Fusion. This car efficiently and effectively keeps out most road noise, which is ideal for those fond of the sound of silence.

1. The MyFord Touch infotainment panel can be difficult to navigate for some people who have complained about it not being intuitive or user-friendly. It can, however, do a variety of things, so mastering it can increase the customer’s driving experience immensely.

2. The glossy black interior is prone to scratching, showing regular wear and tear fairly easily after only a couple thousand miles of testing. The interior is, however, otherwise quite nice and sleek.

3. The 2015 Ford Fusion does not get great in-city mileage, with city miles per gallon hovering in the 20-25mpg range. It does, however, get quite good highway gas mileage to the tune of the mid-30s.


The 2015 Ford Fusion VS the Competition

US News ranks the 2015 Ford Fusion a respectable 9th out of 21 affordable midsized cars. Both Toyota and Honda have a couple of cars on the list ahead of the Ford Fusion, but the car still rates highly in terms of safety, features, appearance, and comfort. It also has highly competitive highway gas mileage and is fairly fun to drive for a car of its type.

The 2015 Ford Fusion is an excellent choice for the safety-conscious who want a highly attractive car loaded with features that is a fun if not entirely sporty drive. The infotainment panel can be difficult to use for some, and some aspects of the interior can show wear and tear before they should do so. The features and interior, however, get high marks overall, especially when customers upgrade to higher trim levels and advanced packages. Toyota and Honda offer multiple competitive models in this field as well, but the 2015 Ford Fusion is well worthy of consideration for customers who are looking for an excellent affordable midsized car.
2018 Ford Fusion Buying Guide: