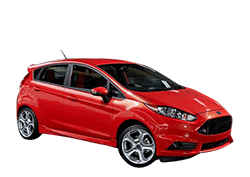 Should You Buy a 2016 Ford Fiesta? Here Are Some Reasons For and Against

Scheduled to be released later this summer, the 2016 Ford Fiesta will remain an excellent choice for the car shoppers who are on a tight budget. Despite the subcompact car’s low price, it will still come equipped several great features. Like the outgoing version, the new Fiesta promises to deliver outstanding gas mileage. Ford has also revamped the car’s interior to exude a more high-quality appearance. In terms of performance, the high-performance ST model is an affordable alternative to a pure sports car.

Although the official pricing for the 2016 Ford Fiesta has yet to be released, it should be very inexpensive. Automotive insiders estimate the starting price to be around $15,000. The subcompact’s affordability is definitely a major selling point. Due to today’s shaky economy, more drivers are starting to opt for economically-priced vehicles. Compared to the competition, the Fiesta is a true bargain.

Ford chose to use higher quality materials. While the Fiesta is not a luxury car, its interior certainly does not look cheap. The interior’s sporty design will appeal to a wide variety of different drivers. Great outward visibility remains a strongpoint. Although most owners will use their Fiesta as a daily-driver, the subcompact is comfortable enough to handle a long-distance road trip.

The 2016 Ford Fiesta will come standard with a 1.6-liter, four-cylinder engine. However, drivers who desire more performance can opt for a peppy Ecoboost engine. Fitted with a small turbocharger, the 1.0-liter EcoBoost engine can pump out a lively 123 horsepower and 125 pound-feet of torque. When equipped with the EcoBoost engine, the small car should move out in a hurry.

Drivers will be rewarded with outstanding gas mileage. While the official fuel economy ratings have not been announced, the new Fiesta should at least match the old model’s efficiency. While the base engine’s efficiency will impress most drivers, the current EcoBoost engine can deliver more than 40 mpg on the highway. Some hybrid vehicles cannot even match the Fiesta’s fuel economy.

Due to a few exterior improvements, the 2016 Ford Fiesta is now even more attractive. Like the previous version, the new model features Ford’s signature trapezoid grille. A redesigned front bumper also helps to boost the new Fiesta’s curb appeal. While some drivers may like the sedan version, there are others who will prefer the sporty hatchback model.

The subcompact’s lightweight design makes it extremely easy to maneuver on the road. This is the perfect vehicle for commuting to school or work. Unlike a large sedan, the Fiesta can easily fit into a relatively tight parking area. Although most drivers are likely to opt for the automatic transmission, the manual gearbox gives the Fiesta an extra fun factor.

According to Ford, the ultra-sporty ST model will debut later than the base model. Not only will the Fiesta ST be equipped with a potent engine, but it will feature a performance-tuned suspension system as well. Amazingly, the Fiesta ST will also be easy on gas. In terms of cost, the Fiesta ST is a great alternative to an expensive sports car

The 2016 Fiesta will be one of the first vehicles to offer Ford’s new SYNC 3 technology. The SYNC 3 infotainment system will allow drivers to easily integrate their mobile phone. From a performance standpoint, the new infotainment system is more responsive and user-friendly than the old MyFord Touch interface. This is good news for tech-savvy drivers.

Although subcompact cars are rarely noted for their luxuriousness, the Titanium model is quite impressive. While this top-of-the-line Fiesta will be a tad bit more expensive than the base model, it is still very affordable. Some of the goodies include leather seats, a sunroof, satellite radio, and key-less entry.

Drivers who are seeking extra luggage space should check out the hatchback model. When the rear seats are not being used, they can be folded down to expand the car’s cargo capacity. Furthermore, the hatchback’s European styling will definitely appeal to a lot of drivers.

Not everyone will like the size of a subcompact car such as the Ford Fiesta. While the backseat provides an adequate amount of legroom, it is still not on par with a mid-size sedan.

While the new model may be different, the Ford Fiesta does not traditionally have a high resale value.

Ford does not plan to offer an AWD system for the new Fiesta. Drivers who must travel on snowy roads may need a more capable vehicle.

Some of the key competitors include the Honda Fit and the Chevrolet Sonic. Although the Honda Fit offers a tad bit more interior room, the EcoBoost engine enables the Fiesta to deliver better gas mileage. None of the competitors have an answer for the high-performance Fiesta ST model.

The new and improved Ford Fiesta promises to offer affordability and efficiency. Although the base engine performs well, the available EcoBoost engine has received much praise from the automotive community. Meanwhile, the sporty ST model delivers a daily dose of excitement. The arrival of new technologies such as the SYNC 3 infotainment system make the Fiesta an even better bargain.

• 2018 Ford Fiesta trim levels. What you get with each trim configuration.