2018 Ford Expedition Pros vs Cons. Should You Buy? 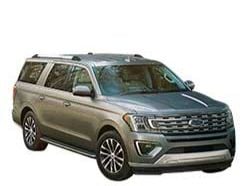 Should You Buy a 2018 Ford Expedition? Here Are Some Reasons For and Against

The Ford Expedition is one of the biggest passenger vehicles available for purchase in the US, serving as an all-purpose people and cargo transporter. A powerful engine, huge interior and a good all-terrain ability serve to make it a good choice for anyone who needs a really big three-row SUV. The full update that Ford is rolling out for the model this year serves to make the 2018 Ford Expedition even more attractive.

The 2018 model of the Expedition is all new, with a new platform, an updated engine and transmission and a full redesign of the interior and exterior styling and feature set. Marking the start of the vehicle’s fourth generation, it keeps the general spirit and market position of its predecessor, while improving on the specifics of how it accomplished those things.

The previous generation of the Ford Expedition dates back to 2007, making it one of the longest-running models without an upgrade. Given that the large SUV segment is a relatively small one, and tends to get infrequent updates from manufacturers, this upgrade should keep the Expedition as the most advanced in the class for some years to come.

The exterior redesign of the 2018 Ford Expedition builds on the successful new styling of the automaker’s smaller models to deliver a car that is both aggressive and stylish in equal parts. The prominent front bumper, large front grille and straight-line side creases emphasize the vehicle’s bulk, while still keeping its lines visually interesting. As a modern interpretation of classic SUV styling, it is bound to be a definite hit.

Underneath its sheet metal, the new 2018 Ford Expedition has had a significant infusion of both aluminium and high tensile strength steel, cutting approximately 300 pounds from the vehicle’s weight. Combined with a longer wheelbase and a reworked suspension, this ought to offer significant improvements in the model’s agility, which is a traditional weak point for this class of vehicle.

4. Larger and More Spacious
The standard wheelbase model of the new Expedition is about four inches longer than the outgoing 2017 Expedition, adding more passenger and cargo space to the vehicle. It also uses that space better: the second and third row are easier to get to, thanks to larger doors, better aligned openings and an easily-accessible slide function for the middle row.

The Expedition has always been a vehicle with more cargo space than almost any other car, and the 2018 Ford Expedition is even bigger than it was previously. Both the second and the third rows fold down for a flat cargo floor, providing excellent versatility. And even with the seats up, it offers more cargo room than most smaller cars do with all seats removed.

The 2018 Ford Expedition will be one of, if not the biggest car on the market, but for buyers who find even that a little too small, there is the Expedition MAX model, which is even larger. Replacing the 2017 Expedition EL, it adds even more to both the passenger space and cargo space available, easily outscaling rivals.

The 2018 Ford Expedition features an all-new powertrain this year that promises to be both powerful and efficient. It is a 3.5-liter turbocharged V-6 engine with an output that reaches 400 horsepower. It is attached to a very quick and efficient ten-speed automatic transmission that offers smooth performance and allows for powerful towing, quick acceleration and quiet highway cruising alike.

Borrowing from the off-road focused F-150 Raptor, the terrain management system added to the 2018 Ford Expedition has already had a trial run in the new Ford Explorer model. It features settings that optimize the transmission, suspension and engine timing to perform in various terrain conditions, including sand, snow and mud, as well as offering several more generic driving modes like Eco, Sport and Towing.

The age of the previous Expedition model was starting to show itself in its feature set, but the 2018 model’s options sheet is a welcome remedy. There are USB ports and power outlets throughout the vehicle, including the third row, and dual touchscreen rear seat entertainment, Bang & Olufsen audio and in-car wi-fi are some of the available options.

Unlike the outgoing Expedition model, the 2018 Expedition includes all of the latest active safety gear. Active lane control, adaptive cruise control, forward collision warning, blind spot monitoring, surround-view cameras and trailer assist are all on the menu in the new model. As the model has only just entered production, no crash test scores are yet available, but given the performance of both the previous generation and other Ford models that have been updated with the same aluminium superstructure, it is likely to score very well.

Reasons Not to Buy a 2018 Ford Expedition – The Cons

1. No V-8 or Alternative Options

The V-6 is so far the only engine option for the new Expedition, just as it was in the previous model. Most rivals in the class are equipped with V-8 that are about as powerful as most Expedition models, without the acceleration lag of the turbocharged engine. With no V-8 option of its own, the Expedition could be at a disadvantage in the eyes of some drivers.

Even with the agility improvements that the new chassis is going to bring to the Expedition, it remains a very large and bulky vehicle that will have a hard time navigating many smaller roads. Unless you really need the space that the Expedition offers, a smaller SUV can offer the same utility while being much easier to pilot.

The outgoing Ford Expedition was already one of the pricier vehicles in the large SUV segment, and while Ford has not released the pricing for the current model yet, the increased size and feature availability suggest that it may move even further upmarket. The high price point may make it less attractive than some cheaper alternatives in the already-pricey large SUV class.

The large SUV class is a relatively sparse one, so the 2018 Ford Expedition has only a handful of competitors, including vehicles like the Chevrolet Tahoe and the Nissan Armada. The Tahoe is another popular vehicle in the segment, and it has a more versatile interior which can be configured for more seats than the Expedition, as well as offering more features at a similar price point. However, it does not offer as much cargo room and its tow rating is lower than that of the Expedition. The Nissan Armada also saw a big update recently, and is up to date technologically with the Expedition. It is also significantly cheaper, but has less room in both the cargo and passenger areas, making it less versatile.

The new 2018 Ford Expedition builds on the main strengths that have kept the Expedition near the top of its class: an enormous amount of interior space, a strong powertrain and good driving dynamics. The new update supplements these strengths with better technology and modern styling, and keeps the car as one of the top large SUVs that money can buy.

Save Money on a 2018 Ford Expedition:
Are you Shopping for a New Vehicle? Find the Best Deals with "Free - No Hassle" Prices Quotes.