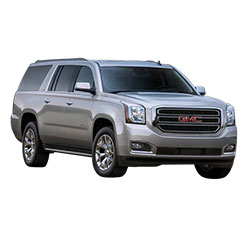 Should You Buy a 2017 GMC Yukon XL? Here Are Some Reasons For and Against

If you need a large SUV that can haul many passengers, the 2017 GMC Yukon XL deserves some serious consideration. All versions of new Yukon XL come equipped with a powerful engine and strong frame, which gives it the towing capabilities of a full-size pickup truck. Furthermore, a number of premium features are now available.

With a total production of 355 horsepower and 383 pound-feet of torque, the base V-8 engine proves to be a strong performer. It offers impressive pulling power and long-term durability. Acceleration is also quite brisk for such a large vehicle. When needed, you will be able to tow up to 8,300 pounds without any trouble.

If you desire an extra level of performance, the Yukon XL Denali is destined to leave you impressed. Its larger 6.2L engine kicks out a brawny 420 horsepower and 460 pound-feet of torque. Regarding acceleration, the SUV is exceptionally quick. It recorded a blistering 0-60 time of 6.2 seconds. An eight-speed automatic transmission optimizes the Denali model’s performance.

The optional HD Trailering package is a must for the drivers who need to tow heavy loads. It will give you an extra sense of security on the road. When pulling extra weight, the self-leveling suspension helps keep the SUV stable. Meanwhile, a trailer brake controller provides enhanced stopping power.

A truck-based frame gives the 2017 Yukon XL a robust character. This is good news for the drivers who need a vehicle that matches the versatility of a pickup. When equipped with the optional 4WD system, the Yukon XL becomes a solid off-road performer. The 4WD system’s low-range gearing enhances the SUV’s ability to tackle challenging terrain.

As expected, the 2017 GMC Yukon XL is not the most efficient vehicle in the city. However, it does prove to be a great vehicle for traveling. When equipped with the base V-8 engine, you can anticipate getting a solid 23 mpg on the open highway. However, even the monstrous 6.2L engine is still able to return up to 22 mpg.

Some drivers will be satisfied with the standard suspension. Nevertheless, the optional Magnetic Ride Control suspension gives the 2017 Yukon XL a more luxurious ride. It automatically adjusts to imperfections in the pavement. Aside from the upgraded suspension’s improved ride quality, it also makes the SUV feel more secure on the road.

In comparison to the regular Yukon, the GMC Yukon XL offers a more overall interior room. You will be able to accommodate up to nine passengers. By folding down the rear seats, you can also transform the SUV into an impressive cargo hauler. Its maximum storage capacity stands at more than 120 cubic feet.

An impressive number of goodies come standard on the 2017 GMC Yukon XL. A 4G Wi-Fi hotspot enables everyone in your family to access the web easily. Featuring Apple CarPlay and Android Auto, the IntelliLink infotainment system is now more rewarding than ever before. Meanwhile, music fans can make good use of the high-clarity Bose sound system. GM’s award-winning OnStar communications system also comes standard.

When driving the new 2017 GMC Yukon XL, you will love its great view of the road. It also has a stylish appearance. Striking projector headlamps and a bold grille make it look powerful. Featuring a stylish set of 20-inch wheels, the Denali model is the lineup’s true show pony. Some of the glossy exterior colors include Crimson Red, Onyx Black, and Dark Sapphire.

Aside from the standard rear-view camera, the new GMC Yukon XL does offer some other noteworthy safety features. The new Teen Driver mode enables parents to keep tabs on their young drivers. Automatic braking is a technology that will benefit every driver. Side Blind Zone Alert and an innovative Safety Alert Seat are also offered.
Buying Tip: To avoid overpaying on a new car, shop prices online first. Get up front pricing before you walk into a dealership. We recommend the following free services; Car Clearance Deals,   Edmunds,   CarsDirect,   NADAguides  &  Motortrend. These free services will offer you the lowest prices and supply you with multiple competing price quotes. You will know the best price before you visit the dealer.

The base six-speed transmission is noticeably less responsive than the Denali model's eight-speed unit. Its delayed response tends to hurt the SUV's acceleration.

When attempting to park the GMC Yukon XL in a crowded parking lot, you may have a very difficult task on your hands. Its sheer size makes the SUV hard to maneuver in crowded areas. Although GMC provides standard parking sensors, they can't make the extended SUV feel smaller. A three-row crossover may prove to be a better option for some car shoppers.

3. Only a Four-Star Safety Rating

In contrast to five-star SUVs such as the Ford Expedition, the 2017 Yukon XL came up short by only earning a four-star safety rating. Its three-star rating for rollover protection may be especially concerning for some people.