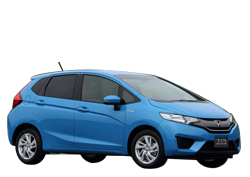 Should You Buy a 2015 Honda Fit? Here Are Some Reasons For and Against

Going all the way back to 2001, the Honda Fit has won award after award for its excellent specs, drivability, safety features, and eye-catching look. For those that have taken a look at previous models of the Fit, the 2015 release will seem familiar, but there are quite a few upgrades that owners are going to enjoy. This hatchback is competing with some major releases such as the Mazda 3 and Volkswagen Golf, but it is tough to go wrong with Honda's unparalleled quality, resale value, and attention to detail.

The 2015 Honda Fit has not been completely redesigned, but Honda has decided that it was time to listen to their customers and make some upgrades where they were most needed. There are currently three options for those looking to purchase a Honda fit including the LX, EX, and EX-L models. The LX model offers a few basic upgrades such as a backup camera and power accessories while the EX provides upgraded wheels, a pop-out touchscreen, and a LaneWatch blind spot camera. The EX is Honda's deluxe model upgrades all of the interior material as and comes with a navigation system.

While some companies continue to push the boundaries of exterior design, and this includes other Honda vehicles, the 2015 Honda Fit sticks to a timeless design that will not lose its appeal in the coming years. This simple hatchback is both sporty and eye-catching without being so over-the-top that its resale value will be jeopardized.

The upgraded safety features in the 2015 Honda Fit is one of the places where this vehicle truly stands out. Going all the way back to 2001, Fits has received a variety of safety awards in the United States and the 2015 model continues the trend of outstanding safety features such as blind side curtain air bags and 4-wheel anti-lock brakes.

Another impressive new feature of the '15 Fit is the patented lane changing and blind spot technology known as LaneWatch. Featured on the EX-L model, LaneWatch utilizes a small camera attached to the passenger side rear view mirror that transmits video to the pop-out flatscreen whenever the turning signal is on.

4. A Modern and Ergonomic Dashboard

One of the most common issues with affordable subcompact cars is a second-rate dashboard, but Honda has upgraded the Fit's dashboard for 2015. The appearance is sleek and rivals that of much more expensive vehicles. Each of the gauges are crisp, bright, and attractive during both the day and night.

The Honda Fit may not have a powerful engine under the hood, but this does not mean that drivers will have difficulty handling this vehicle. Overall, the Fit seems to be one of the most comfortably driven vehicles in its class and will be a great choice as both a daily driver or a weekend getaway car.

6. Easy On the Environment

Hybrids and fully electric vehicles may have the absolute best gas mileage, but the 2015 Honda Fit will average around 41 MPG on the highway and 33 MPG in the city. This is partially due to the i-VTEC engine that helps to optimize the use of fuel.

The “Magic Seat” design has been one of the most popular features in the Fit for a few years now and the 2015 model has upgraded this layout even further. The 60/40 design of the seats allow owners to put the passenger seats in a number of different configurations to dramatically increase cargo space.

The '15 Fit has all of the accessories that most drivers want to see in a modern car. This includes everything from power windows and mirrors to touchscreen navigation and Bluetooth connectivity for the speakers.

9. Easy On The Wallet

With the average price of subcompact cars quickly moving past the range of $30,000, the 2015 Honda Fit remains one of the most affordable vehicles in its class. Even the EX-L model's sticker price hardly rivals the price tag of similar vehicles' base models.

With over 15 years of awards, the Honda Fit has finally become a dynasty, and this means that customers know that they are getting quality. The resell prices, design, and appeal are sure to remain steady for quite some time.

Just as with most other vehicles in this class, 2015 Honda Fit owners cannot expect much power from the engine. With a fully-loaded vehicle, the 130 horsepower engine is not as peppy as some owners would wish for and uphill treks may become monotonous.

Second-Rate Interior On Base Models

Another common issue for Honda is the somewhat bland interior in the base models. The EX-L model does have some important upgrades such as leather seats, but the EX and EL models leave something to be desired.

The suspension is another place where the Fit seems to come up short. While this vehicle has great handling and is easy on the wallet, the ride can be somewhat unforgiving on pot-hole strewn roads.

How It Stacks Up To the Competition:

The Honda Fit is most often compared to vehicles such as the Ford Fiesta, Chevrolet Sonic, and the Prius C model. Each of these other vehicles seem to be focusing on achieving that 50 MPG mark in real-world conditions, but what they make up for in gas mileage they tend to lose in overall design, style, price.

The 2015 Honda Fit is a great option for those that want an exceptionally affordable subcompact with a slew of updated features. While the suspension and interior could do with some upgrades on the base model, most drivers are going to be satisfied with just how much they are getting for their money in the '15 Fit.