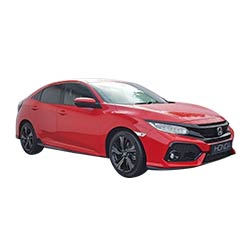 Should You Buy a 2019 Honda Civic? Here Are Some Reasons For and Against

Even though the 10th generation of Honda Civics was just introduced in 2016, Honda has been hard at work, making the 2019 Honda Civic the best it can be. Truth be told, it is hard to find that many things wrong with this new model. The 2019 Civic line-up has a new and vastly improved infotainment system, a cool new Sport trim, and retains its excellent driving performance and fuel efficiency.

Quite a few important changes have been made to the 2019 Honda Civic. First and foremost, the Sport trim is now available as both a coupe and sedan. It is also powered by a new 2.0-L engine instead of the old 1.5-L turbocharged engine. On the exterior, the front bumper has been revised to look more chic and contemporary. On the inside, the most exciting and anticipated change is that the infotainment system has been massively overhauled for improved functionality. It now features a volume knob, which should be pleasing for many Honda lovers.

Not only is the cabin of the 2019 Honda Civic huge for a vehicle in its segment, but it also offers up a lot of versatility in its design. Up front, there is plenty of room for heads, shoulders, legs, and hips. Even the sunroof does not take away from the plentiful head room. In the rear, head space is slightly more cramped (as can be expected from a vehicle in this class), but leg room is more than sufficient even for adults who are 6 feet tall.

Nothing looks dowdy inside of the new Honda Civic. In fact, it appears that Honda has once again gone above and beyond to make its cabin look contemporary and eye-catching. Even the plastic surfaces feel like they are well-constructed and will not fall apart any time soon. The higher up you go in trim levels, the more luxurious things get. You won't be paying to ride around in a luxury vehicle, but you just might feel like you are in one.

While the standard 2.0-L engine is nothing to scoff at, the 1.5-L turbocharged engine that comes on the EX, EX-L, and Touring trims is particularly worthy of noting. This 4-cylinder engine is capable of generating 174 hp and 162 lb-ft of torque, which works to create both an impressive fuel economy and give the 2019 Honda Civic a speedy acceleration. Yes, it costs extra money to make the upgrade, but the trade-off in gas mileage and power is completely worth it.

4. An Abundance of Standard Features

One of the things Honda gets right every year is that it includes a competitively long list of standard safety and infotainment features on its vehicles. This certainly holds true for the new Civic line-up. Standard features on the base LX include the Honda Sensing safety package, which is composed of automatic high beams, lane departure warning and mitigation, forward collision warning with automatic emergency braking, road departure mitigation, and automatic cruise control. Standard tech features include Bluetooth connectivity and a rearview camera.

Regardless of which engine you opt for, you will get a great fuel economy. The Civic sedan, when equipped with the 2.0-L engine, pulls in a respectable 25 mpg in the city and 36 mpg on the highway. Of course, the 1.5-L turbocharged engine is able to best those numbers due to its thrifty nature. Either way, investing in the new Civic will help you save at the pump.

The 2019 Honda Civic sometimes feels bigger than it really is while you are riding in it. While this means it does let some flaws in the road through, they are typically smoothed out pretty well. The sedan handles mid-corner rough patches with ease and does not give the impression that it will lose any amount of control. The coupe provides an even firmer performance. The cabin remains fairly quiet even at highway speeds.

Steering on the 2019 Honda Civic is weighted so that the wheel feels natural and comfortable in your hands. Everything speaks to precision, especially the variable ratio system. Whether the vehicle is driving straight on or rounding through a tight turn, steering is adequately responsive and steady. The amount of feedback that you get through the wheel is just right.

Equally impressive on the Civic is its handling capabilities. The stability system is tuned to perfection so that you can still enjoy a fun ride while feeling in control of the vehicle. Transitioning is extremely smooth, and there is very little in the way of body roll to make the driver lose confidence. In all, the Civic has some rather sprightly handling that puts a lot of its competition to shame.

The driving performance on the 2019 Honda Civic is well-rounded thanks to the incredibly secure braking system that has been put in place. The brake pedal feels firm and is therefore easy to control in any driving situation. Panic stops can be made in safe, short distances, performing better than quite a few of its competitors when tested.

There aren't many serious flaws with the 2019 Honda Civic, but it does have a few drawbacks, mostly in terms of how its technological features perform. Adaptive cruise control is one of those features that still needs some smoothing out. Adaptive cruise control is meant to automatically adjust the Civic's speed to maintain a safe distance from the vehicle ahead. However, this system seems slow to respond and can become rather frustrating for drivers.

On the flip side of the driver aid spectrum is the overly-sensitive nature of the Civic's forward collision warning system. This feature issues way too many false alarms for it to be truly helpful for drivers, and you will have to adjust the sensitivity level to get it to be as functional as possible. Even when you dial it down to the least intrusive setting, it can still be an annoyance.

Finding the perfect driving position behind the wheel of the 2019 Honda Civic might be a difficult task for some (but not all) drivers. For drivers of an average size, this should be rather simple. However, if you are closer to 6 feet in height, you might feel like your upper legs and thighs do not receive enough support from the seat. Also, trying to maneuver yourself around the steering wheel can be tough since it does not telescope back very far.

Voice control is one of those finicky features that is usually hit-or-miss in new vehicles. It's a miss in the Civic. There are multiple steps involved in using Honda's voice control system, which complicates usage. Also, the voice simply sounds unnatural. Sticking with voice control via smartphone app integration tends to work much more efficiently for most drivers.

One of the biggest competitors for the 2019 Honda Civic is, without a doubt, the 2019 Mazda 3. The Mazda 3 is incredibly sporty in terms of its performance and offers up a lot of high-end features and materials that give it a more luxurious vibe. However, the Mazda 3 is limited by its diminished cargo capacity, which is far less versatile than what you will find on the Civic. Also, the Mazda 3 provides you with a rougher ride than the Civic when the 3 is equipped with the optional 18-inch wheels.

Another top competitor for the model year is, of course, the 2019 Toyota Corolla. The Toyota Corolla comes with a lengthy list of standard infotainment and safety features which make the price tag all the more attractive. It also a spacious vehicle for its segment, much like the Civic. Unfortunately, it does not offer the same zippy and powerful driving performance as the Civic. Its acceleration is considerably more lackluster, and the ride is overall fairly boring.

Safety and fun are both to be found while driving the 2019 Honda Civic. Despite a few remaining technological issues that need to be smoothed over, the Civic puts in a strong performance for the model year, regardless of whether you opt for the sedan, coupe, or hatchback. Its fuel economy is highly competitive, and finding a more versatile cabin and cargo design will prove to be incredibly difficult indeed.