2021 Honda Passport Pros vs Cons. Should You Buy? 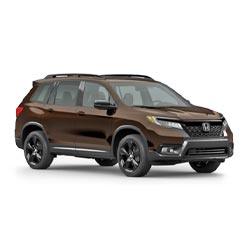 Should You Buy a 2021 Honda Passport? Here Are Some Reasons For and Against

Honda is known for making reliable vehicles that have a wide appeal. The 2021 Honda Passport is definitely something that people can count on, and it fits the bill for anyone looking for a two-row SUV. While it might not be the largest SUV nor the most capable, the features that it has should be able to please most customers. Overall, it comes with many attractive components, and it's poised to do well in the market.

For the most part, Honda has kept the 2021 Passport the same as the 2020 model. There haven't been any changes to the mechanics, dimensions, or exterior features. What has changed is the infotainment system. Now, an eight-inch touchscreen is standard. This is a huge improvement over the five-inch display that was previously included with the SUV. It brings the Passport more in line with what many other models have to offer.

Spaciousness is a main reason why SUVs do so well in the market. The Honda Passport gets particularly high marks in this regard. Front-seat passengers have over 40 inches of leg room, and back-seat passengers can enjoy almost the same amount of space. Giving second-row passengers 39.6 inches of leg room was a really smart move on Honda's part. Adults, even sitting three to a row, will be comfortable riding in the back.

2. Plenty of Space for Cargo

Another reason why the Passport has gained a lot of fans is because of the amount of interior space that's not devoted to seating. Behind the second row, there can be up to 50.5 cubic feet of cargo room. Folding those back seats down creates much more room to store bulky items, sports equipment, or anything that people are transporting. Maximum cargo capacity in the Passport is 100.8 cubic feet, and this is far greater than what many mid-size SUVs can provide.

All of the Passport trims run on the same type of engine. As a V6, it can generate 280 horsepower and 262 pound-feet of torque. This is great news for drivers who like pushing their vehicles hard. With this amount of capability, the Passport can be driven with confidence in a variety of settings.

All-wheel drive is available on the first three trims of the Passport and standard on the highest trim, which is the Elite. With AWD, the SUV can be much more adept at traversing tough terrain since power can be sent to all of the wheels. Traction can be noticeably improved. AWD Passports sit over eight inches off the ground, allowing them to clear a lot of obstacles. The Passport can feature a few different drive modes to optimize performance in the snow, sand, and mud.

5. Ready for a Trailer

Even though SUVs may all look the part, not all of them are meant for the really tough work. The Passport is one of the models that can handle a lot. Front-wheel-drive models can tow up to 3,500 pounds. That towing capacity is bumped up to 5,000 when the Honda is equipped with all-wheel drive. This gives people a lot of flexibility, and many will appreciate being able to bring their equipment with them wherever they go.

6. Information at the Driver's Fingertips

Every 2021 Honda Passport comes standard with Apple CarPlay and Android Auto. These days, a lot of people are looking specifically for vehicles with this type of smartphone connectivity. It can make so many things, such as making phone calls, sending texts, and playing favorite songs, much easier. All trims except the base model also come with SiriusXM Satellite Radio and HD Radio, and higher trims have navigation and Honda HD Digital Traffic. Further, the top two trims of the Honda can act as Wi-Fi hotspots so people can stay connected to the network.

The standard audio system on the Passport consists of seven speakers, to include a subwoofer. Having that subwoofer can make a difference in quality, and people who know and love their music are sure to notice. The Touring and Elite trims are upgraded with 540-watt sound systems that use ten speakers.

"Honda Sensing" is the name of the suite of driver-assist features that are found in the Passport and other Honda models. The suite includes warnings that will alert drivers when they're veering out of their lanes as well as when it seems like a forward collision is imminent. In some situations, the Passport can take corrective measures. It could steer itself back into position, for instance, or hit the brakes to either prevent an accident from occurring or make the impact less forceful.

Other standard safety elements are traction control, stability assist, and a rear-view camera with guidelines to help with parking. The top three trims also have blind spot monitoring and rear cross-traffic monitoring. This can be very useful since it's not always easy, nor possible, to see vehicles in certain positions relative to the driver.

Honda knows what its customers want. The company is able to build vehicles that fit people's lifestyles. The Passport has many storage compartments to make it easier to keep the cabin organized. With the push of a button, drivers can turn on their engines. Keeping the rear passengers more comfortable are air ducts that point straight to them, and the tri-zone climate system will be appreciated by all. Interior lighting, tie-downs in the cargo area, and numerous beverage holders are other practical features.

Some trims of the Honda Passport look very upscale. On the exterior of the SUV, there could be LED fog lights and LED headlights, along with a moonroof that can let in fresh air and natural light. Inside the cabin, there could be leather seats, front seats with heating and ventilation, and a leather-wrapped steering wheel. These are elements that one would expect to see in a luxury model but not necessarily in a Honda.

Reasons Not to Buy a 2021 Honda Passport – The Cons

The Elite trim is pretty impressive. It has so many high-tech features, and it's decked out with luxurious materials. It definitely has a sophisticated feel to it, but it also has an expensive price tag. With a starting price of nearly $44,000, it's not going to be affordable for too many people. There will be a lot of customers who won't be able to justify spending an additional ten grand on the Elite in comparison with the base model.

There are a few SUVS out there that are similar in size to the Passport and offer an optional third row. This really broadens the appeal of those particular models. With the Passport, Honda has made the decision to limit the number of seats to five. This makes sense on one level, but at the same time, it means that the Passport won't appeal to people with large families or those who would otherwise need an extra seat on occasion.

The 2021 Honda Passport isn't going to win anyone over with its fuel economy. Front-wheel-drive models can earn up to 25 miles per gallon on the highway and only 20 miles per gallon in the city. Having all-wheel drive pushes those numbers lower. AWD Passports can achieve up to 19/24 (city/highway) miles per gallon.

With all the innovations in the automotive industry, people are expecting more and more out of their vehicles. It's nice that Honda has put in an eight-inch touchscreen on every Passport, but what would be even nicer is a larger touchscreen that could be available on the higher trims. Some other brands give customers the option of getting a ten-inch (or so) touchscreen on their top trims. By doing so, they can gain a lot of attention from consumers who love their technology. Honda maybe missed an opportunity by limiting the Passport to an eight-inch touchscreen.

Toyota versus Honda is a classic matchup. Both brands have been around for decades, and both seem to attract a similar type of buyer. With the Venza, which is a hybrid SUV that's being re-released in 2021, Toyota has made a solid SUV. However, it doesn't come close to what the Passport has in terms of horsepower. Going along with that point, the Venza isn't rated to tow any cargo.

Another reason why some consumers will favor the Honda Passport over the Toyota Venza is that the Passport has significant more interior room. This makes the Passport much more practical for those who foresee themselves packing up the cabin with people and/or cargo.

The Honda Passport is solidly built, and it checks off a lot of boxes. It has a comfortable cabin that can easily fit five adults, it has a lot of storage space, and it has impressive capability. It's rugged while still looking mainstream, and it's practical without feeling cheap. It's exactly what many consumers are looking for, making it kind of like the Goldilocks of the SUV market.


Save Money on a 2021 Honda Passport:
Are you Shopping for a New Vehicle? Find the Best Deals with "Free - No Hassle" Prices Quotes.