2016 Hyundai Elantra Coupe Pros vs Cons. Should You Buy? 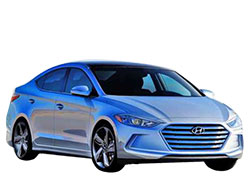 Should You Buy a 2016 Hyundai Elantra Coupe? Here are the Pros and Cons

Compact cars became quite popular during the late 2000s as gas prices rose, but Hyundai entered the compact car market early on. Its Elantra arrived in 1990 as a basic economy car that got good gas mileage and had a low price. That vehicle went through some big changes over the years before Hyundai released the coupe model in 2012, which had a sleeker body style and a larger engine. Though the company announced plans to discontinue the model, you can still bring home a 2016 Hyundai Elantra Coupe.

The 2016 Hyundai Elantra Coupe is the most recent remodel of the car and the sixth generation of this model. The manufacturer now offers a base edition with a low price tag, a value edition that comes with extra features but costs less than other models, a sport version that is smaller and a luxury limited edition. Prices on those models range from around $17,000 to a little under $22,000.

New for 2016 is a 2.0L engine that comes standard on the Sport model. Base models of the 2016 Hyundai Elantra Coupe come with a 1.8L engine. Though the newer engine type gets less gas mileage than the original engine, it provides a more powerful boost to drivers.

While other automobile manufacturers only offer a manual transmission in smaller and sportier cars, Hyundai gives shoppers more options. A six-speed manual and six-speed automatic transmission is available. Both types of engines get up to 28 mpg in the city and 38 mpg on the highway.

All 2016 Hyundai Elantra Coupe come with a 60/40 fold down seat in the back. This allows drivers and their passengers to gain additional space inside and to reach items stored in the trunk. They can use the simple controls on the seat to adjust it.

Controls come mounted and ready to use on the steering wheel in the Sport and other luxury editions, but shoppers can also pay extra for those controls. Each button allows them to use Bluetooth-enabled devices while driving. They can also use cruise control and other features from the steering wheel buttons.

Listening to music, taking phone calls and doing other things with a smartphone is easy because of the input jacks located right on the console. A USB jack allows drivers and passengers to plug in a smartphone, tablet or music player. The car also comes with an auxiliary input jack that works with other devices.

Though standard on some models, proximity start is a feature available for all 2016 Hyundai Elantra Coupe models. The system automatically detects the presence of a key on the driver or in the vicinity of the car. Drivers can use the push button on the dashboard to start the car without inserting a key.

Chrome accents, like those available on multiple versions of the car, add a stylish touch to the body. Some models come with a shiny chrome grille, while others come with a deeper and more dramatic-looking black chrome grille. Shoppers can also look forward to chrome door handles and beltline molding.

Automatic headlights come standard on higher end models and are an optional feature on the base model. These headlights automatically come on and off based on the amount of light the car detects. Projector headlights, which use LED bulbs, are also available.

With Electronic Stability Control (ESC), drivers can stop worrying about sliding across the road when they take their eyes off the street for a second. This new feature keeps the car stable to prevent accidents. It also works with the braking system to keep the car on the road.

The 2016 Hyundai Elantra Coupe has a Traction Control System (TCS) too. This system identifies any wet or slick roads and works with the braking system and wheels to reduce how quickly the tires spin. This keeps the coupe from slipping on roads.
Buying Tip: To avoid overpaying on a new car, shop prices online first. Get up front pricing before you walk into a dealership. We recommend the following free services; Car Clearance Deals,   Edmunds,   CarsDirect,   NADAguides  &  Motortrend. These free services will offer you the lowest prices and supply you with multiple competing price quotes. You will know the best price before you visit the dealer.

Reasons Not to Buy a 2016 Hyundai Elantra Coupe – The Cons

Reviews of the 2016 Hyundai Elantra Coupe from expert draw attention to its poor suspension. That suspension can leave drivers feeling like they're bouncing around inside the car. Even the Sport, which the company designed for rougher roads, comes with the poor suspension.

The base model has a seating capacity of five people, but most will find that it lacks the space they need or want. The limited edition sedan has much more space than the coupe. Hyundai also offers an SE model that has more interior space.

With a name like Elantra, drivers might expect the car to look luxurious and expensive on both the interior and exterior. Early reviews of the 2016 Hyundai Elantra Coupe found that it features some plastic decorations and components on the inside. Those materials may make some think the car looks a little too cheap.

Primary competitors to the 2016 Hyundai Elantra Coupe include the Ford Focus and the Toyota Corolla. While the Focus gets slightly better gas mileage, most find that it's too small for transporting more than three people. The Corolla gets mpg similar to the Elantra but has less interior space as well. Another thing to keep in mind is that those two models do not have the standard safety features found on the Elantra. The Elantra comes with safety features similar to those found on larger cars and sedans.