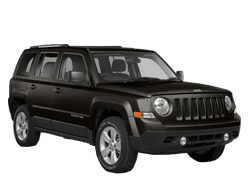 Should You Buy a 2015 Jeep Patriot? Here Are Some Reasons For and Against

The Jeep Patriot was introduced to the Jeep line in 2007, and since then it has become known as one of the lowest-priced crossover SUVs on the market. This article will review some reasons to buy this affordable SUV, and it will also highlight some reasons to possibly not buy this vehicle. Comparisons of the Jeep Patriot to some of its current competitors will be made after the pros and cons.

For the 2015 model, the Jeep Patriot basically maintains the same features as the 2014 model, but with a new paint color option (Eco Green Clear Coat), optional Garmin navigation, and a new dome light in the cargo area. The main change for the 2015 model is the addition of mounted side airbags for the front seats.

As one of the lowest-priced crossovers in the US, the Jeep Patriot is ideal for those on a budget who are looking for an SUV. Consumers rate the 2015 Jeep Patriot as a good value for the price. The MSRP ranges from $16,695 to $26,695.

The Jeep Patriot comes in five trims with various prices, fuel economies, and features that are geared toward the individual buyers who know what they want. Instead of offering one standard Patriot SUV, the five trims allow for a wider customer base, as some drivers will prefer vehicles with specific features.

For example, some trims offer better gas mileage, better seating, and features such as automatic windows (instead of hand-crank windows) as well as key-less entry capabilities. The more features available, the higher the price, but it is still the same Jeep Patriot model. From the Sport to the High Altitude Edition, there is a Patriot for every Jeep customer.

3. Decent Fuel Economy for the Price

For being on the lower-end of the SUV price spectrum, the Jeep Patriot does feature suitable gas mileage. Averaging 23 MPG in the city and 30 MPG on the highway, the Patriot can help save on gas money.

As far as vehicles go, the Jeep Patriot is considered fairly reliable and can handle areas of questionable traction.

The Patriot has standard safety features overall, and has received good marks in most crash areas of the vehicle. The weak area in its safety performance seems to be in the front of the car.

Many 2015 Jeep Patriot owners say that the cabin is quite comfortable, an important characteristic for a car that they sit in every day.

When looking for a vehicle to get a driver started off in the Jeep family, this is a relatively easy one to try. Its low price and quality ride set up the buyer with a way into the Jeep world, without losing an arm and a leg in the process.

If a customer is looking for a car that is small enough for everyday use, yet capable of handling some limited tough terrain situations, the Jeep Patriot is the perfect balance. From driving to work, to heading for a weekend hike, this car can get the job done.

Since there have not been many changes to the Jeep Patriot vehicle from the 2014 model, customers know they are getting a car that has been approved for another year. And because there were no major problems to improve for 2015, Jeep stood behind the Patriot and kept its classic look and drive experience for another year.

Reasons not to buy the 2015 Jeep Patriot - The Cons

Since the 2015 Jeep Patriot does not feature many updates from the 2014 model, some reviewers are worried that Jeep is not keeping up with the competition and that the Patriot may be lacking in key technological updates moving forward.

Reviewers of the 2015 Jeep Patriot have complaints about the engine being slower than its competitors. Other cons are its poor acceleration rate, and its reported uncomfortable feeling when driven.

3. Boxy Shape- Not So Flattering

Like trying on a new shirt, no one wants to look boxy. While the Jeep Patriot is designed with function in mind, its design appears slightly unattractive and some reviewers wonder why such a square shape is necessary.

Customers looking for an SUV with large cargo capabilities will not be satisfied with the storage space of the Jeep Patriot. With the backseats folded, it only has 63.4 cubic feet of cargo room.

As a crossover SUV, consumers expect the 2015 Jeep Patriot to have significant off-road abilities. However, many have found the Patriot does not perform up to standards on off-road terrains, despite its proven abilities on standard roadways.

Overall, the 2015 Jeep Patriot is a great choice for those looking for a lower-priced SUV. With the low price, however, comes the cost of technology that may be behind, limited off-road abilities, and less cargo space.