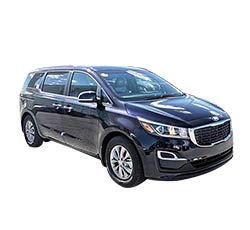 Should You Buy a 2020 Kia Sedona? Here Are Some Reasons For and Against

Kia began its Sedona range over 16 years ago, with the range improving steadily throughout this time. As a result of this continued improvement, the range has routinely been a notable release into the minivan category with each installment, with the majority of this being driven by its reliability.

This is something that can be said of the 2020 Kia Sedona, which sees a variety of tweaks and improvements from its predecessor. Many people may be considering the model based on the range’s history, although they may be unsure as to whether it would be a wise decision.

The 2020 Kia Sedona has quite a wide variety of benefits, although it should be noted that it also has a few notable drawbacks. While people looking for a practical and reliable minivan will be the largest section to benefit from the vehicle, there are several other reasons why it could be a consideration.

As such, the new Kia Sedona deserves an in-depth look as to what sets it apart from others in the class, as well as where it doesn’t compete.

Though the Kia Sedona range received a significant overhaul several years ago, the new version has gotten a few new additions. While these are primarily focused on the exterior, they help breathe a breath of fresh air into the minivan.

The majority of these changes can be seen in the grille, wheels, and lights. Though this doesn’t make the 2020 Kia Sedona much different from some of its predecessors, it does mean that it’s gotten somewhat of a face-lift.

As such, the classy and somewhat sporty feel of the minivan has been enhanced, which is something that many potential buyers may be attracted to.

There are quite a large number of reasons why the 2020 Kia Sedona may be an attractive choice for many buyers. While there are a few that may vary in significance depending on personal preferences, there are a few, in particular, that stand out.

The interior design of the new Kia Sedona is primarily geared toward families, with this being seen in a variety of ways. Much of this is seen in the engaging and spacious design that the cockpit and rear seats enjoy.

Alongside this is that the vehicle allows for more room to be created through the innovative movement of seats, with the third-row fitting neatly in the floor.

A well-designed space isn’t the only thing that the 2020 Kia Sedona’s interior has to offer, as there are quite a considerable number of high-tech features to take advantage of. The majority of these are geared toward conveniences, such as wireless phone charging and connectivity.

Alongside this is a surround-sound system that provides high-quality audio, which further enhances the minivan’s entertainment features.

The interior of the new Kia Sedona isn’t the only visually appealing element, as the exterior offers quite a significant sense of style. Much of this is because the overall design of the minivan seems to buck tradition in the category.

The majority of this can be seen in the upgraded LED headlights, as well as slightly larger wheels, among other stylistic changes. This is further enhanced through a curved beltline and quite an impressive grille.

To further enhance the convenience of the technology features, the tech on the 2020 Kia Sedona is designed to be intelligent. As a result, there’s a large amount of intuition with the majority of these features, which is something that the majority of drivers will want to take advantage of.

While the touch-screen display is centrally located and easy to use, the minivan’s voice control can be much more intelligent and efficient to use.

Safety is something that every minivan ranges has in spades, although some are much better than others. The new Kia Sedona is one of these, as it provides quite a significant number of safety features as standard.

These features can also be much more intelligent than what drivers may see with other vehicles in the class. Alongside this, some of these options have been designed to give you more control over the 2020 Sedona, which is something that the majority of drivers will want to capitalize on.

Many minivans tend to sacrifice either power or handling in their design, with the choice seemingly being one or the other. As a result, it can often be difficult to find a model in the category that offers a great blend of both.

The 2020 Kia Sedona is one of the more notable, as the base engine for the vehicle has been fine-tuned over the past several years. As a result, there’s quite a significant amount of noise reduction, as well as much better shock absorption.

A few relatively unique touches drive this to the new Sedona, such as an extra rear strut and a high-strength chassis. These should have a drastic impact on the vehicle’s overall handling without having any harmful effect on the engine’s performance.

Minivans aren’t typically well-known for their towing capacity, although it’s not uncommon for them to offer a decent amount of it. This has been partly why the class has been popular among many families for quite some time.

Despite this, many drivers may find that some don’t have the towing power they’re looking for. This shouldn’t be the case with the Kia Sedona, as it offers a much larger towing capacity than many of its competitors.

As a result, it can be a recommended option for people who go on a lot of camping or hiking trips.

The 2020 Kia Sedona shines when it comes to convenience, where there is a few notable ways that this is on show. One of the most significant is that UVO has been added to the minivan, which brings a variety of benefits along with it.

Some of the most notable of these are that it provides drivers with local points of interest, vehicle maintenance, speed notifications, and much more. Alongside this, it allows drivers to pre-program a trip on their smartphone or connected device and sync it up with the vehicle.

With its family-oriented approach, the new Kia Sedona has a variety of comfort options to choose from. A notable aspect of this is the Tri-Zone automatic climate control, which separates the vehicle into the driver’s seat, front passenger, and rear zones.

By doing so, it allows drivers to create an optimal heat level in each area, which is something that isn’t seen in many minivans. The front seats of the vehicle also offer three heating options, which can further add to the 2020 Sedona’s comfort.

The family-friendly features don’t stop with the comfort, as the 2020 Kia Sedona’s seats are made from stain-resistant fabric. While this is something that every owner can benefit from, it’s something that can be especially true for families, especially if the children have a habit of creating a mess in the back seat.

This ensures that the Sedona is much easier and faster to clean, which is a benefit that every owner should enjoy.

Despite having a considerable number of benefits, some drawbacks become apparent with the 2020 Kia Sedona. Depending on what a buyer’s personal preferences are when choosing a minivan, these could make or break the decision. As such, they’re worth paying a certain amount of attention to.

Despite being a family-oriented vehicle, the 2020 Kia Sedona offers much less cargo space than you might expect. While this is primarily the case when all of the seats are up, it doesn’t get much better when the seats are down.

Compared to many others in the class, the Sedona is an underperformer in this regard. Though there are a variety of family-friendly benefits, this is quite a drawback.

The quality of the Kia Sedona’s drive is much lower than you might expect. While drivers shouldn’t notice many bumps or shocks when they’re driving at slower speeds, it can get progressively worse the more they speed up. As such, the minivan has a noticeably worse ride quality than buyers may want.

While minivans aren’t the most well-known vehicles for fuel economy, drivers have become accustomed to getting a certain amount of range with their gas. However, the 2020 Kia Sedona underperforms significantly here, which is something that many buyers may be surprised by. Though this mightn’t be notable in the beginning, it can become a larger issue over time.

The Kia Sedona range has always been noted for its quality and how well it performs against many of its competitors, and the 2020 edition is no exception. Over the past several years, Honda has been the manufacturer’s biggest competitor, although the Sedona has beaten out many of the minivans that it’s been put up against.

This has been on show in a variety of ways, with the 2020 Kia Sedona looking to improve on the majority of these. Some of the most notable aspects of these have been in terms of safety and reliability, which are areas that the Sedona range has seen a significant amount of praise.

As such, these are the primary areas where the new Sedona stands out compared to the rest of the minivan market. However, the vehicle’s passenger space is something that’s much larger than many other models on the market, which is something that many people may want to take advantage of.

The 2020 Kia Sedona has quite a large number of overall features that many people will want to take advantage of, although there are a few areas where it falls short. Much of this can be seen in the fact that the manufacturer hasn’t overlooked the details when designing the minivan.

These come together to ensure that the new Kia Sedona is a dependable vehicle that offers a large range of features. Alongside this is a significant amount of cargo and interior space, which means that it can be a well-recommended family-friendly vehicle. This is enhanced by the stain-resistant fabric that can be great for a child’s messes.

Save Money on a 2020 Kia Sedona:
Find New Car Clearance Prices - Many Vehicles are Selling Below Dealer Invoice Prices.

Every dealer offers a secret price. Many prices are below invoice. Find yours here.
2020 Kia Buying Guides: