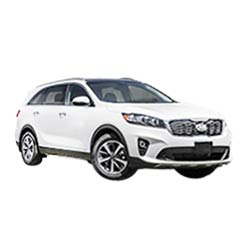 Should You Buy a 2020 Kia Sorento? Here Are Some Reasons For and Against

There have been a lot of high-quality family-friendly SUVs released over the past several years. This has led to the space feeling somewhat cramped, with many consumers not knowing which of the vehicles to choose.

One of the recent standouts has been the 2020 Kia Sorento, which offers quite a significant number of advantages in comparison to others. Much of this is seen in the fact that the vehicle offers a quality interior while also being one of the more affordable in its class.

While many people would assume that the relatively low price tag would mean that the 2020 Kia Sorento lacks a significant number of features, this isn’t the case. Instead, there are quite a variety of them available as standard, with the optional extras also coming in at a cost-effective price.

However, many potential buyers may not be convinced by price alone. Instead, they’ll want to ensure that the vehicle is right for them. There are quite a few reasons why you should consider buying it.

There have been quite a few notable changes to the Kia Sorento range over the past few years. However, the majority of these took place with the 2019 edition of the vehicle. One of the more notable aspects that were changed includes the removal of the turbocharged engine option.

Despite this, the 2020 Kia Sorento still has the option of a V6, so buyers should always be able to take advantage of a large amount of power. Alongside the engine change in 2019, there were a few other changes, such as somewhat of an interior and exterior redesign.

Despite this, the 2020 Sedona does offer quite a notable amount of high-quality driving as a result of these modifications. As a result, people who’ve already owned previous editions may be able to take advantage of the improvements, especially if their model is a few years old.

The 2020 Kia Sorento has quite a large number of notable benefits going for it. As a result, there are a few noteworthy reasons why the vehicle could stand out for many potential buyers. While much of this can depend largely on personal preferences, there are a few areas where the SUV comes highly recommended.

1. Base Model Is Great Value For The Money

One of the most notable aspects of the 2020 Kia Sorento is that it's base model is much more affordable than many people may think. Although this would lead many to believe that there’s a lack of features included as standard, this isn’t the case.

Instead, there’s quite a notable number of features available with the base model, making this quite a cost-effective purchase when compared to many others. Though this comes down somewhat with the higher-end trims, it’s something that can be seen when put against the majority of its competitors.

Despite the fact that the new Kia Sorento no longer have a turbocharged engine available, there are still quite a variety of powertrains on offer. The choice includes a V6 option that adds quite a significant amount of power to the SUV.

An optional AWD is also available, which this making the drive much smoother than competitors. Buyers should also be able to see quite an impressive fuel economy, regardless of which engine option they take advantage of.

The 2020 Kia Sorento offers a much more pleasant drive than many people may be expecting. This is primarily seen in the stylish interior that’s available with the vehicle, which makes it quite comfortable to drive in.

Much of this can also be seen in how smooth the drive is, with the engine causing almost zero noise inside the cabin. Alongside this is a large amount of shock absorption, so drivers shouldn’t need to worry about bumps on the road.

Braking is something that’s an issue for the majority of SUVs, as they’ll need to have a significant amount of power behind them. While this is predominantly the case, many braking systems may feel much safer than others, for various reasons.

The new Kia Sorento has a braking system that the majority of people will want to take advantage of. Rather than apply braking evenly, this is based on weight distribution, which can often provide much better stopping power.

One of the notable features of the new Kia Sorento is that it offers owners the use of a UVO feature. This allows drivers to pair their smartphone or connected device with the SUV, which then allows them to control a variety of functions.

Some of the most notable of these include locking and unlocking the vehicle and controlling the sound system, among many others. While this may not be something that everybody uses, it could prove to be quite useful.

There are five trim levels available for the 2020 Kia Sorento, each of which provides quite a considerable number of features. Depending on what a buyer’s particular preferences are, each trim could provide quite a significant variety of options to choose from.

While the higher-end options are naturally much more expensive compared to the base edition, the features that come with each trim could provide a significant amount of value.

While the Kia Sorento includes a large number of safety features as standard, there are quite a considerable number of optional upgrades that many people may find appealing. Though these are things that some of the SUV’s competitors include, the cost of the Sorento’s upgrades seems to be lower.

When it comes to safety features as standard, the 2020 Sorento definitely outperforms the majority of their competitors.

The majority of SUVs will offer a long enough warranty, although this is something that the majority of them may lack in various ways, especially when it comes to distance. However, the 2020 Kia Sorento offers a much larger warranty than many buyers may have expected.

This is something that extends to both the powertrain and the overall vehicle, both of which last much longer than many of its competitors.

One of the notable drawbacks of many SUVs is that their exterior may not be as well-designed or upgradable as some people may want. However, the new Kia Sorento offers many more upgrades here than much of its competition.

Alongside this is that there are quite a significant number of these available as standard, which is something that the majority of people will want to capitalize on. For the optional upgrades to the exterior, buyers shouldn’t be expected to pay too much.

While the base engine of the 2020 Kia Sorento offers a large amount of towing power, it can be noticeably lacking when compared to others in its class. However, the V6 engine upgrade that’s available with the SUV offers considerably more than you might expect.

Coupled with the overall engine power that comes with this, and buyers should see a large amount of value with the upgrade.

While there are quite a significant number of reasons to consider buying the 2020 Kia Sorento, there are also a few notable drawbacks. This is especially true if you’re looking for a spacious interior with a large amount of cargo space. While these mightn’t bother some people as much as others, there are a few negatives to the SUV.

The majority of buyers may want to aim for a sporty SUV, although this isn’t where the Kia Sorento shines. Though the vehicle offers a large amount of power, it doesn’t have as much handling or turning quality that many people may expect with its class, which is quite a notable drawback.

Cargo space is something that the majority of people will want in an SUV. However, the 2020 Kia Sorento has a notable lack of this, with much of this being driven by the inclusion of the third row of seats. The cargo space doesn’t improve too much with these seats down.

Despite the third row of seats taking away much of the cargo space, they don’t offer much room of their own. As a result, the section can feel much more cramped than many people may want. Though the vehicle is family-friendly in a variety of ways, this isn’t one of them.

Many potential buyers will want to know how the 2020 Kia Sorento stacks up to the majority of its competition. While the SUV does lack in some areas, it does outperform many others. Much of this can be seen when compared to the Toyota Highlander, a range that it’s been in competition with for several years.

While the Highlander offers significantly more cargo space, it does lack a variety of features that come as standard with the Kia Sorento. Alongside this is the fact that the base model of the Toyota Highlander is more expensive than that of the new Kia Sorento. While this balances out somewhat at higher-end trims, it’s still quite notable.

Many people may also compare the vehicle to the Honda Pilot, which has a few additional benefits. While cargo space will naturally be one of these, it also offers a better engine and can seat more people comfortably.

However, the Honda Pilot range is also much more expensive than the new Kia Sorento. Similar to the Highlander, this is something that isn’t as large with higher-end trims.

The 2020 Kia Sorento offers quite a large number of features for a quite affordable asking price. As a result, it’s one of the much more cost-effective SUVs on the market. This is especially true for families, which is where the majority of the vehicle’s benefits will be seen.

Alongside this is that it offers some of the best safety features available, with the majority of these coming as standard. If you’re looking for a safe and reliable drive for your family, then the 2020 Kia Sorento is worth a consideration.
Did you find this article useful?
Please rate this page. Select a star rating from 1 to 5 below:

Save Money on a 2020 Kia Sorento:
Find New Car Clearance Prices - Many Vehicles are Selling Below Dealer Invoice Prices.

Every dealer offers a secret price. Many prices are below invoice. Find yours here.
2020 Kia Buying Guides: