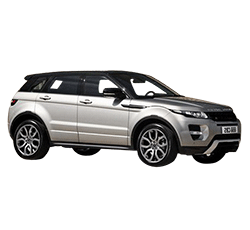 Should You Buy a 2015 Range Rover Sport? Here Are Some Reasons For and Against

Few people who own a smaller SUV would believe that a 5,400-pound vehicle is able to combine rapid acceleration and overwhelming power with confident, nimble handling. That is exactly what buyers can expect with the 2015 Range Rover Sport from Land Rover. This luxurious piece of transportation not only outperforms the other crossovers in its segment, it also offers the quietest, most comfortable ride of any upscale, mid-size SUV.

While it is true that this impressive vehicle costs more than the budget-minded consumer is prepared to shell out, those who make the choice to go with the best are never disappointed with Land Rover. Aside from the minor flaws - poor gas mileage and a smallish-sized cargo area - the Range Rover Sport delivers aplenty. Beautiful interior accents, state-of-the-art high-tech features, and lots of power from the V8 engine are what sets this crossover apart from the competition.

What's New For 2015
The Range Rover Sport now has a new member. The SVR version comes with 21-inch wheels, a new sport-tuned suspension, and an innovative transmission programming that is the talk of the auto world. The InControl Apps found on other Land Rover vehicles is now included, and buyers will enjoy the new smartphone integration. The driver assistance package is all-new, and the model now features standard satellite radio.


The powerful supercharged V8 engine cranks out 550 horsepower, with a zero-to-60 mph time of only 4.6 seconds. The smaller standard engine is no slouch, either. This smaller, 3.0L V6 delivers 340 horsepower, and the available mid-size 5.0L V8 pumps out 510 horsepower.

All of the V8 engine trims are capable of providing the power needed to tow up to 7,700 pounds. The suspension system allows for remarkable driver control. There is virtually now sway or rattling when towing a heavy load.

3) Five Trims From Which To Choose

Most luxury SUV crossovers are available in only two or three trims, with an optional performance package on the most expensive one. Land Rover has seen fit to give potential buyers many options for building their own Range Rover Sport. The base trim SE offers xenon headlights, LED running lights and tail lamps, and a self-leveling air suspension system. The HSE trim adds 20-inch wheels, a sunroof, and leather upholstery as standard equipment. The Supercharged trim includes the V8 engine as well as low-range gearing on the 4-wheel drive. Steering wheel paddle shifters are also standard. The Autobiography trim comes with 21-inch wheels, 16-way power front seats, and a sophisticated virtual instrument cluster. The luxurious SVR trim has such standard equipment as front and rear sport seats, and the more powerful V8 engine.

The uplevel trims can be purchased with the high-quality stereo system from Meridian. This audio system is bundled together with the InControl Apps and comes with a mind-boggling total of 23 speakers. The audio controls are easily programmed on the touchscreen.

Even the lower-trim versions of the 2015 Ranger Rover Sport are nicely appointed. The wood and metal inlays are especially nice, and the lower-situated front seats give the driver and front passenger a feeling of snug comfort. The 8-inch touchscreen is very easy to use and program, and the InControl Apps specially programs Android and other smartphones so that the important icons on the viewscreen look the same as they do on the phone itself.

The adult outboard seats in the second row are very large, and there is no worries about cramped conditions regardless of the size of the passengers. The rear seats are power-folding, operated with a single push of a button.

This system doesn't work that well on some of the larger SUV models, but the Range Rover parks itself very easily. The automatic space exit means not having to worry about pulling out directly into street traffic.

Available on all trims, these include a blind-spot warning, lane departure alert, and a surround-view camera. The rear vision camera is standard on all Range Rover Sport trims.

Although it's not quite as rugged as the regular Range Rover model, the Sport can make its way nicely over uneven terrain, primarily because of the top-quality suspension system.


Unless you truly want to spend $73K or more, there's no point in considering this model.

The best that can be hoped for is 19 mpg on the highway, and this goes down significantly when heading off-road.

The rear seating is for kids only. Even when these rear seats are folded, the vehicle boasts only about 62 cubic feet, less than nearly all other models in its segment.

The main competitors in the arena are the Porsche Cayenne, BMW X5, and Mercedes-Benz M-Class. The Porsche offering weighs less and gets a little better gas mileage, but does not handle as well as the Sport. The BMW X5 is nearly as powerful and is just as nicely appointed. The Mercedes-Benz M-Class vehicles aren't quite as sporty and aren't as responsive at high-speed.

The crossovers in the mid-size luxury segment are pretty similar, but only the Land Rover Range Rover Sport can truly be called a powerful yet nimble monster of an SUV. The incredible acceleration, great handling, and beautiful interior are enough for many consumers to make their decision about which model to buy. Riding in ultra-comfort is important to many who choose to go with a luxury SUV, and comfort is just what awaits those who dig deep into their pockets for the down payment on a new 2015 Range Rover Sport.