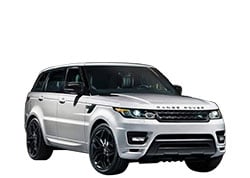 Should You Buy a 2016 Land Rover Range Rover Sport? Here are the Pros and Cons

The main manufacturer that consumers think of when looking at luxury SUVs is Land Rover. One of the top SUVs that the company produces is the Land Rover Range Rover Sport. Released to the public in 2005, most of the first generation models look the same. It wasn't until 2013 that the company released the second generation of Sports. The 2016 Land Rover Range Rover Sport models currently available are all part of that second generation. Finding out more about the 2016 model is an excellent way to compare it against SUVs from other manufacturers.

The new model ranks high in several categories identified by U.S. News and World Report, including midsize SUVs, SUVs with three rows of seating and off-road SUVs. Though it retains the same body style and interior size that it had in the past, it now comes in a turbodiesel engine option that is better suited for off-road driving. That turbo engine version also gets better gas mileage than the base model does.

In addition to performing as an SUV, the new Range Rover Sport is a crossover vehicle to boot. While some drivers find that they love the way it handles on crowded city roads, it does just as well on the highway. It's also great for those who want to take it off-road.

3) Faster Than Ever Before

Those who want to reach top speeds faster than ever before will love the new Sport. It can go from zero to 60 mph in just over seven seconds. The turbo version can reach top speed even faster.

Wood and leather decor helps set the Sport apart from all other competitors on the road. Drivers love the way those materials work together to create a gorgeous look on the interior, with the wood accents on the dash serving as the perfect complement to the leather seating.

The 2016 Range Rover Sport now comes with an impressive three rows of seating. While some may find that the front seats are more comfortable, the seats in the back are perfectly suitable for passengers. The driver seat even has adjustable buttons along the side.

As more people use smartphones and other forms of technology on the go, automobile manufacturers must find ways to compete. Land Rover now includes an integrated dashboard and console system that works with smartphones and other electronics. It comes with a WiFi hotspot, an auxiliary port and touchscreen.

The 2016 Range Rover Sport makes it easy for passengers to feel entertained while on the road. A backseat entertained system lets those passengers surf the web, watch movies and even listen to music. It also comes with a stereo system that includes up to 23 speakers.

8) Avoid Front and Side Collisions

Avoiding front and side collisions is easy because of the safety features found on this Range Rover model. A warning system identifies potential front end collisions and forces the brakes to come on automatically. It also comes with a lane departure warning to alert drivers of possible side crashes.

The 2016 Range Rover Sport comes loaded with airbags that protect both the driver and any passengers. There are both front and side airbags, and the bags are in the front and sides of the vehicle.
Buying Tip:

Many people buy luxury SUVs because they want to have more room for hauling around their families, friends and belongings. The main complaint associated with the 2016 Range Rover Sport is that it doesn't have quite as much cargo space as some would like. Its extra third row of seating cuts into the cargo space.

Land Rover now includes a touchscreen infotainment system that sits in the center of the dashboard on this model. While conveniently located, some find that it's difficult to use and that it has a clunky design. It might take a few weeks for some to figure out how to use that system.

The 2016 Land Rover Range Rover Sport has a manufacturer's suggested retail price of nearly $65,000 for the base model. Adding all the optional features can increase that price to more than $110,000. That makes it more expensive than comparable models from other leading luxury SUV manufacturers.

The 2016 Range Rover Sport is a luxury SUV along the likes of models produced by BMW and Porsche. Its main competitors are the 2016 Porsche Cayenne and the BMW X5. Though the Sport is more expensive than those models, it gets better ratings from reviewers. Those reviewers especially like the comfortable and stylish interior and the way the Sport performs on the road. It also gets higher safety marks than those other models.

It's hard to find anything that buyers don't like about the 2016 Range Rover Sport. The main complaint surrounds the infotainment system that comes standard on all models, which some find clunky and hard to use. Others dislike the limited storage space in the cargo area. While some have complaints, most love the way the 2016 Range Rover Sport handles and the comfort of its interior. It ranks as a great luxury SUV for people of all types.
2016 Land Rover Buying Guides: