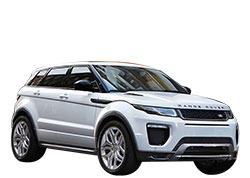 Should You Buy a 2016 Land Rover Range Rover? Here are the Pros and Cons

The Range Rover is the upscale version of Land Rover’s already luxurious off-road SUVs. The 2016 Range Rover combines the size and all-terrain ability of rugged utility vehicles with high-end luxury and a veritable cornucopia of advanced technological and entertainment features. The result is a refined and well-engineered car that can serve both as a comfortable people transporter and a powerful off-road utility vehicle.

What’s New in 2016
The Range Rover was completely redesigned in 2013, so the current model features more incremental upgrades that large-scale changes. The biggest addition is a new turbocharged diesel V6 engine that expands the car’s already comprehensive list of power trains. In most other regards, the 2016 model is very similar to the 2015 one.

An SUV, especially a luxury one, needs to have plenty of power under the hood and the 2016 Range Rover delivers with gusto. The engine on the base model is a 3.0 L supercharged 6 CYL producing 380 horsepower – 40 more than the same engine produced on last year’s model. The other options include a more fuel-efficient 3.0-liter turbo diesel V6 with 440 lb-feet of torque and a monstrous 5.0-liter V8 engine with 510 horsepower and a 0-60 time of just over 5 seconds.

SUVs are not known for sporty handling or good road responsiveness, but the 2016 Range Rover is far from your usual SUV. Jaguar Land Rover has engineered a suspension and steering system that makes the car feel easy to point in the right direction and body roll is minimized. The Rover manages this performance both on the street and on off-road trails thanks to its advanced dynamic driving systems.

The 2016 Range Rover is equipped with innovative systems that maintain excellent performance even during the most difficult road conditions. The Terrain Response system automatically detects the terrain the car is crossing and adjust the power train, suspension, traction and stability control and all-wheel drive systems for best handling. Meanwhile, the Dynamic Response system automatically detects body roll and counteracts it even during tight turns or heavy winds.

While the 2016 Range Rover is very clearly a luxury car, it does not shy away from getting itself dirty on off-road adventures either. The car’s dynamic driving systems can already adjust to a variety of terrains and the car’s 12.2 inches of ground clearance allow it to go over most obstacles one is likely to find in his or her way. Puddles, rivers, and lakes are likewise no obstacle to the Range Rover, thanks to a waterproofing design that allows it to drive through up to 3 feet of water.

The Range Rover line of cars is well-known for providing high-end luxury interiors and the 2016 Range Rover continues this tradition. The seats are well-appointed in elegant leather and the rest of the interior consists of soft-touch materials accented with both polished wood and machined metal. Most will easily find even the base models of the Rover very refined, but the higher end models like the top-of-the-line Autobiography will impress even the most jaded aesthetes.

The 2016 Range Rover is an incredibly comfortable vehicle for both the driver and his or her passengers. The leather seats are very supportive and can be equipped with both heating and cooling functions in addition to the standard power controls. The head room and leg room is very impressive even for the rear seats, especially in the Long Wheelbase models.

The Range Rover is available in both a standard and Long Wheelbase configuration. The Long Wheelbase models are eight inches longer, which translates to an additional 7.3 inches of room for the passengers in the back seat. Making the model even more attractive is the option to replace the three-seat bench with two very comfortable full-size captains’ chairs.

The 2016 Range Rover is not only equipped with a comfortable and roomy interior for passengers but also is capable of carrying a lot of cargo as well. The rear cargo area is a very sizeable 32.1 cubic feet that go up to 71.7 cubic feet if the rear seats are taken down. If that amount of storage space is still not enough, the car can also tow up to 7,716 pounds as well.

The 2016 Range Rover features a large LCD screen in place of the traditional instrument cluster and another large screen that can be used by either the driver or the passenger to control the car’s infotainment system. The 8.0-inch touch screen includes navigation and Bluetooth mobile phone app integration. The car’s base audio system is powered by Meridian and puts out 300 watts of sound, but can also be upgraded to an almost over-the-top 29-speaker system with 1,700 watts of power.


The 2016 Range Rover is an incredibly safe vehicle thanks to both its extremely durable construction and its high-end safety technologies. While neither the Insurance Institute for Highway Safety nor the National Highway Traffic Safety Administration has rated the new Range Rover yet, the European New Car Assessment Program gave it five out of five stars for its crash test results with a total score of 91%. Among the car’s high-end safety features are a surround-view parking cameras, dynamic cruise control, and lane-departure warning systems. Together, it makes the Range Rover one of the safest cars one could get behind the wheel of.
Buying Tip:

While the audio and entertainment systems on the Range Rover are top of the line, the infotainment controls themselves are unintuitive. While those who have used the previous model’s infotainment system may find this one to be an improvement, it still lags behind much better systems on much less expensive vehicles. Customers who have trouble with in-car systems generally may find it easier to skip this one.

The interior of the Range Rover is a work of art, but the exterior looks very dated. Given the improvements in the design of both the Rover’s competitors and more budget-priced SUVs, the Range Rover feels like it is stuck in the early 2000s. Buyers looking for a modern exterior may find some of the other high-end SUVs a better fit.

The Range Rover is available in a very wide price band, so while the entry level models are very competitive, the high-end models are much pricier than similarly-equipped competing models. This is particularly evident with the limited-edition SV Autobiography models that are priced at well over $200,000 each. Customers may find many of the features available on the Range Rover on cars with a lower price point if they do not fancy paying a premium for the Rover nameplate.

The 2016 Range Rover is frequently compared to other high-end luxury SUVs like the Mercedes-Benz G-Class and the Cadillac Escalade. The Escalade can seat more people and has more cargo room than the Range Rover and delivers similar features at a lower price point, but it lacks the Range Rover’s off-road performance and is not as well-appointed inside. The Mercedes-Benz G-Class offers similar off-road performance and high-end interior quality to the Range Rover – including far more intuitive infotainment controls, but it is significantly pricier than its English equivalent.


The 2016 Range Rover is an impressive all-around vehicle. It is designed to deliver an exciting and comfortable ride both on and off the road while wrapping its occupants in the most luxurious accouterments. It may be pricier than some alternatives that deliver similar specs, but it is one of the few cars that delivers everything expected of a top-of-the-line luxury SUV in one convenient package.
2016 Land Rover Buying Guides: