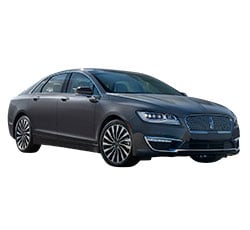 Should You Buy a 2017 Lincoln MKZ? Here Are Some Reasons For and Against

Visit Car Clearance Deals, CarsDirect & MotorTrend.
The Lincoln MKZ is a mid-size luxury sedan, which has been produced and sold by Lincoln for over 10 years. The 2017 Lincoln MKZ is currently in its fourth year of the second generation, which started in 2013. The car is frequently one of the top selling luxury sedans, thanks to its style, performance, and hybrid option.

The 2017 Lincoln MKZ has several new changes for the 2017 model year. The car went under a major body and style facelift, which includes a new sleek design, new engine options, and many upgradeable features.

One of the top selling features of the 2017 Lincoln MKZ is its ability to be upgraded to a hybrid for free. The hybrid engine options gets over 40 mpg when driving on the highway and still gets a serviceable 188 horsepower out of its engine.

Those that are looking for a lot of power will enjoy the new V6 turbo charged engine, which can get over 400 horsepower when coupled with the AWD option. This engine comes standard with the higher Reserve and Platinum trim levels.

For those that are looking for more fuel efficiency, but still want more power than the hybrid, the base four-cylinder engine option is ideal. This engine produces over 250 horsepower, but still has the ability to get over 30mpg when driving in the city.

A huge selling point of the 2017 Lincoln MKZ is the new stylish body. This body is brand new for the 2017 model year and was first announced at the 2015 auto show. It has a very sleek and stylish design, which is as impressive as any other luxury sedan on the market today.

Those that are looking for a lot of tech features will love the 2017 Lincoln MKZ. Those that choose to upgrade to the Select Plus or higher trim levels will enjoy the touchscreen display, navigation system, blind spot monitoring, and other tech features that are not always found standard in sedans today.

The 2017 Lincoln MKZ comes standard with a lot of impressive safety features including traction control, blind spot warnings, lane departure assist, rear view cameras, airbags, and an excellent braking system. Particularly when paired with the all-wheel drive upgrade, the MKZ has one of the best safety ratings available.

For those that like to have a strong sound system, the MKZ is idea. Those that upgrade to the Luxury package will be able to enjoy the Revel Audio System, which comes standard with HD radio and over 20 speakers.

The overall driving experience of the 2017 Lincoln MKZ is enhanced with a very comfortable interior in the higher trim levels. Every trim comes with leather interior, heated and ventilated seats, multiple climate controls, and a variety of other features that help to enhance the overall experience.

One of the top features of the 2017 MKZ is the My Key system, which provides a driver with the most customizable options on the market today. When it is set up, a driver will enter the car and have automated adjustments to seat locations, mirrors, and stereo settings. Owners can also set limits for the stereo volume and car speed, which is ideal for those with younger drivers in the family.

1. Lack of Space in Cabin

The 2017 MKZ is also considered to have less space in the cabin than comparable cars. While it has a large body that can look impressive, there is a limited amount of legroom in the back seat.

While the MKZ has good fuel efficiency, compared to other cars in its class and prior model years, it does not have the power that some are accustomed to. The base four-cylinder engine has very limited horsepower, but it can be upgraded at a cost.

The hybrid MKZ comes with a unique nonlinear braking system, which can be hard to get used to. Overall, the brakes are considered a good safety feature, but it feels very unnatural to a new users.

The 2017 Lincoln MKZ comes with a standard 15.4 cubic foot trunk. While this is a good feature, those that upgrade to the hybrid will see a much condensed trunk of around 11 cubic feed. This can be a drawback during longer road trips.

Overall, the 2017 Lincoln MKZ stacks up with to the competition. The hybrid option is something that is not available for the same price in the competing vehicles, including the Audi A4 and Acura TL. Its new body, luxury amenities, and powerful engine option are considered to be in line with other cars in its class, including the Lexus ES 350, which has been an industry leader for years.

In conclusion, the 2017 Lincoln MKZ should be a popular car with drivers looking for style, performance, and safety. It will likely be one of the best selling luxury sedans on the road today, due in large part to the affordable upgrade to the hybrid. One drawback that is noticeable is that many of the upgrades to higher audio and luxury finishes are expensive compared to amenities provided by the competition.

Compare Local Dealer Prices
Find the Best Deal
Save Thousands on a 2017 Lincoln MKZ! Start Your Own Online Price War