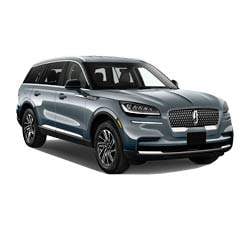 What 2022 Lincoln Corsair Trim Should You Buy? What is the Difference Between Trims?

If anyone is looking for a sophisticated SUV, the Lincoln Corsair should be on the list of vehicles to check out. This model is elegant in just about every way, and it offers a few different powertrains. While it's not exactly cheap, it still has a reasonable starting price, and as long as customers are willing to pay a little extra, they can get quite a few high-end features.

There are three trim options with the 2022 Lincoln Corsair. The Standard is the first one, and it has a fairly competitive starting price. It's followed by the Reserve, which is a solid option if anyone wants just a bit more. The Grand Touring is the most advanced model. Since it's about $10,000 more expensive than the mid-level trim, one would expect it have a lot of attractive features. Is it worth the extra cost? That remains a question that potential buyers will have to evaluate using their own criteria.

This guide will go over the features of each trim so that a customer can make an informed decision regarding which 2022 Lincoln Corsair to get.

Compare the 2022 Lincoln Corsair Standard vs Reserve. What is the difference?

With these two trims, there are two available engines. One is a 2.0-liter turbocharged engine, while the other is slightly larger, having a displacement of 2.3 liters. It's also a turbocharged model.

Both engines do very well, so it's not as if there's a wrong choice here. The smaller engine is capable of making 250 horsepower and 280 pound-feet of torque, and the larger engine can deliver 295 horsepower and 310 pound-feet of torque. The Lincoln Corsair is fast and responsive with either engine, though those who really value performance should strongly consider opting for the larger turbo engine.

Lincoln has matched these engines with an eight-speed SelectShift automatic transmission. It comes with paddle shifters, which some drivers will likely enjoy on a regular basis. Paddle shifters give drivers more control, and they're conveniently mounted on the steering wheel.

The Lincoln Corsair Reserve has adaptive suspension as an option. Adaptive suspension uses several sensors to monitor vehicle conditions. These sensors take in data hundreds of times in just one second, and all the information they collect allows the vehicle to make continual adjustments in order to smooth out the ride.

On both trims, front-wheel drive is standard and all-wheel drive is optional. The all-wheel drive system works in a similar way to adaptive suspension in that it continually monitors the conditions. If power needs to be sent to all four wheels to enhance traction, the transition is seamless. A traction control feature also helps maintain grip, and this program is standard across the lineup.

Lincoln gives customers a lot of options when it comes to the wheels on this SUV. On the Standard, 18-inch alloy-painted aluminum wheels are standard. 18-inch wheels with a dark tarnish finish and both 19-inch and 20-inch wheels are available. On the Reserve, the standard wheels measure 19 inches, and they have magnetic-painted pockets. There are two different choices if a customer wants his/her Reserve to have larger 20-inch wheels. One version has a black aluminum finish and the other is a bright-machined aluminum with magnetic-painted pockets.

There are several other exterior differences when comparing these two Lincoln Corsair trims. The Reserve has roof rack side rails and LED turn signal indicators on its side mirrors, and the driver's side mirror has an auto-dimming function to reduce glare at night.

The standard features found on the Reserve and Standard can be more than sufficient. For instance, there are LED taillamps, LED automatic headlamps, and heated side mirrors with auto-folding and memory functions. Those side mirrors are futuristic, since they can open and close on their own, and they're practical to have when parking in tight spots. The LED lights make the SUV look modern and sleek, but it's true that the jeweled LED headlights would do an even better job at enhancing the vehicle's style.

One great thing about the Lincoln Corsair is that it has something called Lincoln Embrace. The name is pretty clever, as it's a program that makes people feel welcomed. The vehicle can sense when the key fob and, presumably, the driver are approaching. When they get close to the Lincoln, soft lights turn on, the side mirrors fold out, and a Lincoln logo is displayed on the ground near the vehicle.

The cabin of the Lincoln Corsair is nicely equipped. On the Reserve, there is ambient lighting to add to the upscale aesthetic, and there's a frameless interior rearview mirror. Though this mirror is only marginally different than a traditional rearview mirror, it does bring up the overall level of quality in the cabin. The power tilt and telescoping steering column does, too. It's the little things that can make a big difference sometimes.

Seats in the Reserve are covered in Bridge of Weir Deepsoft leather, a material that's very soft and luxurious. That type of leather is optional on the Standard. If someone opts for the regular Standard seats, they would be trimmed in a Lincoln Soft Touch material instead. Both trims have heated front seats, with ventilation being optional. Heated rear outboard seats are available as well.

On the Reserve, but not on the Standard, there's the opportunity to upgrade to Perfect Position front seats. These can move in 24 different ways, and they have massage functionality. This can make a huge difference on road trips because they can prevent fatigue and keep people from getting sore after a long ride.

Lincoln has given this model a lot of high-tech features. The Standard and Reserve trims have SYNC 3 technology, smartphone connectivity, SiriusXM Satellite Radio, and eight-inch LCD touchscreens. Those touchscreens have swipe capability, so people can interact with them much in the same way that they use their mobile devices.

A major upgrade found on the Reserve is navigation. Having navigation means that drivers no longer need to wonder about whether the next turn is or how much longer it is to their destination, for instance. The program can figure all of those things out, and it can do so while taking traffic into account. The navigation program is voice-activated, so it's simple and safe to look up directions.

The basic audio system that Lincoln has included with the Standard and Reserve comes with ten speakers, one of which is a subwoofer to improve the overall audio quality. On the Reserve, there's the option to get a Revel audio system that has 14 speakers and HD Radio Technology to make for an even better listening experience.

Another touchscreen has been installed behind the steering wheel. It's a color cluster display that shows data like vehicle speed, the odometer, and more. The screen measures 6.5 inches on the Standard and 12.3 inches on the Reserve.

The safety systems on the two trims are pretty much identical. Both trims have pre-collision warning and emergency braking as well as a SOS post-crash alert system, lane keeping assist, automatic high beams, blind spot monitoring, and cross-traffic alert with braking. On these trims, there is the option to get a 360-degree camera instead of just a rear view camera. Customers can also get reverse brake assist, evasive steering assist, and parking sensors all around the vehicle instead of just in the back.

Since the Lincoln Corsair has a price that reflects its high-end status, it would be a good idea to quickly mention a few other standard features found on all trims. They include remote start, an auto-dimming rearview mirror, active noise control, and a piano key shifter. These are all components that aren't too common in cheaper models; Lincoln is trying to show that the adage of "you get what you pay for" is true.

Compare the 2022 Lincoln Corsair Reserve vs Grand Touring. What is the difference?

A major shift happens with the Grand Touring, at least as it relates to the powertrain. The Grand Touring is a plug-in hybrid. It uses a 2.5-liter Atkinson hybrid engine and has a net horsepower of 266.

Of course, the main advantage associated with using a plug-in hybrid vehicle is that fuel can be conserved. In hybrid mode, the Grand Touring gets an estimated 33 miles per gallon. When factoring in the electric component, the estimated mileage is 78 MPGe. In comparison, the Reserve and Standard have an estimated fuel economy of about 21 or 22 miles per gallon in the city and 28 or 29 miles per gallon on the highway.

On short trips around town, the Grand Touring can be the ideal vehicle. It has plenty of space and capability to make it practical, and it can run purely on electric power. It's hard to pinpoint an exact range considering the various conditions that are factors, but this SUV has an electric-only range of about 25 miles per gallon.

Other than the mechanical differences, the Grand Touring feels similar to the Reserve. It has the same type of leather seats and technology system as the Reserve has. A few exceptions are that the Grand Touring has illuminated front door scuff plates and an audible vehicle warning system. That warning system is necessary because the vehicle is so quiet as a hybrid model.

One other change is that the Grand Touring has a panoramic vista roof with a power sun shade. This type of roof is quite expansive, and it makes the cabin feel more open and inviting. This roof is available on the Reserve, as it is on the Standard.

If fuel efficiency is the most important factor for a buyer, than the choice has to be the Grand Touring. This way, the customer would get to take advantage of the plug-in hybrid system. Since this SUV can run on electric power alone for short trips, there's the possibility that a driver wouldn't have to visit the gas station for a really long time.

However, price is a consideration even for buyers looking at luxury models. The reality is that the Grand Touring might be out of the range of many customers. If this is the case, then the Reserve would be the recommended trim. The reasons mainly have to do with this trim being equipped with leather seats and navigation. In addition, this trim comes with more options than the Standard does. People appreciate having choices when they're making such big financial investments.

Compare Trims on other Lincoln Models: