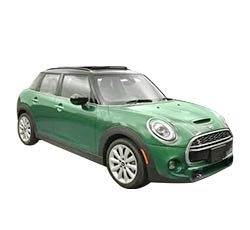 Should You Buy a 2020 MINI Hardtop? Here Are Some Reasons For and Against

Many fans of the MINI knew about it by watching British movies from the 1960s. They were both shocked and amused that a car the size of the Mini Cooper was so popular in England. It got to the point that fans began to order the vehicles from across the pond so they could drive them on U.S. roads.

Eventually, MINI decided the demand for their vehicles was enough to start making them exclusively for a U.S. audience. So, in 2002, both the MINI Cooper and MINI Hardtop were introduced. Since then, the vehicle has been a mainstay. To the point there are now four styles offered.

In this case, the focus is on the 2020 MINI Hardtop. Part of the third generation design from 2014, it has some new features as well as well-loved standards. However, is it powerful enough to keep the MINI name going in the U.S.?

Gone is the six-speed automatic transmission that was once standard in the 2020 MINI Hardtop. It has been replaced by the seven- and eight-speed models, depending on the trim that's ordered.

Also new for this model year is a Signature trim package. It includes a new transmission along with active driver aids to help avoid collisions.

Come on. Who wouldn't want to drive a 2020 MINI Hardtop? Other than really tall people, perhaps. Whenever one passes by on the street, numerous people look at it admiringly.

The design is not the only thing that makes it fun. It's how it performs on the road. Actually, there isn't much road between the MINI Hardtop and the driving surface. This is why it handles a bit better in some situations.

Speaking about handling, the 2020 MINI Hardtop isn't difficult to control. Some call it go-kart handling; however, those handmade vehicles can be hard to handle if the rubber band breaks. Here, the steering is firmer, yet it allows the driver to be flexible if there's traffic or other hindrances up ahead of them.

The standard engine in the 2020 MINI Hardtop 2-door lineup is a 1.5-liter 3-cylinder model. It provides 134 horsepower and a maximum speed of 130 miles per hour.

Though this may not seem like a lot of power, consumers have to remember the MINI Hardtop is a smaller, lighter vehicle. Thus, what's 134 horsepower here might be closer or over 200 for a larger vehicle.

The other two trims in the line, the Cooper S, and the John Cooper Works Hardtop, both have 2.0-liter 4-cylinder engines. These provide 189 and 228 horsepower, respectively. With its engine, the John Cooper can go from 0 to 60 in under six seconds.

One of the best things about the 2020 MINI Hardtop is its low MSRP for base models. For instance, the standard Cooper is $23,400. The high-level John Cooper is $33,000. Of course, these costs can go much higher if optional packages and additional luxuries are added on.

Overall, consumers need to review everything carefully concerning the prices. It may be better to purchase the John Cooper with some minor inclusions over the standard features than a fully-loaded Cooper.

A running joke on the sci-fi series Doctor Who involves unaware visitors entering the TARDIS spaceship for the first time. While it looks like a phone box on the outside, they all exclaim it's much bigger on the inside.

It's the same with the 2020 MINI Hardtop. First, it can fit four people comfortable. Second, the head and leg room of first row occupants matches those of bigger sedans and compact SUVs. Leg room is approximately 41 inches while head room is slightly less.

It would be disappointing if the 2020 MINI Hardtop wasn't as fuel efficient as it is. Actually, its lack of performance would be questions. Luckily, that doesn't need to happen, as it gets an average of 36 miles to the gallon with an automatic transmission. It goes up slightly with a six-speed manual.

It's good that the MINI Hardtop has a superb fuel efficiency, because its gas tank is only 1.6 gallons. Still, that means a trip of approximately 200 miles on the highway without need for a fill-up.

Picture an all-black interior with an illuminated control panel that resembles one seen in James Bond or Austin Powers films. In fact, the center stack's controls may look familiar with the 6.5 touchscreen embedded in the middle circle. Finally, decades later, the technology of the British spy films is now part of reality.

Though there is an option for leather upholstery, black cloth looks just as good inside the 2020 MINI Hardtop. The sheen of the leather would look strange against the black-matte atmosphere.

The base trim of the 2020 MINI Hardtop comes with some safety aids, mainly a rear-view camera and part assist, to help the driver avoid other cars, people, or objects. The higher the customer goes in packages, the more driving aids are available. For instance, the Iconic package adds on front and back parking assistance. Customers also get active cruise control to help maintain speed in high-traffic areas without accessing the accelerator or brake.

The high-level trims on the MINI Hardtop do have the ability to connect to Apple CarPlay. Once integrated, it permits the smartphone's icons to be displayed on the infotainment unit. In turn, drivers have access to navigation, reviews, and streaming services.

In 2018, the Insurance Institute for Highway Safety (IIHS) gave the MINI Hardtop its Top Safety Pick award. Two years later, the award still sticks. With the 2020 MINI Hardtop, the IIHS presented with Good ratings for crash protection across the board.

Though the front row in the MINI Hardtop has a good deal of room in the front, the back passengers can feel a little cramped with the lack of space. Especially if you have tall occupants in the first row that need to push the seats back.

This is to be expected, Despite having MacPherson front struts and multi-link rear suspension, the MINI Hardtop is too low to the ground to have a chance for those items to absorb impacts. Add four full-sized adults into the mix, and it could practically scrape the ground.

Android and Apple have large shared of the cellphone market. In some areas, Android leads iPhone owners. Unfortunately, their devices are currently not compatible with the infotainment system on the MINI Hardtop.

The lack of safety aids at the lower trim levels doesn't compute. The MINI Hardtop at this stage isn't made of sturdier materials. The same people drive and ride in the passenger area. So, why aren't these assistant tools available as standards across all trims?

Regardless if it's a sport package, a new exterior paint job, or extra driver assist tools, these upgrades can start to cost the consumer. Soon enough, the price of the standard trim can be much higher and beyond the budget of the consumer. All packages must be carefully reviewed before being added to a vehicle purchase.

Yes, there are competitors to the MINI Hardtop. Consumers don't hear about them because most of the attention is on the MINI. Still, it's vehicles still need to deal with them.

Take the Fiat 500. It has the same retro-European styling as the MINI and the same starting MSRP. However, where it falters is in its interior styling. Where the Cooper is sophisticated, the Fiat 500 is clunky.

Another competitor is the Smart Fortwo. It has an advantage over the MINI Hardtop in it's an electric vehicle, thus the emissions are non-existent. However, the Cooper beats it in price point, interior styling, and roominess.

Overall, the 2020 MINI Hardtop isn't for everyone. It's not a muscle car, it doesn't have a lot of passenger and cargo space, and it's ride can be harsh on rough surfaces. Yet, if the customer can look over those elements and see how nice the MINI Hardtop looks and feels, they may want to give it a chance.

At the minimum, a test drive should be taken to feel the engine's power under the lightweight chassis. That will convert into nimble acceleration and handling on the road, particularly if choose a manual transmission.

Furthermore, they'll feel like a secret agent when the gaze impressively at the vehicle's control panel. Finally, they may drive it out of the showroom when they see the starting price.

In other words, the MINI Hardtop should be taken seriously as a vehicle option if the customer wants an efficient and low-cost vehicle instead of a storage locker on wheels like an SUV.

Save Money on a 2020 MINI Hardtop:
Find New Car Clearance Prices - Many Vehicles are Selling Below Dealer Invoice Prices.

Every dealer offers a secret price. Many prices are below invoice. Find yours here.
2020 MINI Buying Guides: