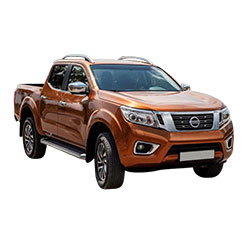 What 2018 Nissan Frontier Trim Level Should you Buy? What is the Difference Between Trims?

While not nearly as popular among compact pickup truck buyers as the American alternatives or the sporty off-roaders from the other Japanese manufacturers, the Nissan Frontier retains an attractive old-school feel to it and provides good value with its relatively straightforward set of features.

While its older Nissan Titan sibling has recently received a refresh, the current Nissan Frontier is very similar to the model that was first released in 2005. That was not for the lack of effort however, but a deliberate decision. Nissan has already been selling the next-generation Frontier in Europe, and it is also the platform for the Mercedes-Benz X-Class pickup. Instead, the American Frontier slots in as the budget Nissan truck model in the states, with the smaller of the two Titan models serving as the more expensive modern upgrade instead.

Buyers interested in the 2018 Nissan Frontier are going to find it relatively well-equipped despite being the cheapest truck in its class. There are two body styles on offer, combined with two engine and two bed lengths. Among those, there are also five available trim levels with different equipment.

This guide reviews the standard and available features of each trim level in order to help prospective buyers decide on the best Nissan Frontier for their needs.

Compare the 2018 Frontier S vs SV Trims. What is the difference?

As the base model, the Frontier S does not offer anything particularly exciting in terms of features, though it covers all of the basic driver needs quite well. It includes a rearview camera, Bluetooth, and a 5-inch infotainment screen with a USB port. Air conditioning is standard, though windows and locks are manual on the S model.

The SV models are available with a slightly larger variety of equipment, as they can also be equipped with a V-6 in a King Cab or a manual transmission all-wheel drive V-6 in a Crew Cab. They also add some key features, such as power locks and windows, alloy wheels, keyless entry, and satellite radio.

The Crew Cab version also offers two additional packages. The moonroof package includes a power slide and tilt moonroof, while the Midnight Edition package adds a number of visual upgrades to the Frontier, including blacked out body elements, special wheels, and unique badging. In terms of features, the Midnight Edition models are the same as the regular Frontier SV.

For almost all modern drivers, unless they are looking for a really cheap pickup for odd jobs here and there, the SV is going to be a much more livable model in the long run. It is still very inexpensive compared to other entry-level trucks, but the inclusion of power options, parking assist, and the various convenience features added by the Value package makes spending time in one much more pleasant than the basic S model.

The SV also benefits from a wider availability in terms of engines, powertrains, and body styles, making finding the right one easier as well. The SV is also the volume model for the Frontier, making those the most common trims available at dealerships.

Compare the 2018 Nissan Frontier SV vs Desert Runner Trims. What is the difference?

Unlike the earlier trim levels, the Desert Runner only comes in an automatic transmission with a V-6 engine, and rear-wheel drive, though it is available in both the King Cab and Crew Cab body styles. The Desert Runner is the rear-wheel drive off-roader trim on the 2018 Frontier. It comes with the same standard equipment as the SV, but with an off-road twist. It has a raised suspension, all-terrain tires, and Bilstein shock absorbers, as well as skid plates and an off-road appearance.

While a rear-wheel drive off-roader may be a strange choice, the Desert Runner is among the least expensive off-road vehicles on the market today, if not the cheapest one. For drivers looking to get into the hobby on a budget, it can be a decent choice, as long as they accept the fact that it won’t be able to keep up with most other vehicles once they start tackling the more difficult trails.

All the additional off-road equipment that the Desert Runner brings comes at only about $1,000 more than the base price of the SV, so it can also be a valid styling options as well, even for those who don’t plan on taking their Frontier off the asphalt. It is not a model that we would recommend to most however.

Compare the Frontier Desert Runner vs Pro-4X Trims. What is the difference?

It comes only in an automatic transmission as a King Cab model, but gets a manual option with a Crew Cab. It also has a few more comfort upgrades over the Desert Runner. It has a 5.8-inch touchscreen infotainment system with built-in navigation, heated seats, and a dual-zone automatic climate control.

For off-roaders, this model is a much better one than the Desert Runner, as the locking rear differential and the additional control offered by the transfer case make it much easier to navigate through difficult terrain, as does the standard all-wheel drive. The added convenience features also make the Pro-4X feel more modern than the previous models in the lineup, which is also likely to make it more attractive to most buyers today. It is a relatively significant price upgrade over the Desert Runner though, as the Pro-4X is second only to the top-end SL when it comes to price.

Compare the Frontier Pro-4X vs SL Trims. What is the difference?

Serving as the highest grade of the Frontier, the SL is not as luxurious as some of the trucks available today, but it is also far less expensive. It does not include the off-road equipment from the Pro-4X, but it does have much of the same comfort and technology features. The Frontier SL is also equipped with heated seats, dual-zone climate control, and a 5.8-inch touchscreen infotainment system with navigation.

On top of that, it also adds power adjustable front seats, a moonroof, parking sensors, and leather upholstery, as well as a sound system by Rockford Fosgate with 10 speakers. Definitely the nicest Nissan Frontier, it comes only in Crew Cab variants with an automatic transmission and a V-6 engine, and without any available optional packages.

Which Trim Levels to Choose?

As with most budget vehicles, the 2018 Nissan Frontier offers its best value on its lower trim levels, particularly the SV. While the base S offers even more savings, it cuts too many of the features that modern drivers take for granted to ever be a strong option for anyone who plans to spend more than an hour or two a week in the car.

The SL model also offers a good alternative if leather is a desired feature, but it comes at a hefty premium. Either of the two off-road trims can be a cheap alternative to more dedicated off-roaders, though we lean towards recommending the Pro-4X model a little more than the Desert Runner, as the Desert Runner’s lack of all-wheel drive is likely to get at least some aspiring off-road enthusiasts into trouble.

But despite its age, the current Frontier offers buyers plenty of value, assuming they choose the right model for their needs.

Save Money on a 2018 Nissan Frontier:
Are you Shopping for a New Vehicle? Find the Best Deals with "Free - No Hassle" Prices Quotes.