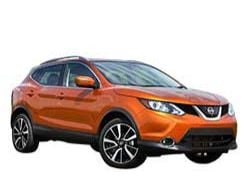 What 2018 Nissan Rogue Trim Level Should you Buy? What is the Difference Between the Trims?

The Nissan Rogue is easily the Japanese manufacturer’s best-selling car. As others competed to figure out the winning formula for dominating the fast-growing compact crossover segment, the Rogue had already arrived with the solution. It was very spacious and featured a quiet, placid ride together with comfortable seating and plenty of technological and entertainment features.

For 2018, Nissan has tightened up the Rogue’s lineup as it continues to increment on its winning design. The third row, which was a rarely used option by most Rogue buyers, has been excised in order to really cement it as a compact crossover.

Nissan also introduced the Rogue Sport, which is actually an unrelated design based on the European and Asian market Nissan Qashqai. With the Rogue Sport as a smaller, lower-cost alternative to the regular Rogue, Nissan could then improve on the Rogue’s standard and optional features to further refine it, as well as use it to roll out some of its newest active safety and driving assistance technologies.

The 2018 Nissan Rogue is offered in three varieties: the S, the SV and the SL, moving from a comfortable entry-level crossover to a very plush one. This guide will compare these three different trim levels, as well as the various options and packages that can be added to them. This will not only give you the information you need to select the Nissan Rogue model that best matches your needs, but also help you identify combinations that offer particularly good utility or value for you.

Compare the 2018 Rogue S vs SV Trims. What is the difference?

The 2018 Nissan Rogue S may seem relatively sparse in terms of trim, but it comes equipped with the features that tend to be among the most desired by compact crossover customers. The standard 7-inch infotainment system comes equipped with the key modern connectivity technologies. Bluetooth, satellite and HD radio, two USB ports and smartphone integration courtesy of Android Auto and Apple CarPlay are all standard and controlled through the responsive full-color touchscreen.

It can also be had with either front-wheel or all-wheel drive, which is very useful if you live in a snowy area or travel out into the countryside often. Only in appearance does the S feel basic, thanks to 17-inch steel wheels, cloth upholstery and a mostly unadorned interior. That is somewhat remedied by the available S Value Package, which gives this Rogue aluminium wheels, tinted rear glass, roof rails, chrome accents on the exterior and leather accents on the interior.

Where the S is practical but boring, the SV adds comfort and convenience into the mix. The SV incorporates all of the features of both the S and the S Value Package as standard features, as well as adding a powered driver’s seat, front seat heating, dual-zone automatic climate control and a hands-free powered liftgate.

The SV can also be customized using three optional packages containing a mix of comfort and style options. The SV Premium Package adds a heated leather steering wheel, a memory function for the driver’s seat and exterior mirrors, a navigation system with voice commands, a 360-degree camera, and intelligent cruise control. The SV Sun and Sound Touring Package includes all of the above as well as a panoramic moonroof and a premium stereo by Bose.

Finally, the Midnight Edition gives the Rogue a number of blacked out styling elements and accents, as well as a unique set of wheels and badges. While it is a very stylish look, going with it does come with a big trade-off. It can be combined with the SV Premium Package, but not with the SV Sun and Sound Touring Package. So if you want to get the Bose and the moonroof, you are stuck with the conventional Rogue look.

The SV is probably the most popular trim level for the Nissan Rogue, and the various standard and optional gear easily explains why. Heated seats, climate control and a powered liftgate all contribute directly to the compact crossover mission of driving you unbothered through inclement weather while carrying lots of stuff in the trunk.

If you can live without those amenities, you will get a slightly better deal by going with the S model, which is also nicely outfitted, but most buyers will find the utility of the SV add-ons to exceed their cost. The two optional packages effectively turn the Rogue into a luxury crossover, assuming you can overlook the absence of the leather seats. Their only negative is that the moonroof, which is a commonly sought-after feature, requires you to get the rest of the package including navigation and premium audio, which tend to not be as popular.

The Midnight Edition provides an interesting new look to the Rogue, but the fact that you can’t get it with the Sun and Sound package is likely to limit how popular it gets in practice.

Compare the 2018 Nissan Rogue SV vs SL Trim Levels. What is the difference?

There are two main reasons to upgrade to the SL from the Rogue SV. One is the leather seats, which are not only more comfortable, but also give the cabin a more upscale ambiance than that of the two lower models. The second is the cutting-edge driving assistance technologies that are exclusively available on this model.

In addition to the standard leather seats, the Rogue SL also comes standard with all of the optional features from the SV packages, with the exception of the panoramic moonroof. That is restored by one of the three optional packages for the SL - the SL Premium Package - which also adds high-visibility LED headlights. It is a requirement to get the SL Platinum Package that contains 19-inch wheels, an electronic parking brake, and the exciting ProPILOT Assist suite.

ProPILOT Assist can, using the car’s existing safety features, basically take over driving the car for you for a short period of time, following highway lanes and keeping distance with the car in front of you. For safety reasons, you still have to hold on to the steering wheel, and the car won’t let you activate it outside of fairly optimal conditions, but it can certainly make a long highway drive significantly less stressful as the car takes care of minor corrections for you.

The other optional package is only available if you’ve taken both the Premium and the Platinum packages. It replaces the regular leather seats with tan quilted leather ones as well as adding some accents to the interior of the doors.

If leather is a must-have for you, then you should definitely choose the SL over the SV. Similarly, if you can’t wait until driverless cars are available to the public, then the SL Platinum Package is the closest thing to it that you can drive today. Outside of those two features though, it is the SV model that offers a better feature set for the money, since the leather and the ProPILOT are the only significant SL exclusives.

With only three trim levels, the 2018 Nissan Rogue feels like it may be less flexible or versatile than some of its competitors with as many as six or seven different models. To Nissan’s credit, however, they have done a very good job of making each one distinct and giving each one a unique character and value.

You can do much worse for an economy compact crossover than the Rogue S, thanks to its high-impact infotainment and safety equipment. The SL covers everything that the majority of the compact crossover buyers could want between its standard features and densely-packed optional packages.

The SL is a good showcase of Nissan’s new technologies, setting a new standard in driving comfort by letting the car take over some of the hard work of driving. The best value that the 2018 Nissan Rogue can offer you depends on which of those three options appeals best to you and your requirements, but all three models excel at filling their own particular market niche.

Buying Tip: To avoid overpaying on a new car, shop prices online first. Get up front pricing before you walk into a dealership. We recommend the following free services; Car Clearance Deals, NADAguides, CarsDirect & Motortrend.
These free services will offer you the lowest prices and supply you with multiple competing price quotes. You will know the best price before you visit the dealer.
Save Money on a 2018 Nissan Rogue:
Are you Shopping for a New Vehicle? Find the Best Deals with "Free - No Hassle" Prices Quotes.