2018 Nissan Sentra Pros vs Cons. Should You Buy? 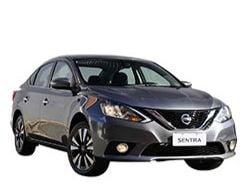 Should You Buy a 2018 Nissan Sentra? Here Are Some Reasons For and Against

The Nissan Sentra is a compact sedan within the Nissan line, offering a smaller alternative to its flagship Altima while still slotting in above the subcompact Nissan Versa models. It offers an inexpensive and versatile alternative among the crowded compact sedan segment, especially with this year’s addition of even more standard features to the car’s base models. Drivers after a versatile and reliable vehicle without a high price tag will find the 2018 Nissan Sentra to be the perfect choice.

The 2018 Nissan Sentra adds some extra standard options to the base models of the vehicle. Base models see the addition of automatic emergency braking and a rearview camera as standard equipment, while higher trim lines also get a few of their formerly optional features included as standard as well. The previous year saw the addition of a new engine in the SR turbo and NISMO trims, and the Sentra last saw a full redesign for the 2013 model year.

The 2018 Nissan Sentra feels very easy to drive, thanks to its good steering and handling. While it is not weighed to be particularly sporty, it does provide good feedback and makes it easy to keep the car pointed in the right direction. It feels confident to drive without feeling exhausting, making it a great vehicle for commutes or road trips.

The 2018 Nissan Sentra manages to nicely balance the twin duties of a car’s suspension - to soften out the road and to provide good handling. The Sentra handles fairly well, but more importantly, it does so without sacrificing passenger comfort. That should please drivers and passengers alike.

The base Sentra provides a fairly good ride, complete with a competent engine, but last year Nissan finally introduced a more powerful version of the Sentra with the SR Turbo and NISMO trims. Those cars replace the Sentra’s standard four-cylinder with a 188-horsepower turbocharged version and come with a tighter suspension and a standard manual transmission. These models make for a perfect option for those who like the Sentra’s everyday utility, but want something that feels a little sportier.

The 2018 Nissan Sentra comes with even more standard equipment than last year’s lengthy list. In addition to the 5-inch infotainment screen with a rearview camera and Bluetooth that is new this year, there are also USB ports, automatic headlights and a radar-based automatic emergency braking system, all standard on the entry-level Sentra.

The 2018 Nissan Sentra is one of the largest cars in the compact sedan segment, and it offers room to match. It offers some of the best head- and leg-room in the class, and especially impresses with its roomy rear seats. If you find yourself carrying passengers often in the second row, the Sentra may just be one of the best sedans to choose.

Another consequence of the Sentra’s large size is the sizable trunk it brings with it. At 15.1 cubic feet, it is not only among the biggest in the class, but beats some mid-size sedans in cargo room as well. Whether it is groceries or sports equipment, there is room to stash it away inside the 2018 Nissan Sentra.

The 2018 Sentra is not the paragon of efficiency, but it falls squarely into the upper half of the compact sedan selection when sorted by fuel efficiency. The largest selection of the Sentras produced are rated at 29 miles per gallon city, 37 mpg highway and 32 mpg combined. The city efficiency in particular is better than many of its rivals, adding to the car’s long-term value.

Only a few years ago, automatic pre-collision braking was a new technology featured only on expensive luxury vehicles, but this year, it is available as standard equipment on practically all 2018 Nissan Sentra models. This feature alone merits the Sentra another look from buyers looking to maximize the safety of their next vehicle. Some other compact sedans also offer technologies like this, but few offer them as standard equipment and those that do are priced much higher than the Sentra.

In addition to its standard safety technology, the 2018 Nissan Sentra also gets good crash test scores to add to its safety accolades. Crash testing by the Insurance Institute for Highway Safety rated the Sentra as ‘Good’, which is the best score, in every category. As a result, the Nissan Sentra is one of IIHS Top Safety Picks for this year.

One of the biggest points in favor of the Nissan Sentra is its price point. With all of the advanced features, large size and standard equipment that it brings, it is still among the least expensive cars in the compact sedan class. When it comes to value for the money, the Sentra is one of the best choices in the segment.

Reasons Not to Buy a 2018 Nissan Sentra – The Cons

The turbocharged engine in the SR Turbo and NISMO models of the 2018 Sentra feels peppy and exciting, but it also serves as a contrast to the underwhelming standard engine. At only 124 horsepower, it may get a pass from drivers looking for a more spirited performance.

While it got a slight facelift in 2016, the Sentra is still one of the oldest cars in the segment without an update. With rivals that are a lot more stylish inside and out, the Sentra loses points for its aging aesthetics.

The base models of the 2018 Sentra are very competitively priced, but that price goes up a lot once you start moving to the higher trim lines. The top end models of the Sentra have a hard time justifying their price point though, and offer fewer options and features for the money than some competitors or larger vehicles can.

The Nissan Sentra sees its primary competition from other value-priced compact sedans such as the Hyundai Elantra and the Chevrolet Cruze. The Elantra is attractive thanks to its recent redesign, which gives it a very stylish interior and exterior, but it doesn’t offer the same spacious cabin and trunk that the Sentra does, and gets slightly poorer mileage. The Chevrolet Cruze also offers a great deal of standard features for a low price, like the Sentra, but it does not have the same level of standard safety features, which makes the Sentra a better car for the safety-minded consumer.

The 2018 Nissan Sentra has a wide appeal thanks to a focus on the everyday utility of a compact sedan. It is spacious, easy to drive and competitively priced, which makes it a perfect option for many drivers. The many standard safety and technology options only serve to make this vehicle more attractive. It may not be a performance vehicle, but as a thrifty daily driver, it can’t be beat.

Save Money on a 2018 Nissan Sentra:
Are you Shopping for a New Vehicle? Find the Best Deals with "Free - No Hassle" Prices Quotes.