2020 Nissan NV Cargo Pros vs Cons. Should You Buy? 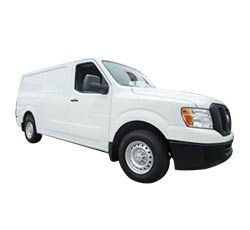 Should You Buy a 2020 Nissan NV Cargo? Here Are Some Reasons For and Against

Cargo and passenger vans are the workhorses of the vehicle world. Even more so than pickup trucks as these vehicles are very versatile. On one hand, they can handle large amounts of cargo. On the other, they can deliver multiple passengers at one time. Yet, people who have never used these vans think they're nothing but a bare interior wrapped inside a plain exterior.

This might be true with other models, but not with the 2020 Nissan NV Cargo. Not only does it offer the needed comfort to its passengers but it can also be used to deliver several thousand pounds of material or machinery. Taking this into consideration, is the NV Cargo what consumers want?

There are a few additions and subtractions to the 2020 Nissan NV Cargo. The SL trim has been promoted to be used exclusively with the NV 3500 payload configuration. Meanwhile, the S trim no longer supports the more powerful 8-cylinder engine. Across the board, several features have been moved across all trims.

1. A Young Vehicle Under a Strong Manufacturer

Compared to other cargo vans on the market, the 2020 Nissan NV Cargo is a youngster with a 2011 model year "birthdate". One of its direct competitors, the Chevrolet Express Cargo, has been around for almost a quarter of a century.

The age difference doesn't really matter in this case, because the NV Cargo is produced by a manufacturer with a strong history behind it. Not only has it produced utility vehicles for the U.S. market, but it developed them for the Asian population long before they came to America. Thus, Nissan knows what it's doing.

The 2020 Nissan NV Cargo is a utility vehicle designed to handle large payloads within its interior and via a tow. So, an engine normally used in a subcompact won't cut it. Hence, the reason why all series have strong engines available.

A high roof is necessary in many situations. So, the 2020 Nissan NV Cargo offers it as an option in their 2500 and 3500 series. The amount of interior height increases to 233 cubic feet. This calculates to either a large amount of storage or having someone 6-feet 3-inches tall be able to stand in the van without crouching.

An anti-lock braking system and traction control are two standards that definitely help a driver on slick or snow-covered surfaces. Six airbags in the passenger area also help protect those in the van. Vehicle Dynamic Control can reduce engine power and apply brake pressure when an oversteer or understeer situation is detected.

When defining the 2020 Nissan NV Cargo, the manufacturer describes it as the consumer’s mobile office. Taking this into consideration, they have ensured the vehicle's interior has the infotainment and connectivity needed, particularly in the 2500 and 3500 series.

They all provide 120-volt and 12-volt outlets to charge a battery pack or laptop. There are also USB ports available to power phones and other smart devices. Furthermore, each series comes standard with hands-free phone and streaming via Bluetooth.

The 2500 and 3500 go a step further with the addition of a touchscreen and NissanConnect. It allows for use of navigation applications as well as connection to Sirius XM radio.

7. Quiet Ride for a Cargo Van

The 2020 Nissan NV Cargo is not fun to ride. In fact, it shouldn't be. Cargo and passengers need to get from one destination to another with minimal harm. Therefore, while it's not an exciting ride, it is quiet.

The reason is Nissan took several components from its Titan pickup truck and applied them to the NV Cargo. In turn, the van feels more like driving a car than a large square on wheels. Throw in the vehicle's comfortable seats and sound-dampening technology, and the NV Cargo works well during long commutes.

Using a cargo van doesn't mean it's truly useful in loading and unloading payloads. The 2020 Nissan NV Cargo attempts to compensate for that with a number of features. One is double-hinged rear doors. They can either open at a 90-degree angle for quick retrievals or be expanded over 240 degrees to pull all materials.

This wide-open design also makes the NV Cargo friendly for forklifts. The storage area's wide and flat surface means the risk of damage by the lifting equipment is minimized while how much it can retrieve from the van’s payload area is increased.

Vans like the 2020 Nissan NV Cargo are versatile vehicles. In other words, they're not always used for the transport of payloads. When purchased for a plumbing or electrical company, they need to be designed for a different type of storage.

Nissan does this through its Uplift Engineering unit. Depending on the requirement, they can customize the van's interior with mounting points for shelving or flat walls for the transportation of boxes and other materials that can rip. Though it does cost extra, the results can reduce costs for many businesses.

To make up for its fuel efficiency, the 2020 NV Cargo comes with a 28-gallon gas tank. It permits the vehicle to make a trek of approximately 400 miles without requiring a fill-up.

Yes, it's true that cargo vans are designed more for their payload capacity, but there are some models out there more stylish than the NV Cargo. Some consumers say it looks like a block on wheels. Even the high roof doesn't help it look much better.

Nissan has tried hard to make the interior of the 2020 NV Cargo look better than other models out there. Though the controls are laid out for easy access and the seats are comfortable, the materials used are not. For instance, cloth or vinyl upholstery and hard plastics for the arm rests. It may be okay for short trips, but not for days where workers are in the van for hours.

There's plenty of room available in the NV Cargo, especially with the high roof option. However, there's no ability to purchase an extended wheelbase in any series. In other models, this feature can extend payload capacity almost two feet between the front seats and back door.

For some consumers, the large gas tank isn't sufficient. At 14 mpg in the city and 16 mpg in the country, it means more fill-ups per week. This is certainly true when the NV Cargo is used for deliveries within the city.

The Nissan NV Cargo has well-developed powertrains and a payload capacity that is on par with other manufacturers. Furthermore, it comes from a company who has been in the automotive industry for decades. Yet, it still has to face its competitors.

When matched up against the Chevrolet Express Cargo, the NV Cargo holds its own in design and price point. It remains even with the other utility vehicle when it comes to powertrains. With both the Mercedes-Benz Sprinter and Ford Transit, the NV Cargo is at level with the high roof options. However, it falls way behind in exterior design.

The 2020 Nissan NV Cargo has been around for nearly a decade and continues to be a primary choice for many consumers. They like the powertrain options offered as they have the capacity to handle large payloads and towing of equipment. They also appreciate the low starting MSRP for all series and trims within the model. On the other hand, some buyers are upset by the low fuel efficiency and its blocky design.

Overall, reading about the NV Cargo's pros and cons is only the first step for consumers. They must see one in person and take a test drive to determine if this van is the right one for their company.

Save Money on a 2020 Nissan NV Cargo:
Are you Shopping for a New Vehicle? Find the Best Deals with "Free - No Hassle" Prices Quotes.