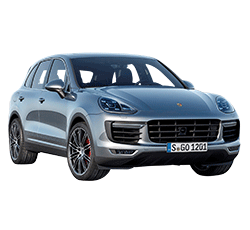 Should You Buy a 2015 Porsche Cayenne? Here Are Some Reasons For and Against

The 2015 Porsche Cayenne is currently one of the most exciting crossover SUVs on the market. While all versions of the Cayenne promise to deliver an impressive performance on the road, the available Turbo model is an absolute thrill machine. Despite the SUV’s sporty intentions, it is still a competent performer on off-road trails. Even the base model is stocked with several high-end luxury features.

What’s new for 2015?
The Porsche Cayenne’s beautiful exterior design remains the same. However, Porsche has made a few improvements to the SUV. In effort to enhance the Cayenne’s ride quality, the suspension has been tweaked. Prospective buyers can also opt for a new 360-degree camera system. Instead of a V-8 engine, the S model now uses a turbocharged V-6 engine.


Top Ten Reasons to Buy a 2015 Porsche Cayenne - the Pros

Very few SUVs can match the Porsche Cayenne’s curb appeal. Like virtually all Porsche vehicles, the Cayenne draws plenty of attention from onlookers. The SUV’s curvaceous design gives it a clear advantage over its rivals. The available Turbo model is essentially a four-door sports car. The SUV’s appearance can also be enhanced with a number of add-ons, including 21-inch wheels.

In regards to handling, the Cayenne is second to none. The SUV’s well-tuned steering system makes it a joy to drive on the open highway. While the standard suspension system is very responsive, the Turbo model’s adjustable air suspension system further enhances the SUV’s performance on twisty roads. The Porsche Torque Vectoring Plus system is a feature that is typically only found on purebred sports cars.

Many buyers may choose to opt for the turbocharged diesel engine. With a total output of 240 horsepower 406 pound-feet of torque, the Cayenne’s diesel engine provides an impressive amount of pulling power. The diesel engine is also the most fuel-efficient option. Cayenne owners can expect to get 20 mpg in the city and 29 on the freeway.

The Porsche Cayenne is an excellent sports car alternative. Drivers who have a need for speed will love the Cayenne’s high-octane performance. Equipped with a turbocharged V6 engine, the S model can sprint to 60 mph in only 5.2 seconds. Meanwhile, the muscular Turbo model scampers to 60 mph in 4.2 seconds. When fitted with the optional Sport Chrono package, the speedy SUV amps up its level of performance.

Amazingly, the 2015 Cayenne is also a capable off-road machine. A locking rear differential enables the SUV to obtain the optimum traction when traveling on rugged trails. Some of the available off-road goodies include running boards, skid plates, and underbody protection. All versions of the Cayenne come standard with an AWD system.

While the Cayenne is not designed to compete with a heavy-duty truck, it can still tow up to 7,716 pounds. Cayenne owners will be able to easily tow a pair of motorcycles or a small camper. This is exciting news for the families who love adventure.

As expected, the 2015 Cayenne offers a variety of nifty safety features. According to test data, the SUV has one of the best braking systems in the business. The optional adaptive cruise control system will allow the driver to relax on long-distance journeys. Some of the other advanced safety items include a surround-view camera and blind-spot monitoring.

From doctors to movie stars, affluent people tend to gravitate towards the Porsche Cayenne. The SUV looks just as stunning at a red carpet event as it does in a grocery store parking lot. For decades, Porsche has specialized in developing high-performance automobiles.

The passengers will be treated to a luxurious ride. Some of the standard commodities include a refrigerated glove compartment, a power tailgate, a reclining rear seat, and a touch-screen interface. The high-clarity Bose audio system is definitely a worthy upgrade. However, there are literally dozens of other options available.

A properly-maintained Cayenne will be very valuable on the used car market. Porsche vehicles typically depreciate in value very slowly.


Top Ten Reasons to Buy a 2015 Porsche Cayenne - the Cons

A lot of car shoppers will not be able to afford a new 2015 Porsche Cayenne. With a starting price of about $62,700, the diesel model is the most affordable version of the Cayenne. On the other hand, expect to pay at least $150,000 for a well-equipped Turbo S model.

2) Mediocre Gas Mileage for Some Models

In terms of fuel efficiency, the diesel engine will deliver great efficiency. However, the other engines are not quite as economical. The Turbo model only gets 14 mpg in the city.

After the original warranty expires, Porsche owners will need to set aside some extra money for maintenance. Due to the Cayenne’s exclusiveness, replacement parts can be rather expensive. The SUV will also need to be taken to a certified Porsche mechanic.

The 2015 Porsche Cayenne competes directly against the Range Rover Sport, the BMW X5. and the Mercedes-Benz M-Class. When it comes to sheer performance, the Porsche Cayenne is hard to beat. Although the competition offers an equal level of luxuriousness, the Porsche still brings the most excitement.

Conclusion:
Drivers who are in the market for an upscale SUV should definitely pay attention to the Cayenne. Although the Cayenne demands a heavy price, it will reward the owner with an unbeatable driving experience.