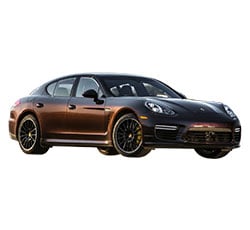 Should You Buy a 2016 Porsche Panamera? Here Are Some Reasons For and Against

Leaked images of the 2016 Porsche Panamera are already circulating, and Porsche lovers are already talking of an improved cabin space. More rumors say the center console has received a major revamp and Porsche is still working on changing a few more things before setting an official release date. So what’s going to be different next year that the consumers would appreciate?

Also scheduled for release next year is the Audi A7 2016, which is already reporting improvements in fuel economy, the drive train, and bits of styling. This is bound to alter the consumer’s decision and give the Porsche a bit more scrutiny to figure out what has exactly changed since 2015. Here are some ten reasons to make or break the decision whether an upgrade to the 2016 Panamera is necessary.

The base model for the 2016 Panamera is reported to have mpg rating of 18 City and 28 Highway. The Audi A7 2016 used this exact fuel economy in 2015 and decided to upgrade to 20/30 mpg for 2016. It’s a little higher, but Porsche Panamera can handle the heat since it’s only a difference of 2 in mpg ratings.

From the leaked images, the exterior is something to look forward to. The hunchback design looks a little smoothed out while the side windows look stretched out. Auto writers also noted the overall design to closely resemble that of a Porsche 911. For the consumer, there are plenty of hue options to consider when choosing their exterior color.

Porsche has always produced fast vehicles thus they couldn’t resist a 7-speed automatic transmission engine on this one. Under the Porsche Panamera hood will be either a V6 or a V8 cylinder engine, magnifying the power from the gear shifts to the rear axles. The Audi A7 will sport a 3.0L V6 engine or a 4.0L V8 engine, clearly revealing it’s going to be stiff competition between these two luxury sedans.

Though it’s a sedan, a step into the cabin immediately creates this sports car feel in the occupants. Porsche’s love for choice material saw this new model receive a chic leather interior with 8-way multi-level heating seats. The seats are height adjustable for extra comfort accentuated by the folding armrest at the center. The rear seats are split foldable, and Porsche included rear ventilation features as well.

5) Comfortable on the Go

Besides a lavish looking interior, there are some extra specs Porsche threw in to ensure the driver and passengers are super comfortable on the road. In the cabin is built-in interior filtration system to suck out any odors and only leave fresh air. The steering wheel is coated with high-grade leather for comfortable gripping while driving. Both the driver and passenger get dual zone climate controlling options while the entire cabin is fitted with extended heating features.

The Porsche Panamera 2016 comes with 11 surround speakers delivering 235 watt worth of stereo sound output. There is an AM-FM stereo system which also supports Satellite Radio with real-time traffic updates. To connect to external audio devices, the center console has a USB connection port and an auxiliary audio port.

Porsche Panamera will have cruise control options to control speed limits on the road. To add to that, it will have electrical power steer options and a universal remote transmitter to open garage doors or arm security systems. The steering wheel has telescopic and tilt feature with audio controls for quick access to the radio system. Additional features worth noting are the parking sensors front and back, cup holders, and door pockets also on the front and back cabin of the car.

Test drivers are happy with the grabby response of the 4-wheel ABS braking system. To complement that is an emergency brake assist and ample ventilation on discs brakes applied to all wheels. The headlamps have a dusk sensor and auto delay off features for excellent visibility on the road. To protect against impact are front and rear airbags plus reinforcing dual side mount airbags on the front and rear. More safety measures include:


9) Additional Options offered to the Driver

They may not come with the car, but these features will be installed on the driver’s request. The LED taillights can be tinted and rear-front surround view cameras installed. Additional tweaks can be thrown in on request including wheel spacers, all season tires, thermal insulation tires, Dynamic Light System and Sport tail pipes among many others.

The starting price for the Porsche Panamera 2016 will be $78, 000 for the base model. The price increases for other trims when more features are thrown into the picture. The Audi A7 will start ot at $68,000 making it a lot cheaper comparatively.

Given that the two vehicles offer almost the same features and specs, the Porsche Panamera 2016 seems a little bit pricey.

For a vehicle of its caliber, the Panamera 2016 should have included lane change assist and lane departure watching options for that high price.

With rival luxury sedans reaching fuel economies of up to 30 mpg plus, the Porsche Panamera 2016 might have a hard time trying to catch up.

The drawbacks notwithstanding, the 2016 Porsche Panamera is receiving major revamps on the body and bears convenient features for comfortable driving.
2016 Porsche Buying Guides: