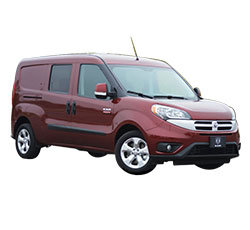 Should You Buy a 2016 Ram ProMaster? Here Are Some Reasons For and Against

Spacious, compact and fast enough to move around in are some adjectives that can be used to describe the new 2016 Ram ProMaster. The ProMaster falls in the cargo van category, combining a number of features that make it a powerful and yet so comfortable vehicle to ferry goods in. When it comes to cars, Ram is known by their diverse portfolio, but they always try to throw in the best specs in every car they manufacture.

The big question is; how does the 2016 Ram ProMaster score when compared against rival cargo vans? Will it be the ultimate choice given the specs and perks it brings to the table?

The 2016 Ram ProMaster shifts on a 6 speed automatic transmission engine. Test drivers love the agility on the road with an excellent pick on speed and leveled stability on the road. It handles perfectly like some top tier SUVs in the market, whilst still being a cargo van.

2) More Power under the Hood

At a glance, one cannot quite tell that the ProMaster Ram revs on a 3.6L V6 Engine. The vehicle’s internal horsepower is rated at 280 @ 6400rpm. Quite unexpected as it packs the power only high end SUVs in the market would boast of; it even tramps over the 2016 Mercedes Sprinter. This immense power is necessary to keep the van on top speeds even when loaded with cargo.

3) Great Look on the Exterior

The 2016 Ram ProMaster carries a humble exterior design close to that of the 2016 Mercedes-Benz Sprinter. The Ram, however, is way larger with a length of 195 inches, width of 82.7 inches, and height of 90 inches. The wheel base is about 118 inches with ground clearance of 6.9 inches.

The cabin bucket front seats are designed with durable cloth or vinyl. The front seats are heated and height adjustable for the most comfortable position while driving. The Ram ProMaster seats a maximum of two people.

5) Comfort and Convenience on the Go

The Ram ProMaster cargo van is fitted with power steering control for the driver to exert less effort while driving and also get a feel of how the wheels interact with the city or highway roads. Other features include telescopic steering and full air conditioning for the driver and passenger.

The Ram ProMaster manages an EPA of 13 when engaging city lanes and 18 when speeding on the highway. For a van designed more for cargo and not passengers, the fuel economy is definitely reasonable enough. The fuel tank capacity is 24 gallons, pretty much higher than most top tier SUVs, but understandable since it’s a vehicle that will be covering long distance to deliver cargo.

The 2016 Ram ProMaster picks up really fast and can still come to a quick halt thanks to the 4 wheel ABS technology applied on the breaks. The entire two seater cabin is reinforced with air bags; dual front side mount air bags and head protective airbags on the front. The cargo van remains stable on the road even at the highest speed thanks to stability and traction control options in the vehicle. Additional safety measures include:

While not a luxury car, the 2016 ProMaster still packs some entertainment perks to keep the mood jolly when driving for long distances. The two seat cabin features 4 surround speakers, an AM-Fm stereo, USB connection and an auxiliary audio input port. This allows the driver to control their music using external devices like iPods, flash drivers and hard drives.

9) More Perks on a Cargo Van

The 2016 Ram ProMaster has extra perks like speed sensitive wipers auxiliary transmission coolant, one touch power window, trip computer, tachometer and a clock. The Mercedes Sprinter tramps the ProMaster on this one, scoring more on features to give the vehicles occupant an exhilarating driving experience.

The Ram ProMaster is quite affordable with a starting price of $29,000 for the base model. The Mercedes Sprinter starts at $33,000 obviously being more expensive though the Ram has several better specs for excellent performance on the road. Its maximum retail price is $36,000 making it an ultimate choice in cargo vans.

It’s quite odd that the 2016 Ram ProMaster lacks its own in built navigator. Considering it’s a cargo van, it is designed for long distance package delivery thus should have this one feature as a priority.

2) Not the Best Entertainment System

There is no Satellite radio or HD radio to catch up on daily events while driving out of town or on a poor network region. It lacks a CD changer and premium sound quality system to make the music crisp while on the road.

For a powerful vehicle with great speed potential like the Ram ProMaster, it should have included some hi tech safety measures like lane exchange assist.

Despite the tiny drawbacks, the 2016 Ram ProMaster is a worthy upgrade for giving more specs for the price it’s going for. Given it’s designed to be a cargo van, it packs a lot of the necessary features required to perform the task. It carries a V6 cylinder engine with an impressive horsepower of 280, enough to speed up even when heavy with goods. The ProMaster is a worthy purchase for anyone looking for something simple and powerful to ferry goods around.
Featured Buying Guides: