2015 Subaru Impreza Pros vs Cons. Should You Buy? 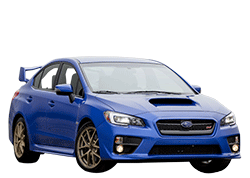 Should You Buy a 2015 Subaru Impreza? Here Are Some Reasons For and Against

The 2015 Subaru Impreza is another in a long line of solid, sturdy models from Subaru. This Japanese automobile manufacturer has a reputation for consistency, along with its use of all-wheel drive and a boxer engine layout. The following is a brief overview of the 2015 Subaru Impreza, along with 10 reasons to buy the Impreza and a few reasons not to.

New to the 2015 model of the Impreza are a rearview camera, cruise control, and a 6.2-inch touchscreen interface with premium infotainment features. Also standard in all 2015 Impreza makes is a new front bumper styling, as well as upgrade sound-deadening technology to insure the quietest ride possible.

An advanced safety package is offered for the Limited and Sport Limited versions of the 2015 Impreza, which includes adaptive cruise control, automatic pre-collision braking, and lane departure warnings. The premium package includes this safety package, as well as Continuously Variable Transmission (CVT), a transmission that changes smoothly through an infinite number of gear ratios, giving you the perfect balance between power and economy.

One of the top reasons consumers purchase a Subaru is its all-wheel drive function. For people who live in an area with frequent inclement weather or often are driving on unpaved roads, the AWD function is an important feature to have. AWD helps with acceleration and traction on slippery surfaces, and can help you avoid accidents in poor weather.

A drawback to many cars that offer AWD is that they oftentimes lack in fuel economy, since the engine has to provide power to all four wheels. This isn't the case for the 2015 Impreza. The Impreza gets an EPA-estimated 28 MPG in the city and 39 on the highway. Those are impressive totals for a vehicle that comes standard with AWD.

The Impreza offers secure handling that guarantees a safe and comfortable ride. The 2015 model has electric-assist power steering, which makes turns and curves feel smooth, even at sharp angles.

It's far from flashy, but the upgrades in the Impreza's headlights, grille and bumper give it a sleeker look than last year's model. The overall shape remains the same, but the Impreza still looks stylish for the affordable small car category.

Drivers love the Impreza for its comfortable interior seating. That, combined with the roominess throughout the vehicle make it perfect for long road trips and more than suitable for a small family.

The federal government has given the 2015 Impreza a five-star overall safety rating, and in IIHS testing the car received a Top Safety Pick+ rating. With a rearview camera now standard on all models, this is one of the safest cars on the road. Again, perfect for a small family.

Drivers feel they get a lot of bang for their buck with this car. The average price paid for the 2015 Impreza is just under $23,000. Between the safety features and high gas mileage, there is a lot of value for your dollar with this make and model. Imprezas also tend to be quite reliable, and typically won't require much work outside of standard maintenance.

8. Simple Console Features
The dashboard is simple and sleek, and the center console is laid out logically so that it is easy to read, understand and use. In addition to the console there are a lot of nooks to store electronic devices, and plenty of cupholders as well (including one in each door.)

The back seats of the Impreza fold down to make storing cargo straightforward and easy. With solid trunk space to start with, the folding feature provides ample storage space, an impressive feature for a small sized automobile.

All 2015 Imprezas come standard with USB ports and Bluetooth capabilities. This means that electronics can be charged directly through the USB port, and play music directly from devices through the car's speakers. Electronics can also be connected wirelessly to the car's audio system through Bluetooth.

1. Lacking Power
The Impreza doesn't pack the biggest punch under the hood, and some drivers have complained of slow acceleration getting onto the highway, and while passing other drivers. If you're looking for an impression roar and tire-screeching acceleration, consider a different vehicle.

2. Noisy Engine
In addition to lackluster power performance, the 2015 Impreza engine can also get quite noisy, especially with the CVT option. Despite the improvements in sound-deadening technology, many drivers complain of a racket being made under the hood when they get on the highway.

3. Lightweight Frame
The Impreza is sturdily built, but it is a bit on the lighter side. Extremely windy days on the highway can be a bit of an adventure in the Impreza, which has a tendency to get pushed around a bit due to its weight.

Stacking Up to the Competition:

The 2015 Impreza is ranked 18th out of 41 affordable small cars by U.S. News and World Report. It has one of the top safety ranking in its class, even higher than other reliable makes like the 2015 Ford Focus and 2015 Chevrolet Cruze.

What the Impreza lacks in power it more than makes up for in safety, handling and gas mileage. It is the perfect car for someone who is not overly concerned with acceleration performance, but is more focused on a safe, reliable and comfortable ride to get them to their destinations. With its standard AWD function and plenty of storage space, the 2015 Subaru Impreza is one of the most practical in its class.