2015 Subaru Crosstrek Pros vs Cons. Should You Buy? 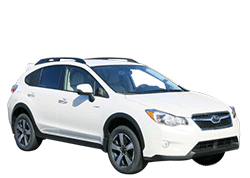 Should You Buy a 2015 Subaru Crosstrek? Here Are Some Reasons For and Against

Based on the Impreza Hatchback, the Subaru Crosstrek offers more road clearance and a tougher looking façade than the Impreza, the XV Crosstrek will appeal to urban dwellers that battle potholes, as well as those who want to take to the back roads and get away from it all.

The XV Crosstrek is a crossover whose origin is Subaru’s legendary all-wheel drive system and reliable flat-four engines, so beefing up the suspension, and toughening up the appearance of the Crosstrek was an easy move. With a reputation of longevity and high resale value, choosing a Subaru is not only a mode of transportation, it is an investment.

Ten Reasons to Buy a Subaru Crosstrek - The Pros

As a small SUV for daily treks, the Subaru XV is well suited for trips around town. Standard all-wheel drive will keep you going when others must stay home. The handling of the Crosstrek is all Subaru, it exhibits good road manners, and the all-wheel drive will give you confidence when the going gets tough.

Subaru vehicles have a reputation of reliability and dependability. We expect no less of the Crosstrek. Although the flat four engines are not known for refinement, they are rock solid dependable. Kelley Blue Book named the Subaru Impreza compact car for resale value in 2014. It would be hard to imagine that the Crosstrek will not be in the same category as its siblings.

As one of the holders of numerous Rally medals, Subaru has proven themselves on the track and on the street. They build the car that you drive through the snowy streets of your hometown, with the same tough reliability that is required when slogging through the racecourse.

The Crosstrek has a cabin with a simple functional layout and high quality fit and finish. Ample head and legroom is also a benefit of the small crossover. The standard Infomatics systems are easy to use and well placed on the Subaru XV.

The ground clearance of the Crosstrek gives you the ability to slog through the slush of winter with relative ease. Combined with the five-passenger capability and cargo capacity, especially when you add a roof rack, you will become the go to person in the neighborhood when others are sitting still.

Not just a complimentary all-wheel drive system, Subaru’s are legendary leaders in tackling rough terrain. Participating with your friends when they go off-road will be possible with the Subaru Crosstrek. The seventeen-inch wheels and 8.7-inches of ground clearance give it a tall stance so you can give all but the hardcore off-roaders a run for their money when you take to the trails.

even in the base model. Standard rear view camera, and Starlink infotainment system with a 6.2-inch touch screen, smartphone app integration, Bluetooth connectivity and a USB port gives you a well-rounded system, standard. Of course, upgrades are available, such as a voice activated navigation system and a sunroof, as well as an upgraded 7.0-inch touch screen.

With a standard rearview camera, all-wheel drive, four wheel anti-lock brakes, traction and stability control, emergency brake assist and electronic brakeforce distribution, head rests all round, and front and rear air bags, the Crosstrek is a safe vehicle for you, your family and friends. Safety by design has been one of the hallmarks of a Subaru.

Even though it has tough good looks, its appearance if very close to the Dodge Caliber and the fact that it is a raised Impreza is evident. It looks like what it is, a modified, jacked up Impreza with different wheels. Not sure about those wheels, either.

Although classified as a five-passenger vehicle, it will be a tight fit to get more than three children or small adults in the Crosstrek’s back seat. If you want to haul more than three people and their gear, you might consider an outback or Forester.

With only the available the 2.0-liter, flat four engine that produces 148 horsepower and 145 foot-pounds of torque, an engine option for the Crosstrek is lacking. Mated to either a five-speed manual or a CVT automatic transmission, it offers acceptable acceleration, but another engine choice would make the Crosstrek more appealing.

If you are in the market for a small crossover vehicle, the 2015 Subaru Crosstrek is worth taking for a test drive. Slightly more expensive than its competitors, its value will be there long after you have it paid for. The competition can’t make that claim.