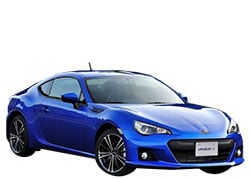 Should You Buy a 2016 Subaru BRZ? Here are the Pros and Cons

The 2016 Subaru BRZ owes its creation to a joint program launched between Subaru and Toyota. The two industry giants came together in the early 2010s to release a smaller and sportier vehicle that looked and felt like a race car. Though sold as the BRZ in America, the model sells under different names in other countries, including the Toyota 86 and Scion SR-S. The BRZ has a sleeker looking grille, larger headlights, and a sharper design than the other models.

As this model is quite similar to others on the market, Subaru looked for new ways to grab the attention of shoppers with the 2016 Subaru BRZ. The new model comes with an entertainment system that has its own touchscreen and fits behind the driver's seat for passengers in the backseat to use. That system works with downloaded apps, satellite radio, and Bluetooth-enabled devices. Despite making some changes, Subaru dropped the price of the base and all other models.

Subaru now offers the BRZ in four different model types, all at affordable prices. The cheapest is the premium manual, which retails for around $25,000. Subaru also offers a limited edition manual, Hyper Blue manual and limited automatic that retail for less than $30,000.

Car buyers can choose between a 2016 Subaru BRZ with a manual or automatic transmission. All models have 151 pounds of torque and 200 horsepower. All models come with a 2.0L engine too.

3) Fuel Efficiency in Cities and on the Highway

The great handling helped the BRZ get good marks from reviewers. The steering wheel and brakes respond well to even the slightest of movements, which let drivers handle curvy and winding roads easily. Anti-locking brakes add to that handling too.

Though Subaru doesn't offer as many interior trim options as its competitors, the BRZ has an interior that looks great. One of its best features is the location of its pedals, steering wheel, and gear shift. Drivers of different sizes can easily reach all the accessories they need while driving.

The 2016 Subaru BRZ comes with a dependable warranty from the manufacturer. Subaru guarantees the performance of this model for three years or up to 36,000 miles. The limited warranty also covers the powertrain for 60,000 miles or up to five years.

Auto-leveling headlights come on the BRZ. Those headlights. These adaptive headlights automatically detect when the car is in a different position and adjusts the headlights to help the driver see. This model also comes with running lights that come on during the day to help others see the vehicle.

Shoppers can customize the 2016 Subaru BRZ with one of the six color schemes now offered by the manufacturer. The white and blue colors have a pearly finish, but the car also comes in a more matte red shade. Metallic paint colors include crystal black and ice pearl.

Subaru Starlink is a new infotainment system available exclusively in Subaru vehicles. This system integrates the information found on an individual's smartphone with the infotainment system on the dashboard. Drivers can use Pandora to stream music, accept phone calls over Bluetooth and download other apps to make reservations, find restaurants and even shop.
Buying Tip: To avoid overpaying on a new car, shop prices online first. Get up front pricing before you walk into a dealership. We recommend the following free services; Car Clearance Deals, NADAguides, CarsDirect & Motortrend.
These free services will offer you the lowest prices and supply you with multiple competing price quotes. You will know the best price before you visit the dealer.

When drivers put the pedal to the floor, they expect to feel their cars jump forward with speed. Those driving the 2016 Subaru BRZ may not get that same experience. While it does respond to the actions of the driver, some may want something that accelerates faster.

Despite having a nice mixture of colors and patterns, the interior of the 2016 Subaru BRZ doesn't look nearly as nice as those found on other models. The interior features a number of black plastic components on the doors, dashboard, and seats. Some drivers find that those components give it a slightly cheap design.

Push button start is a feature found only on the BRZ Limited model. Though it does allow drivers to start the car and drive without using a key, it also requires that they keep the key in a convenient location. Some may find that the car doesn't identify the key or that it increases their risk of someone stealing the car.

U.S. News and World Report ranked the 2016 Subaru BRZ as the fifth most affordable sports car for 2016, which puts it in direct competition with other sports cars like the Ford Mustang and the Chevrolet Camaro. Shoppers will almost immediately notice that the BRZ costs a fraction of the price of those other sports cars but that it performs equally well. It handles great on windy mountain roads, on crowded streets in major cities and highways. The BRZ also has a sleeker and more stylish body shape than the Camaro, which has a tendency to look a little angry.

Those looking for an affordable entry-level sports car can't go wrong with the 2016 Subaru BRZ. Though it doesn't have the getup and go that larger and more expensive sports cars do, it comes with a low price tag and some amazing features that drivers of all ages and budgets will like.
2016 Subaru Models:
• 2016 Subaru BRZ Buying Guide