2016 Subaru Impreza Sedan Pros vs Cons. Should You Buy? 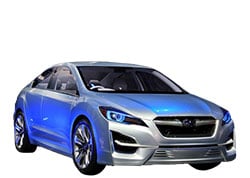 Should You Buy a 2016 Subaru Impreza Sedan? Here are the Pros and Cons

The Subaru Impreza forms part of the hatchbacks and compact sedans family from the Japanese automaker. While the Impreza may not be selling in volumes like its rivals, it nevertheless has over the recent years steadily gained popularity. Maker Subaru has been fitting it with some of the most popular features to be found in budget-minded compact vehicles.

The 2016 Subaru Impreza Sedan is a carryover coming from the 2015 model year with just a couple of small tweaks here and there. Among the notable additions is that the infotainment system has received Subaru Starlink Cloud additional applications in all the models. Other new features include the Starlink safety and security services specifically for the Impreza Limited trims.

For those considering a compact car for all-weather as an alternative to the Nissan Sentra, Honda Civic or Toyota Corolla, the 2016 Subaru Impreza deserves a closer look.

Auto reviewers point out that the 2016 Subaru Impreza Sedan has a responsive feel around corners.

When you are on the road, this Subaru has excellent feedback from the electric-assist power steering, is predictable, surprisingly responsive, and gives a controlled feel.

The interior of the 2016 Subaru Impreza has user-friendly controls and high-quality materials, according to auto critics. Reviewers think buyers are going to like the simple design of the cabin.

According to critics, most of the dashboard controls on the 2016 Subaru Impreza Sedan are easy to see, use and reach.

The 2016 Subaru Impreza Sedan can seat 5. Auto writers indicate that it's easy for the driver to get to a comfortable position for driving.

Features of note include:

At 12 cubic feet cargo space is generous in the trunk. Test drivers say there are lots of small-item cabin storage spaces, better than found on average sedans.

One of the biggest advantages of the 2016 Subaru Impreza Sedan is safety. For 2016, Subaru has integrated the Starlink Safety and Security system.

Auto shoppers out for an all-weather compact vehicle that comes with impressive fuel economy and top safety credentials will find that all pointers lead to the 2016 Impreza.

The NHSTA has not released any recalls for the 2016 Subaru Impreza.

While the new Impreza may not immediately dazzle you with a catlike agility, when you press the gas pedal more aggressively, it will surprise you.

Reasons Not to Buy a 2016 Subaru Impreza Sedan – The Cons

The four-cylinder 2016 Subaru Sedan engine may supply adequate acceleration when you are moving around town, but you're going to need to plan well ahead for your maneuvers when engaging in highway passing. Generally, this is among the slower cars in this small sedan class.

While the Impreza has been deemed highway compliant, on curvy roads it isn't all that exciting.

Reviewers have also complained that the engine could be quite noisy and feels a bit underpowered when you are on the highway.

Some reviewers have complained that both the optional and standard audio systems bring out sound that is of poor quality.

According to most automotive reviewers, the 2016 Subaru sedan’s 12 cubic feet of trunk space may only be described as being rather low for a sedan car.

The 2016 Subaru Impreza Sedan has been compared by auto journalists with the Mazda Mazda3 and the Honda Civic.

Probably, Subaru is best known as the auto company that manufactures AWD vehicles with a heavy appeal to off-road enthusiasts, campers, and skiers. But even if rough and wet weather conditions are not your favorite places, you still have lots of reasons why you may want to think of the new 2016 Subaru Impreza Sedan.

The 2016 Subaru Impreza Sedan remains a solid option if you are looking for a solid family-friendly compact car that will maintain its handling composure in all manner of weather conditions.
2016 Subaru Models:
• 2016 Subaru BRZ Buying Guide