2020 Subaru Crosstrek Pros vs Cons. Should You Buy? 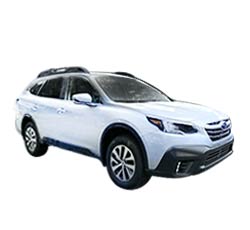 Should You Buy a 2020 Subaru Crosstrek? Here Are Some Reasons For and Against

The Subaru Crosstrek range has been getting a significant amount of attention over the past few years, thanks in large part to a few revamps and upgrades. Thanks to these continued improvements, the range has continued to be well-received.

Much of this can be seen with the 2020 Subaru Crosstrek, which offers a comfortable drive while also providing some off-roading capabilities. Though the SUV lacks a significant amount of power compared to many others in the class, it is much more family-friendly than most.

As a result, many people may be considering whether the 2020 Subaru Crosstrek is worth the investment. While there are quite a significant number of benefits, there are also a handful of drawbacks to the station wagon/hatchback hybrid.

It’s worth looking more in-depth at the new Subaru Crosstrek to see whether it’s worth switching vehicles or opting for an upgrade.

The Subaru Crosstrek received quite a significant revamp for its 2018 edition, with the manufacturer simply tweaking this with subsequent releases. As such, anybody looking for a large change in models will be sorely disappointed.

This doesn’t mean that there aren’t any notable changes with the 2020 Subaru Crosstrek, however. In contrast, there have been a variety of changes and upgrades in the safety system, which now has a few additional features.

Alongside this has been a variety of cosmetic changes to give the new Crosstrek a slightly sportier and more modern look. Outside of this, you shouldn’t expect to notice many other changes.

While there are a variety of things that a potential buyer will look for in a new vehicle, there are a few things that stand out with the 2020 Subaru Crosstrek. Though some may be more minor than others, they’re something that could help to sway your decision.

1. All Wheel Drive As Standard

Like the majority of other Subarus, the Crosstrek comes with an All-Wheel-Drive as standard, regardless of which trim you purchase. This can offer quite a considerable number of benefits, especially when it comes to off-roading and under most weather conditions.

The addition adds extra safety, especially when it comes to wet roads. With many other manufacturers, this is an optional upgrade and typically costs quite a significant amount of money.

As a result, having the option as standard is something that many people will want to take advantage of.

Speaking of safety, the new Subaru Crosstrek offers quite a considerable number of features for, with this going above and beyond what many other SUVs include. While many vehicles will have many of these available as optional upgrades, the Crosstrek is one of the few to offer as many of them as standard.

Though there are some notable exclusions that many people may want, the overall vehicle shouldn’t be lacking. Alongside this is that many of the optional safety features are quite affordable.

Many SUV buyers will want a certain amount of off-roadability, although this isn’t something that many smaller SUVs offer. However, the 2020 Subaru Crosstrek provides a large amount of this in several ways.

One of the most notable of these is its high ground clearance, which is surprisingly higher than many people would believe based on the vehicle’s design. As a result, people looking to off-road shouldn’t have to worry about much damage to the cars undercarriage.

They also shouldn’t have to worry about any rough patches or logs when they’re doing so.

Many vehicles in the Subaru Crosstrek’s class don’t offer too much cabin space. However, there’s quite a notable amount available here, with the SUV performing much better than average here.

This is seen in almost every area, so taller consumers shouldn’t have to worry about getting in and out of the vehicle and hitting their head. While this is seen in a variety of other SUV categories, it’s somewhat rare for many of the Crosstrek’s competitors.

One of the largest benefits of the 2020 Subaru Crosstrek is that it offers a much more comfortable drive than many others in its class. While much of this can be because of the space that’s available, there are a few other factors at play.

The majority of this will be seen in the ride quality, with each of the car’s features helping to reduce any noise from the road. The Crosstrek should also absorb a large amount of shock, so drivers shouldn’t have to worry too much about bumps in the street.

If you’re looking for a high-quality off-roading experience, then the Subaru Crosstrek has a few features that you’ll be able to take advantage of. While the large height clearance is one, the X-Mode feature may be much more notable.

This optimizes the vehicle’s performance, specifically when it comes to its transmission, brakes, and a variety of other areas. As a result, it should be much more capable when off-roading, which much of this being seen when off-roading.

The 2020 Subaru Crosstrek has a variety of infotainment and other technological features. Many people may assume that this would be somewhat complex to use, although this isn’t true. In contrast, the controls for the SUV are much more user-friendly than you might imagine.

While the touchscreen can be great, it’s the voice controls that stand out, especially once you’re able to take advantage of the right phrases. Once this is done, controlling many of the features should become second nature.

All vehicles need a significant amount of visibility, although this is especially through when off-roading. While many SUVs look to ensure a large amount of this, many have much less than buyers may want or anticipate.

This shouldn’t be the case with the Subaru Crosstrek, as it offers a larger degree of visibility than many in its class. Coupled with each of the other off-roading benefits, this could prove to be a notable advantage.

Alongside this is the fact that it allows for enhanced safety while turning or reversing.

While the 2020 Subaru Crosstrek isn’t s luxury vehicle, the quality of its materials could make it seem as though it is. The majority of this is because the car has been designed to withstand a significant amount of wear and tear.

As a result, there’s a large amount of durability on offer with the vehicle, especially when compared to many others in the class.

Subaru aimed to go somewhat family-friendly with the Crosstrek range, and has designed many of the SUV’s features around this. While there are a variety of them to choose from, one of the most notable is the child car seat accommodations that have been implemented. As a result, it’s one of the more family-focused SUVs on offer.

Reasons Not to Buy a 2020 Subaru Crosstrek – The Cons

The 2020 Subaru Crosstrek has quite a few benefits to it and will check many boxes for people looking for a new SUV. However, this doesn’t mean that there aren’t any drawbacks to the vehicle.

Instead, there are a few things that you’ll need to be aware of before you buy the Crosstrek.

Subaru has typically been known for having a decent amount of cargo space in their SUVs. However, this can’t be said with the 2020 Subaru Crosstrek, as there’s much less available here than you might expect.

While this is especially true when the back seats are down, it can be compounded when they’re up. As a result, there’s less space on offer here when compared to the majority of other vehicles in its class.

If you’re looking for extra space, then this isn’t the option for you. Though there are SUVs that offer less space, there are many that offer much more.

SUVs haven’t traditionally been known for their fuel economy, although some outperform many others. The new Subaru Crosstrek isn’t one of these, as it offers surprisingly less than average mileage in this regard.

While this is something that can vary depending on which trim you choose, it’s something that’s notably less than many others. As a result, you could find yourself spending much more per drive than you may be expecting.

Though this isn’t going to be a major issue for many SUV buyers, it’s something that should still factor into a decision.

There’s only one engine available for the 2020 Subaru Crosstrek, regardless of which trim you purchase. While this wouldn’t be an issue if it were a powerful one, it doesn’t offer as much performance as many buyers may want.

This is primarily seen in its acceleration, which is surprisingly slower than many other SUVs. While this would be expected if it were a larger vehicle, there are many in the niche that can outperform the Crosstreck, regardless of class.

This makes the vehicle one of the more underwhelming in this regard, which can make it one of the primary drawbacks of the new Subaru.

There are a few notable cars that can give the 2020 Subaru Crosstrek a run for its money, with the first of these being the Honda HR-V. There are several pros and cons to each, with the HR-V having more space thanks to various design elements.

Alongside this is a much better fuel economy, which is undoubtedly an advantage. However, the Crosstrek does win out when it comes to user-friendly features and controls, which the HR-V has a notable lack of.

The Mazda CX-3 could also be seen as a close competitor to the 2020 Subaru Crosstrek. While the CX-3 does shine in its design and fuel economy, it does have noticeably less cargo space, as well as even less space than the Crosstrek in the back seat.

The 2020 Subaru Crosstrek is a family-friendly vehicle that offers quite a variety of features to take advantage of. Though it doesn’t provide as much performance or a fuel economy similar to other SUVs in the niche, it is an affordable option that offers a significant amount of ease of use. As a result, it can be a recommended option for people will small families.

Save Money on a 2020 Subaru Crosstrek:
Are you Shopping for a New Vehicle? Find the Best Deals with "Free - No Hassle" Prices Quotes.