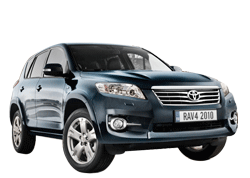 Should You Buy a 2015 Toyota RAV4? Here Are Some Reasons For and Against

There are a lot of things that one has to consider when thinking of purchasing a new vehicle, and these things vary from person to person. Depending on the things that one enjoys doing or needs the vehicle for will determine the type of vehicle that they require. Toyota is one of the leading manufacturers of vehicles in the world, and although they have a lot of models on the market, each one varies.

For instance, the Toyota RAV4 has always been considered a great vehicle for anyone that enjoys space while driving, but they don’t enjoy huge and flashy vehicles. The 2014 Toyota RAV4 was actually ranked 19 out of the top 22 affordable compact SUVs. It is thought that the new 2015 Toyota RAV4 model will surpass the 2014 model. Below one can find the pros and cons to purchasing this new model once it is released.

Every vehicle model has things that set it apart from its competitors and their earlier models. Some of the main areas that people think about when purchasing a new vehicle are cargo, passengers, safety, and technology. Below, one will find the 10 top reasons why they should purchase the 2015 model of the Toyota RAV4 over its competitors and even older model versions.

3. This model of the RAV4 offers safety to all of its passengers, and it does this by having an abundance of air bags. Currently, the 2015 Toyota RAV4 has five different air bags: Driver air bag, Side Head air bag, Side air bag, Passenger air bag, and Rear Head air bag.

4. There are a lot of different extra safety features that make this the optimal vehicle for one who has a family. Some of these features are child safety locks, brake assist, 4-wheel ABS, daytime running lights, traction control, 4-wheel disc brakes, electronic stability control, and brake assists.

5. The brand new 2015 Toyota RAV4 model offers everything that the earlier models do, but it also adds more features and specs for the same amount of money. This is one of the things that make it a leading Toyota model.

6. The 2015 Toyota RAV4 can be a good fit for different types of drivers. It can be purchased with all-wheel drive and front wheel drive. This allows people to drive over a lot of different terrains.

7. This model is considered to be a compact SUV. It is extremely spacious on the inside, like and SUV, but it is smaller in size than the traditional SUVs, like the Explorer.

8. It has an enervative design, and the 2015 Toyota RAV4 will always impress one’s friends. It is sleek, and it has a smooth and rounded design.

9. The inside of the 2015 Toyota RAV4 is another pro to purchasing it. It comes equipped with some of the newest technology available, and the two back seats can be folded over to provide one with more room for traveling or if one needs to transport larger items.

10. The 2015 Toyota RAV4 comes with a hidden compartment at the back that is large enough to hold a spare tire and all of one’s traveling tools. With this model, one will never need to use up valuable space or clutter up their vehicle with emergency tools.

One of the biggest reasons not to purchase the 2015 Toyota RAV4 is room. Although this is an SUV, it falls under the compact SUV category. Therefore, it is smaller than a normal SUV, and it offers less space behind the backseats. The only way to have ample cargo space is by letting down the back seats. Therefore, the Toyota RAV4 can no long carry back seat passengers. For people who require passenger space at the same time as cargo space, the RAV4 would not be a suitable fit.

Why buy a Toyota RAV4 Instead of Its Competitors

Unlike its competitors, the 2015 Toyota RAV4 is an overall great deal. The price is reasonable, and it always offers a comfortable ride from point A to point B, regardless of the terrain it is being driven across. If one has a large family, this is a good solution because it offers plenty of space in its backseat. However, it also
2015 Toyota Buying Guides

gives the owner the option of letting down the back seats, which leaves more room for picking up cargo if desired. On the technology front, this model has surpassed a lot of the vehicles that are already on the market, including the earlier RAV4 models.

Overall, the pros of purchasing the 2015 Toyota RAV4 outweigh the cons. It is going to be a safe vehicle for families, and it is going to be by far one of the best compact SUVs on the market in 2015. With gas prices high, it is also extremely affordable giving one the max amount of distance on a full tank of gas. It gives people the option to pick up and carry larger cargo than a normal car.
New Car Buying Guides: