2015 Toyota Tacoma Pros vs Cons. Should You Buy? 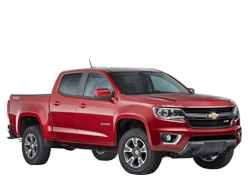 Should You Buy a 2015 Toyota Tacoma? Here Are Some Reasons For and Against

Toyota is a cornerstone brand in the automobile industry firmly establishing itself on the virtues of performance, reliability and safety. Since 1933 when Toyota was first founded, with humble beginnings, under the direction of Kiichiro Toyoda the company has tirelessly strived to live up to that philosophy. And in 2008, Toyota finally became the world's #1 automobile manufacturer, surpassing the giant General Motors.

Six years later, Toyota is furthering its vision with a new line of vehicles including the 2015 Toyota Tacoma, the latest in compact pickup trucks. Following we'll explore reasons a prospective shopper may or may not want to invest in the Toyota brand with the new Tacoma.

Top Ten Reasons to Buy a 2015 Toyota Tacoma - The Pros

The 2015 Tacoma was seemingly built for off road driving with an available suspension specialized for the purpose. Though an adjustable suspension isn't necessary for off roading, it's definitely of great benefit, allowing the driver to raise and lower the truck depending on whether he or she is buckling over uneven terrain or cruising down city streets, respectively. And with their standard high center of gravity, the four wheel drive models handle off road situations with ease.

The new Toyota Tacoma also possesses a locking differential which is perhaps the most important feature for an off-road motor vehicle. A locking differential - or locker, as it is colloquially called - overrides the issue of a particular wheel not gaining acceptable traction in deep off road scenarios by forcing both wheels to turn at the same rate. The 2015 Tacoma's "lockers" are on the rear wheels allowing for added safety off road.

While the standard 2.7 liter four cylinder model comes with a serviceable 180 foot-pounds of torque and 159 horsepower, the V6 version offers a more considerable 266 foot-pounds of torque and 236 horsepower which, suffice to say, is plenty sufficient for the everyday commute and perfect for hauling and towing in the pickup action of the 2015 Toyota Tacoma. The standard 2.7 liter is also powerful enough for hauling light loads.

Being of the compact variety of pickup trucks, the 2015 Toyota Tacoma is afforded an added maneuverability relative to trucks like the Ford F-150 or Chevrolet Silverardo. The Tacoma is able to handle itself in close quarters like parking garages and crowded streets without feeling unwieldy for the driver. And with the pickup's responsive steering, you won't have to worry about nicking another car hanging around too close.

With the Tacoma's PreRunner suspension, drivers are able to ride down roads in comfort without feeling the standard crevasses and bumps that litter the streets.

The 2015 Tacoma offers considerable stopping power with its braking system and is a breeze to park.

6) Compact on the outside; big on the inside.

Toyota's new compact pickup is anything but on the inside offering ample space inside the cabin despite its two door setup. While many compact pickup trucks like the Nissan Frontier can feel surprisingly cramped once seated inside, the Tacoma gives the driver and passenger room to maneuver while keeping plenty of storage space in the cabin.

Toyota's Entune system is fully integrated into the 2015 Tacoma, giving the vehicle's stereo system full connectivity to the driver's mobile apps. You will be able to use the truck's LCD screen to navigate your music while checking up to date traffic and weather information with the added feature of voice command. Entune also provides for HD Radio, text to voice, and streaming through Bluetooth audio. The sound quality is excellent and the GPS navigation is instantly more intuitive than fumbling with one's smartphone.

While pickup trucks aren't known for being economical when it comes to gas guzzling, the Toyota Tacoma separates itself from the pack with a good 21 mpg for city streets and 25 mpg for the highway, respectively, with the standard package. The V6 also boasts respectable numbers, relatively, with 17 mpg/city and 21 mpg/highway.

Toyota has made some upgrades to the look of their new compact pickup, giving it the veneer of a full size pickup on the outside with a defined, sharp front view that shows off the greater shape one expects from something like the Ford F-150. Inside, the metallic look of previous models has been left in the past with a new blacked out look around the steering wheel and center stack area. The new Tacoma definitely looks the part, appearing new and improved compared to the older models.

Toyota automobiles have a reputation for being safe and reliable and the 2015 Tacoma lives up to the billing earning a good score for from the Insurance Institute for Highway Safety in side, rear and frontal impact, all, and a four star rating from the National Highway Traffic Administration.

1) The new Tacoma suffers a bit from not being a jack of all trades as the package specialized for off road truckers doesn't handle as smoothly on traditional pavement compared to standard models while the standard model can't compare in off road conditions.

2) Toyota is known for tradition and those looking for a more stylish look may be disappointed with the 2015 Tacoma as its design, though updated, still remains fundamentally attached to the previous styles.

With the compact pickup truck losing popularity, the Tacoma doesn't have much competition, but compared to the rivals it does have, it possibly outpaces their efforts. While being more affordable than a pickup like the Chevrolet Colorado, the new Tacoma offers similar performance while not suffering from frequent issues like rough shifting in automatic transmission. The Tacoma also possesses better gas mileage saving a prospective buyer some additional cash.

The Toyota story is one of reliability and safety, a standard that has carried it to the front of the automobile industry in less than a century. Now, Toyota is tasked to lead the global marketplace showing innovation in all categories, a charge they've fulfilled with their latest addition in the 2015 Toyota Tacoma.
2018 Toyota Tacoma Trim Level Configurations: