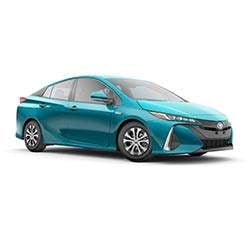 What 2022 Toyota Prius Prime Trim Should You Buy? What is the Difference Between Trims?

When it first came out, the Toyota Prius made an immediate impact on the market. Customers were attracted to its fuel efficiency and practicality, and it certainly helped that it was an affordable vehicle. When the Prius Prime entered the picture later on, it brought a new dimension because its battery could be recharged by plugging it in.

As a plug-in hybrid, the Toyota Prius Prime offers the best of both worlds. On short drive around town, the car can rely solely on electric power. On longer trips or when users don't have a chance to plug in their vehicles, the gas engine can kick in.

This car is offered in three trims, the LE, XLE, and Limited. All are relatively affordable, but keep in mind that the Limited is about $6,000 more expensive than the LE. The starting price of the LE is approximately $28,000, with the XLE having a cost of $30,000.

This guide should give prospective buyers a better idea of what each trim has to offer. The good news is that all of them are equipped with modern infotainment systems and safety packages. As the car moves up in trim, it gets nicer components and more advanced equipment. The question is whether those upgrades are worth it. One will have to carefully weigh the added benefits of the higher trims against their higher price tags.

Compare the 2022 Toyota Prius Prime LE vs XLE Trim Levels. What is the difference?

Before jumping into how these two trims differ, it's important to briefly discuss some things that they have in common. This will give consumers a better idea of what makes the Prius Prime so special.

Under the hood of this car, there's a 1.8-liter, four-cylinder engine. It works together with an electric motor to make a net horsepower of 121. This isn't a ton of power, but it's enough to get the job done. Front-wheel drive is standard, and the Prius Prime uses an electronically controlled continuously variable transmission.

Estimated fuel economy is the main reason why this model is able to attract so much attention. In hybrid mode, it can earn up to 55 miles per gallon in the city and 53 miles per gallon on the highway. The car can also be driven in EV mode in which it doesn't use any gasoline. With a full charge, the electric-only range is estimated to be 25 miles.

People can use a 120-volt or a 240-volt charging system with this car. The faster system provides a full charge in a little more than two hours, while plugging into a regular 120-volt outlet requires about five and a half hours to get a full charge.

All trims have the same mechanics, so there isn't any increase in performance or efficiency with the higher trims. However, there is one program that the XLE has that can improve efficiency. It's called Predictive Efficient Drive. It collects driving data to predict where the car will decelerate or stop. After it has enough information to detect patterns in driving, it will slow the car down in certain locations to improve fuel efficiency.

Predictive Efficient Drive is able to work on the XLE because this trim has navigation. The car can use the data about the varying speeds along with location information in order to learn driving patterns.

In addition to navigation, the XLE has an 11.6-inch touchscreen. It's large enough to offer a split-screen display, and it works with Android Auto, Apple CarPlay, Amazon Alexa, and SiriusXM. On the LE, the touchscreen isn't as large. It measures seven inches, and it, too, comes with SiriusXM, Amazon Alexa, and smartphone compatibility. Wireless charging is found on the XLE, but not on the LE, and it has a charge indicator light.

Only minor distinctions are found when comparing the exteriors of the the LE and XLE. They both have quad-LED projector headlights that look quite modern. On the LE, the headlights can turn themselves off automatically, and this can help save the battery if anyone ever forgets to turn off the lights. The XLE, in contrast has an auto on/off feature. The lights can turn on automatically if it's dark outside, and they'll be able to turn them off again when not needed.

Another thing that the XLE has that the LE doesn't is a smart charging cable lock. This allows people to lock the charging cable in place. There are a few different options for locking and unlocking the cable, and this lock can be useful when vehicles are not being charged at home. It prevents the cable from being disconnected by someone else before the vehicle has a full charge.

Both trims have 15-inch five-spoke alloy wheels, LED daytime running lights, and LED taillights. They have special Prius Prime badging, and it's great that they have heated outside mirrors to combat the build up of snow and ice in the winter. These heating elements can also be helpful in rainy conditions.

There are more differences when looking at the cabins of these trims. The LE has fabric seats, while the XLE has SofTex seats. SofTex is a synthetic upholstery that feels a little like leather and is soft and easy to clean. The XLE's driver's seat is power-adjustable in eight ways and has power lumbar support, while the LE has a six-way manually adjustable driver's seat. Both have heated front seats and four-way manually adjustable front-passenger's seats.

The Smart Key System is found on both trims and comes with push button start. On the LE, the driver's door has a sensor that can be touched to unlock or lock the doors, as long as the key fob is in close proximity. The XLE, on the other hand, has sensors on three doors, and it has remote illuminated entry.

These two trims, like most other Toyotas, have a full set of driver-assist technologies. With pre-collision warning, pedestrian detection, and automatic emergency braking, frontal collisions are less likely to occur. Lane departure alert works with steering assist and lane tracing assist to keep the car centered, and other systems are road sign assist, adaptive cruise control, and automatic high beams.

Compare the 2022 Toyota Prius Prime XLE vs Limited Trims. What is the difference?

The Limited has many of the same features as the XLE does, but of course, it offers even more. It provides a more upscale experience, as it's equipped with some high-end components and has more advanced technology.

On the exterior of the Limited, there are two things that aren't found on any other trim in the Prius Prime lineup. The Limited has rain-sensing wipers that can turn themselves on and off, as necessary. Further, the Limited has LED fog lights. They can certainly be useful in low visibility, and on a day-to-day basis, they add to the stylish appearance of the vehicle.

The Limited is the only Prius Prime to have an auto-dimming rearview mirror. This can be a bonus to have at night when bright lights are directly behind the car. The mirror has a HomeLink universal transceiver, so it can be used as a garage door opener and may work with some residential security and lighting systems.

In the back of the Limited, there is heavy sliding tonneau cover to provide privacy. The XLE and LE have tonneau covers, too, but they're lightweight as opposed to being more durable.

All Toyota Prius Prime trims have SofTex-wrapped steering wheels. The difference is that the Limited's steering wheel has a heating element built into it. Having an extra source of warmth can make a big difference in comfort when it's cold outside.

Like the XLE, the Limited has navigation and a 11.6-inch touchscreen. It has a more advanced audio system than what's found in the XLE, which only has six speakers. On the Limited, there are ten JBL speakers, and this can really enhance the audio quality.

From a safety standpoint, the Limited is the most well-equipped out of all of the trims. It has blind-spot monitoring and rear cross-traffic alert to give drivers an extra pair of eyes, in a sense.

It also has Intelligent Clearance sonar, which provides warnings when the car is getting too close to objects. It can even apply pressure to the brakes if it seems like contact with an object would otherwise be made. An accompanying feature is Intelligent Parking Assist. This program allows the Prius Prime to steer itself into a parallel parking space, and it can be used to back the car into a perpendicular space.

Finally, the Limited has a color head-up display to keep drivers more informed. This display is projected onto the windshield behind the steering wheel. It shows information, such as battery charge, safety alerts, the vehicle's speed and the speed limit, and turn-by-turn directions.

Regardless of trim, the Prius Prime is an excellent choice for those looking for efficient cars. By driving one of these plug-in hybrid models, people can reduce their reliance on gasoline. Over time, this could end up saving them a lot of money at the gas station.

For a compact car, the Prius Prime has some versatility to it. It doesn't have the most spacious rear seat, but it's a big benefit that those seats can be lowered to expand cargo capacity. All trims have 60/40 split fold-down rear seatbacks, and maximum cargo capacity is almost 37 cubic feet.

When it comes to technology and safety, the LE has pretty nice equipment. However, the XLE and Limited both have wireless charging, navigation, and larger touchscreens, and the Limited offers the best in terms of safety components. The fact that it has parking assist can make it an intriguing option, as it may be hard for some customers to pass up such a futuristic program.

There is little difference in the exterior features of these trims, and to be honest, the interior differences aren't super significant, either. Yes, the XLE and Limited have SofTex seats and power-adjustable driver's seats, and the Limited has the auto-dimming rearview mirror and heated steering wheel. Not every consumer will feel that those are worth their costs, though.

That's why the LE is the recommended trim for those who need to be mindful of their budgets. It has many of the driver-assist technologies that people are looking for these days, and it has a touchscreen with advanced capabilities. Its heated front seats, LED lights, and Smart Key System all help it seem more attractive.

That being said, if finances are not a huge concern, then the Limited emerges as the best option. That's because it has the high-tech elements that have gained so much attention in recent years. Navigation, a head-up display, and parking assist are just some of the things that will make the Limited popular amongst some customers interested in the 2022 Toyota Prius Prime.