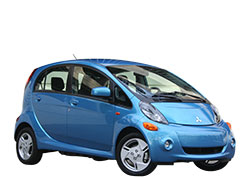 Should You Buy a 2016 Mitsubishi i-MiEV? Here are the Pros and Cons

Since it was introduced, the Mitsubishi i-MiEV has been coming to the market on and off. Model years 2013 and 2015 saw no car release. Mitsubishi is by all appearances not preparing a substantively new design for the 2016 i-MiEV.

Instead, the focus would appear to be on efforts at repackaging the car, although with some feature upgrades and retouches. Key among the new features is the Approaching Vehicle Audible System.

The new 2016 Mitsubishi i-MiEV is offering you the all-electric driving experience at a price which reviewers have termed as very appealing. It is a couple of thousand dollars below what its closest competitors are offering.

The 2016 i-MiEV rear-wheel-drive gets powered by an electric motor (49-kilowatt) with 66 horsepower plus torque at 145 pound-feet. These are fed by a lithium-ion battery pack (16-kWh). An Edmunds test had the i-MiEV going to 60 mph in about 14.7 seconds.

Inside, the 2016Mitsubishi i-MiEV has met the typical standards for any good subcompact car. Similar to lots of EVs, the i-MiEV can pre-condition the cabin for cooling or warmth.

Among the most notables features are:

The 4-door all-electric hatchback 2016 Mitsubishi i-MiEV seats 4 and is available in just one ES trim level. Besides the standard equipment, you will also get:

Whereas a number of EV makers have opted for the showy and sophisticated route regarding the interfaces, buttons, and controls, the Mitsubishi 2016 i-MiEV has gone for simplicity.

Options for the infotainment system include a USB port for iPod connection and an entertainment/navigation system that has Bluetooth compatibility.

On the external, the 2016 i-MiEV has attractive features and accessories. These include:

The i-MiEV, with only 13.2 cu.ft of space available behind the car’s backseat, comes with less cargo capacity compared to the majority of its main rivals. However, unlike the others, the foldable rear seats improve the capacity to a very commendable 50.4 cu.ft. There's ample room to squeeze in your standard-sized suitcase or the weekend golf clubs.

In a brake test by Edmunds, an i-MiEV stopped from a speed of 60 mph in about 120 feet, a fairly good achievement for an EV.

When you drive the i-MiEV in city traffic, it has some great advantages.

Reasons Not to Buy a 2016 Mitsubishi i-MiEV – The Cons

Although the 2016 Mitsubishi i-MiEV is going to cost you less compared to the competitors, significantly, it’s also less practical.

The estimated range by EPA for this diminutive Electric Vehicle is an unimpressive 62 miles.

When it comes to safety, standard testing by the IIHS has not been performed on the 2016 Mitsubishi i-MiEV. In fact, this is not likely to happen soon. This is because IIHS usually sets a minimum standard based on annual sales.

The 2016 Mitsubishi i-MiEV can be compared with several battery-EVs currently being sold across the US. Most notable among these are Tesla Model S, the Nissan Leaf, Kia Soul EV, VW e-Golf or even the Toyota Prius Plug-In Hybrid EV.

To date, only i-MiEVs 2,000 have been sold across the US and in comparison, the Nissan Leaf, coming to the to market behind the i-MiEV, has already sold more than 75,000 units.

After sluggish sales over a couple of years, auto giant Mitsubishi took the i-MiEV off from the 2015 model year with the hope that demand would catch up with the supplies. In 2016 model year, a slightly revised version makes a return to the showrooms. The new 2016 Mitsubishi i-MiEV comes up for sale towards the end of March 2016.

It might be advantageous to consider an all-electric auto if much of your daily driving entails making short city commutes. Charging stations are now becoming much more common across the US, and the positive prospect of having an agile, peppy 2016 Mitsubishi i-MiEV would certainly be a great experiment.

Compare Local Dealer Prices
Find the Best Deal
Save Thousands on a 2016 Mitsubishi i-MiEV! Start Your Own Online Price War