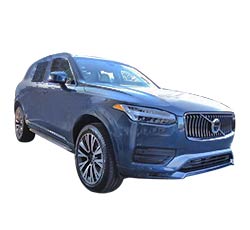 What 2020 Volvo XC90 Trim Level Should you Buy? What is the Difference Between Trims?

A chic design inside and out. Steering so precise that it will leave the driver feeling totally confident in its capabilities. Numerous safety features. An available plug-in hybrid variant. A spacious third row. What isn't appealing about the 2020 Volvo XC90?

The answer is: Not much. Sure, the engine's performance does not quite match a lot of its competitors, and the touchscreen display can be a little difficult to navigate. But, other than that, the XC90 offers a lot of good things.

Now, the question becomes: Which trim level provides the best overall deal for the average driver? Let's be honest here, the way that the trim levels are named can be kind of confusing. First of all, the engine type is a part of the name, and there are three engine types (the T5, T6, and T8 eAWD Plug-In Hybrid). Then, you have the three actual trim levels: the Momentum, R-Design, and Inscription. On top of that, you will have to choose between two different seating configurations. You also have to choose between front-wheel and all-wheel drive on the T5s. Needless to say, things can be a bit befuddling.

That's why this trim level comparison is a must-read for anyone thinking about buying a new 2020 Volvo XC90. We will break down the various trim levels and, at the end, bestow the title of "best choice" on one of them.

Compare the 2020 Volvo XC90 T5 Momentum vs T5 R-Design Trim Levels.  What is the difference?

The base Momentum trim, when paired up with the T5, makes for the first trim level configuration in the 2020 Volvo XC90 line-up. While you can get the T5 with either front- or all-wheel drive, front-wheel drive is going to be the cheaper option. The T5 is a 2.0-L 4-cylinder engine that generates 250 hp and 258 lb-ft of torque. Combined, it gets 25 mpg, with 21 mpg in the city and 30 mpg on the highway. Like the other models, it has an 18.8 gallon fuel capacity.

There are also LED headlights that have the Thor’s Hammer daytime running lights and an active high beam. LED front fog lights with cornering also come standard. Rear collision warning, road sign information, a tire pressure monitoring system, Volvo On Call with smartphone app integration, and the Welcome and Home Safe light get included as well, making for a well-rounded grouping of helpful safety features. There are also a few that you can get added on, such as HomeLink and active bending lights.

The T5 R-Design has these safety features too, but it does not really add anything more to them.

In terms of what Volvo calls its versatility features, the T5 Momentum is pretty well-equipped. It comes with an 8-inch driver display, auto-dimming interior and exterior mirrors, a three-split flat-folding rear seat, keyless entry and drive, a built-in navigation system, a rear view camera, a power parking brake, a rain sensor, Sensus Connect, and smartphone app integration via Apple CarPlay and Android Auto.

As you might expect, the T5 R-Description adds onto what the Momentum has. It gets a hge 12.3-inch digital driver display and bright integrated roof rails. On the whole, though, it does not add a whole lot extra.

The exteriors are also pretty similar, but there are some differences. The T5 Momentum rides atop 18-inch 5-spoke sparkling silver alloy wheels while the R-Design gets 20-inch 5-spoke matte black diamond cut alloy wheels. The Momentum gets dual integrated round tailpipes, a special Momentum front grille, a panoramic sunroof, retractable power outside mirrors, and a roof spoiler. The T5 R-Description has headlight high pressure cleaning, and R-Design details that include dual integrated tailpipes, a front grille, unique exterior styling, door mirror caps, and decor features.

Compare the 2020 Volvo XC90 T6 AWD Momentum vs T6 AWD R-Design Trims.  What is the difference?

Now, let us take a look at the T6 AWD models of the Momentum and R-Design and see how they differ. When it comes to safety features, they have the same features as one another and as their T5 counterparts. On the interior, heated front seats come standard on both of these trim levels, something which is optional on the T5 variants. Heated rear outboard seats come as part of a package on both T6 variants. The T6 Momentum has illuminated sill molding available in a package, but the R-Design does not since it has its own unique design features. The T6 R-Design gets upgrades, such as standard high level interior illumination and power seat cushion extensions up front.

Versatility features get one nice upgrade. Both trims get the standard 12.3-inch driver display. Other than that, expect them to be the same as what they are on their T5 variants. The exteriors have a few differences too, such as the Momentum's 19-inch 10-spoke turbine silver bright alloy wheels, although the T6 R-Design's wheels are the same as the T5's. However, that is about the extent of the differences between these trim levels and their T5 variants.

Compare the 2020 Volvo XC90 T6 AWD R-Design vs T6 AWD Inscription.  What is the difference?

So, what does the T6 AWD Inscription offer? What makes it the line-topping trim? As far as safety features go, it standardizes the active bending lights, but that is about it.

On the inside, the T6 AWD Inscription offers a 3-spoke leather steering wheel with deco inlay and a leather gear shift knob. There are also gorgeous linear walnut wood inlays, unique Inscription styling, and illuminated sill molding. Power side bolsters get added on, as do sun curtains on the rear side doors. And, as far as the versatility features go, they remain the same as the R-Design's.

The Inscription does get some massive 20-inch 10-spoke tinted silver diamond-cut alloy wheels. Two different 21-inch wheels are available as options. It has dual integrated tailpipes and an Inscription front grille which also make it different from the R-Design.

When it comes to the T8 models, they are quite different from the T5 and T6 gas-powered models. The T6's engine can get 316 hp and 295 lb-ft of torque, but it eats up quite a bit of gas. The T8, however, gets a twin-engine plug-in hybrid powertrain. It gets 313 hp from the turbo and supercharged engine and 87 electric hp. The battery is compact and is installed at the center of the car, keeping it from infringing upon cabin space and keeping the vehicle more balanced. It is rounded out by an 8-speed Geartronic automatic transmission.

The T8 eAWD Plug-In Hybrid Momentum and R-Design have the same standard safety features. On the Momentum, you have the option of adding the active bending lights as part of a package, whereas you cannot get this on the R-Design. The Momentum also has a crystal gear shift knob manufactured by Orrefors, which the R-Design also gets. Cross brushed aluminum inlays are standard on the T8 Momentum, but the R-Design has metal mesh aluminum inlays. The T8 R-Design gets interior high level illumination, which the Momentum does not offer. It also gets the standard power seat cushion extensions, just like the T5 and T6 R-Design. And, of course, it gets the signature R-Design interior styling.

The differences in versatility features are limited to the R-Design's bright integrated roof rails. Exterior features that differ are centered around the R-Design's specific details, all of which are the same as those found on the T5 and T6 R-Design models.

Versatility features on the Inscription are essentially the same as they are on the R-Design. On the outside, The Inscription gets upgraded to the bigger wheels found on its gas-powered T6 variant. It also gets the dual integrated tailpipes and Inscription front grille.

When all is said and done, there can only be one trim level that offers most drivers the best deal. And that trim level is the T6 R-Design. The T5 engine just does not produce enough power to satisfy anyone who wants a luxury vehicle to cruise around in. The T6 engine feels just right, and the R-Design adds enough unique details to make it the most appealing design. Of course, the T6 Inscription would be the second-best choice as it adds a good amount of luxury features.

The T8 eAWD Plug-In models are good if you want something that produces better fuel economy than the XC90's gas-only models. The fact that the battery pack is small and placed in the center of the vehicle makes it more ideal than some plug-in hybrids that put their battery packs in places that take away from passenger or cargo space.

As for the Momentum trim level, it simply does not include enough features to make it truly feel like a luxury vehicle. And, for the price you will be paying, you should expect more. That is why the XC90 pretty much demands that you upgrade to the R-Design or Inscription. Which one of those you choose will depend on how much luxury you crave.

Save Money on a 2020 Volvo XC90:
Find New Car Clearance Prices - Many Vehicles are Selling Below Dealer Invoice Prices.

Every dealer offers a secret price. Many prices are below invoice. Find yours here.
2020 Volvo Trim Level Buying Guides: