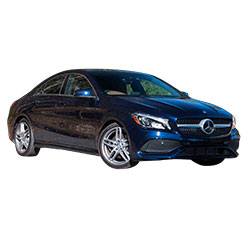 Should You Buy a 2017 Mercedes Benz CLA Class? Here Are Some Reasons For and Against

Mercedes-Benz is a reputable producer of unique auto designs and currently holds the crown as the top-selling US luxury brand. This year, they strike once again with the debut of the 2017 Mercedes-Benz CLA-Class, a superbly designed entry-level sedan that will turn most heads. In this model, Mercedes-Benz has moved away from the routine rear-wheel/AWD to a much smaller front-wheel driven sedan with a remarkable performance.

The 2017 Mercedes Benz CLA Class brings with it new tweaks particularly in the nose and tail styling alongside fresh designs for its alloy wheels. Further changes are notable within the interior with the touchscreen display control becoming relatively larger by an inch. Its instrument guages receive a new design, and the upholstery has been upgraded as well. In the brand, the rearview camera is now a standard tweak. There are also other intricate changes such as hands-free power trunk, optional LED headlamps to replace the previous Xenon units and Smartphone support via the Apple carPlay or Android Auto.

As compared to the previous entry-level sedan, the rear drive C-class, the company has lowered the price of the 2017 Mercedes Benz CLA Class. The turbocharged CLA 250 in this series offers you the full Mercedes experience at only $30000, which is quite pocket-friendly for this brand. Also, the owner gets a similar warranty and after sales package privileges like all the other Mercedes-Benz buyers.

Being a front-wheel drive car, it offers better fuel economy than most of its competitors. It brags of a combined mpg of 29 and mpg 36 while cruising on the highway. This is quite impressive since such economy can only be received from the small economy cars but not from this scaled-down Mercedes-Benz. When using the 4matic AWD, the mpg goes down significantly to 23 for the city drive and 27 combined.

Despite being an entry-level sedan, it packs an astounding performance under the hood. A turbocharged two-liter four-cylinder engine gives the car a total power of 208 hp plus a 258lb-ft torque. This kind of power gives it a constant drive in all terrain and an acceleration of zero to 60mph in 6.4 seconds, which is fantastic for a luxury sedan. It comes with a standard seven-speed dual clutch auto transmission and an optional AWD.

The 2017 Mercedes-Benz CLA-Class imitates a coupe in its handling with a unique sporty design. With a direct and responsive steering, the car navigates sharp bends with minimum body roll. It gives its driver a unique sportiness feeling when driving with vigor along the highway. It may be confused for a coupe, but it is a luxury sedan with jaw-dropping handling.

Stability and traction control are among the flagship features of the 2017 Mercedes Benz CLA Class. The rearview mirror camera is important in preventing back collision. Also, it is equipped with a front collision warning system, auto-braking and a drowsy driver warning that are standard to this model. In the event of an accident or distress, the Mbrace 2 emergency communication system becomes quite handy. It performs duties like emergency calling, automatic collision alert, remote access and lost vehicle recovery. Further safety tweaks are lane change monitoring, blind spot monitoring, and an upgraded automatic braking system.

Despite the 2017 Mercedes Benz CLA Class being scaled down in several aspects, the ambiance and cabin vibe hasn’t been tampered with. The delicately designed supple surfaces, chic upholstery, and sporty designs give the car a luxurious touch. It is a premium car but with a more youthful behind the wheels experience than most of the other sedans from competing brands.

The 2017 Mercedes-Benz CLA-Class is a compact sedan but with a surprisingly large cargo space. Additional utility bins and trays are equipped to better the functionality of the car’s storage space. The trunk measures 13.1 cubic feet of space that is sufficient for a sedan of this caliber.

The nose on this 2017 Mercedes Benz CLA Class couldn’t be any prettier. The front design is fantastic with a large signature Mercedes-Benz star. It forgoes the long nose present in the previous versions to adopt a curvaceous coupe-like crafting. The front grille features a techno-design and also plays a role in enhancing airflow into the engine. It is a head turner with LED headlamps, delicate trims, and sidebars.

An adaptive suspension system integrated into the classic Mercedes compliant suspension system makes this car a smooth ride. Its suspension has three links for either of the front wheels and stiffer bearings to make up for the torque and traction of the vehicle. The back wheels have four links, a subframe mounted on the body, and coil springs for better driving.

It has cutting edge features which include thick anti-roll bars both at the front and back for a sharper turn. The stability system issues commands and responses to individual brakes to offer torque vectoring during sharp turns. The overall effect of these attributes is a solid car which corners flat with the slightest of steering effort.

The backseat space in the 2017 Mercedes Benz CLA Class is marginal due to its coupe-like features. For a luxury sedan, this is rather a downside for most people.

2. Plastic Trims on the Air Vents

Unlike in the other Mercedes-Benz models, the trim rings on the air ducts are made of chrome. However, in the 2017 Mercedes Benz CLA Class, the vents are made of plastic disguised in silver painting.

3. Relocation of the transmission selector

Drivers used to the contemporary location of the transmission selector may have a hard time adjusting to the new position to the right of the steering wheel where the wiper usually sits.

How it stacks up to the Competition

The 2017 Mercedes Benz CLA Class is so far the smallest luxury from the brand with some privileges found only in its superior models. It however still has competition from the Audi A3 which has now been made a sedan and features a stylistic design. The BMW 2 series also is its direct competitor with upgraded unique interior styling. However, the 2017 Mercedes Benz CLA Class still comes out as a good entry-sedan with remarkable performance and immaculate trims.

It is, therefore, a car for new drivers starting out on luxury sedan brands. It packs great features at half the price of its competitors making it worthwhile. Though it may have limitations such as tight cabin space, it is an excellent car for those looking forward to purchasing their first Mercedes.