2022 Chevrolet Trax Pros vs Cons. Should You Buy? 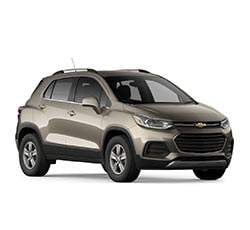 Should You Buy a 2022 Chevrolet Trax? Here Are Some Reasons For and Against

If you don’t want to spend a lot of money on a new crossover SUV, be sure to check out the compact 2022 Chevrolet Trax. There are plenty of great qualities that make the new Trax a great buy. However, there are also a few weak points to consider. Let’s take a closer look at this vehicle’s highs and lows.

The 2022 Chevrolet Trax is mostly a carry-over model from last year. This means no significant changes were made.

1. Affordable SUV to Own

The 2022 Chevrolet Trax is geared towards budget-minded car shoppers. It’s actually among the least expensive SUVs on the American market. Prices start below $22,000. Drivers will also appreciate the Trax’s low cost of ownership. Routine maintenance, such as oil changes and brake pad replacement, are affordable. Keep in mind that this SUV’s powertrain is protected by a 60,000-mile warranty. If owners happen to encounter a problem with the engine or transmission within the warranty period, Chevy will cover the cost of repair.

The Trax is not designed to deliver a muscular performance. It’s more focused on saving drivers extra at the pump. This is good news for folks who need to commute throughout the week. Under the Trax’s hood rests a small turbo engine, which generates a sufficient 155 horsepower and 177 lb-ft of torque. According to the latest EPA fuel economy ratings, drivers can expect the Trax to return up to 24 mpg town/32 mpg freeway. Regular unleaded gas is the recommended fuel type.

Most people will find the 2022 Chevrolet Trax to be an easy vehicle to drive. Its car-like handling inspires drivers with confidence. Because of the crossover’s short wheelbase and relatively tight turning radius, it’s not difficult to maneuver in small spaces. This is a huge advantage for folks who spend a lot of time in crowded cities. Another highlight is the Trax’s upright driving position. Everyone will be able to experience a good view of the road ahead.

4. Good Alternative to a Hatchback

While hatchback cars often rival the cargo space of an SUV, they typically don’t perform as well during inclement weather. The 2022 Chevrolet Trax may prove to be a solid option. It provides a decent 6.2 inches of ground clearance, which will come in handy when traveling in the snow. Of course, all-wheel drive is on the crossover’s list of optional equipment. Adventure seekers can also take the Trax on a weekend adventure. This crossover is just rugged enough to handle most camping trails.

Owners can expect to the Trax to offer impressive everyday comfort. There’s enough legroom for taller people to comfortably fit behind the wheel. Most people also describe the SUV’s front seats as being comfy. Folks who need to haul extra stuff will especially appreciate the Trax’s versatile storage area. By folding down the rear seat, drivers can expand the available cargo space to more than 48 cubic feet. From hiking gear to college dorm essentials, the Trax can accommodate a wide range of items.

Most people will like the Trax’s exterior styling. It looks quite sporty. Even the base LS trim receives alloy wheels and LED daytime running lights as standard equipment. LED taillights add to the SUV’s modern appearance. Some attractive paint colors are also offered, including Black Cherry Metallic Iridescent Pearl Tricoat. Drivers who desire a more attention-grabbing look should opt for the Midnight Edition package. It bolsters the crossover’s curb appeal by adding a number of blacked-out treatments.

Every new 2022 Chevrolet Trax receives Chevy’s latest Infotainment 3 system. According to many experts, it’s now among the top touchscreen interfaces in the business. Conveniently placed controls and clear graphics make the unit a pleasure to use. Users rave about the system’s simple operation. Even after only a day of practice, most first-time users will quickly learn the ropes. Drivers can easily link their smartphones using either Apple CarPlay or Android Auto. This ensures quick access to mobile apps and phone contacts.

Changing lanes on the freeway can be a bit dangerous at times. This is especially true when traffic is moving at a fast pace. Drivers who desire an enhanced sense of security should consider opting for the Trax’s Driver Confidence package. It equips the SUV with a blind-spot monitor, which ranks among today’s most beneficial safety technologies. When activating the turn signal, the system will warn drivers of unseen vehicles. Rear cross-traffic alert is built into the blind-spot detection system for more security when backing up.

Although the 2022 Chevrolet Trax is not a luxury vehicle, it still offers many of today’s most sought-after features. A 4G LTE Wi-Fi hotspot enables passengers to surf the internet while on the go. Multiple people can use the Wi-Fi hotspot at once. When outdoor temperatures dip below freezing, remote start allows drivers to warm things up before heading out.

According to most auto shops, the Trax doesn’t suffer from any major mechanical flaws. Owners rarely report any big problems. This is especially true when the SUV is serviced at the recommended intervals. In terms of overall dependability, J.D. Power gives the Trax an above-average rating.

Reasons Not to Buy a 2022 Chevrolet Trax – The Cons

1. Not Great for Towing

Drivers who need to tow a load may not be happy with the Chevy Trax. It has a low maximum tow rating of less than 1,300 pounds. This means the SUV will likely struggle trying to move campers and larger fishing boats. The midsize Chevrolet Blazer will prove to be a better option.

The 2022 Chevrolet Trax is powerful enough for most commuters. However, it’s unlikely to excite driving enthusiasts. Acceleration can be a bit slow. Road tests show this SUV clocks a 0-60 mph time of roughly of 9.3 seconds. Some competitors feel noticeably quicker off the line. When merging onto the freeway in the Trax, drivers will need to step on the gas.

3. Could Use More Passenger Room

Drivers with young children will have no complaints about the Trax’s amount of passenger room. On the other hand, teenagers may find the SUV’s backseat to be a tight fit. There’s not as much legroom as some people would like. Folks who need more space to spread out will be happier in the new Chevrolet Trailblazer, which offers more rear legroom than most compact crossovers.

4. Not Made for Serious Off-Roading

The Trax will perform perfectly well on a basic off-road trail. However, drivers shouldn’t attempt to venture deep into the rough backcountry. This SUV is not made to handle challenging terrain. It lacks the necessary rugged features, including protective skid plates and off-road shocks. Most drivers will also need more ground clearance when encountering Mother Nature’s obstacles.

The 2022 Chevrolet Trax deserves credit for being a secure vehicle. Excellent scores at the federal government’s crash-testing facility enabled it to earn a five-star overall safety rating. Nevertheless, this SUV simply does not offer certain safety technologies. Considered to be a favorite feature among many drivers, automatic emergency braking is a feature not offered on the Trax. Adaptive cruise control and lane-keep assist are also not available on any trim.

The new 2022 Toyota CH-R competes against the new Trax. While the Toyota CH-R is sporty and reliable, its tight accommodations may scare away some car shoppers. A big weak point is this crossover’s extremely cramped rear seat. Most adults will not have enough legroom. Folks who live in America’s Snow Belt will also find the Chevy Trax to be a more suitable option. Toyota does not offer the CH-R with all-wheel drive.

Most automotive gurus consider the 2022 Honda HR-V to be one of the segment’s top models. However, it’s engine only produces 127 lb-ft of torque. When driving around town, the Trax’s extra torque under the hood will come in handy.

The 2022 Ford Escape is noted for its fun-to-drive nature and premium features. However, it has a noticeably higher MSRP. Even when equipped with AWD, the Chevrolet Trax is more affordable. Some drivers may also prefer the Trax's exterior styling.

The 2022 Chevrolet Trax’s biggest strength is its overall value. Key features, such a touchscreen display with smartphone integration and Wi-Fi hotspot, come standard throughout the lineup. Car shoppers will also love the SUV’s attractive pricing. Available all-wheel drive is yet another plus. Because of the SUV's fuel-efficient design, it’s a great alternative to a compact car.

Before buying a new Chevrolet Trax, be aware of its potential weaknesses. Drivers should not expect the Trax to deliver a blistering performance. Families should also check the SUV’s roominess beforehand.

View Pros and Cons for other Chevrolet Models: