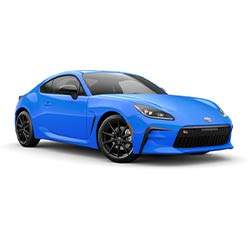 Should You Buy a 2022 Toyota GR86? Here Are Some Reasons For and Against

The all-new 2022 Toyota GR86 remains one of the most affordable pure sports cars in America. This rear-wheel-drive coupe’s more powerful engine and strengthened chassis help promote an even better driving experience. Meanwhile, updated styling gives the latest generation a more exciting look. While the GR86’s practicality makes it a good daily driver, available performance upgrades transform it into a competitive track machine. Let’s find out why this car may deserve a spot in your driveway.

The redesigned version of the GR86 brings more performance and a slew of new features. Drivers can also take advantage of the coupe’s improved interior design.

1. Noticeably More Powerful Under the Hood

According to many automotive critics, the previous-generation GR86 wasn’t powerful enough. Toyota has addressed this issue by equipping the latest model with a larger flat-4 engine. Subaru rates it to generate a more pleasing 228 horsepower and 184 lb-ft of torque. Because this high-compression engine has a broader band of torque, it does not need to be revved to a high rpm when driving around town. Excellent throttle response enables drivers to have some serious fun.

The GR86’s optional automatic transmission boosts fuel economy. However, most driving enthusiasts will prefer Subaru’s standard six-speed manual gearbox. A close-ratio design enables drivers to rapidly shift from one gear to the next. Whether you’re on the street or taking laps around the track, it gives the car a far more exciting feel. When aggressively shifting gears, a limited-slip differential helps prevent the tires from losing grip. During acceleration tests, the manual-equipped GR86 proved to be half a second quicker to 60 mph.

The 2022 Toyota GR86 offers the agility of a far more expensive sports car. While the GR86 was already known for its athletic handling, expect the new model to deliver an even more nimble performance. It’s able to dance around corners without feeling unstable. Even when competing on the track, this compact coupe manages to hold its own. While the GR86 does have a rather stiff ride, it is not overly harsh. Most driving enthusiasts will actually prefer the enhanced road feel.

Folks who enjoyed the styling of the previous model will find the new GR86 to be just as appealing. Not only does the GR86 return for 2022 with a similar shape, but it also sits low to the ground like a classic sports car. However, a new mesh grille and functional vents give the front fascia a more aggressive look. Even the base model receives forged 17-inch alloy wheels. Meanwhile, a higher rear spoiler and black 18-inch wheels differentiate the Premium trim.

Subaru has done away with the car’s traditional analog instrument cluster. The 2022 Toyota GR86 arrives with new digital gauges. This change helps give the interior a more modern character. Drivers can use the digital screen to sort through three display modes: Sport, Track, and Normal. The 7.0-inch TFT screen can also provide some useful readouts, including coolant and oil temperature. While the new digital gauges can be easily viewed during the day, they look especially cool at night.

Taller sports car fans should not shy away from the new Toyota GR86. Although this is a compact coupe, it offers a pleasing 41.5 inches of legroom in the front. This is a big plus for drivers who don’t enjoy being cramped. According to testers, the standard sport seats provide an impressive amount of comfort on longer trips. Drivers can also take advantage of the GR86’s fold-flat rear seat, which helps create more cargo space.

The outgoing model did not offer virtually any advanced safety technologies. Luckily, models equipped with an automatic transmission now come standard with a collection of active safety features. If the driver fails to slow down when approaching the next vehicle ahead, the pre-collision braking system can take over. Lane departure alert, smart cruise control, and adaptive headlights are included as well. Reverse automatic braking and a highly recommended blind-spot monitor are offered on the Premium trim.

Drivers will appreciate the car’s easy-to-operate infotainment system. It provides a standard 8.0-inch multimedia touchscreen, which can be linked to a smartphone through either Apple CarPlay or Android Auto. The previous GR86 came equipped with a smaller 7.0-inch display. A simple menu structure enables users to quickly access apps. Physical controls also allow drivers to effortlessly adjust audio and temperature settings. Bluetooth and two USB ports are built into the system.

A six-speaker stereo is found inside the base 2022 Toyota GR86. However, Toyota upgrades the Premium trim with an eight-speaker unit. An integrated amplifier helps it to produce a more powerful sound. Music fans who desire more bass can also opt for a 10.0-inch subwoofer. Listeners will feel the rumble. Even short trips will be more entertaining.

The more powerful Toyota GR Supra is a great sports car. However, it has a starting price of more than $43,000. Car shoppers who are on a tighter budget should consider the GR86. It’s thousands of dollars less expensive. Even a fully loaded GR86 Premium is still considered to be a performance bargain.

Like so many other sports cars, the 2022 Toyota GR86 has a small trunk. It provides a little more than 6.0 cubic feet of cargo space, which is below average. While travelers can toss in a couple of weekend bags, they shouldn’t try to overdo it. On the bright side, the car’s flat-folding rear seat enables drivers to accommodate tools and a set of track tires.

The all-new GR86 features a minuscule backseat. While parents will be able to bring along their small children, a lack of legroom makes the coupe’s backseat less suitable for teens. For many people, the rear seat will be more useful as an extra storage area.

3. Not a Good Performer In the Snow

During wintry conditions, this sports car’s rear-wheel-drive setup limits its traction. An optional AWD system would give the GR86 more grip. A low stance also hurts the car’s performance in the inclement weather. There’s a good chance you’ll get stuck when the forecast calls for more than a few inches of snow.

Most people agree that the 2022 Toyota GR86 is more fun to drive with a manual gearbox. However, fuel economy takes a dip. The EPA rates the manual-equipped GR86 to return 20 mpg town/27 mpg freeway. Opting for the automatic transmission improves efficiency to 21 mpg town/31 mpg freeway.

5. Not as Quick as a High-Performance Model

The GR86 definitely packs a bit more performance than before. However, it’s still not a blistering-fast sports car. Drivers who desire stronger acceleration may prefer the more expensive Toyota GR Supra.

The Mazda MX-5 Miata’s convertible roof will appeal to drivers who enjoy riding with the top down. However, it’s not quite as practical as the new 2022 Toyota GR86. There’s no backseat in the MX-5 Miata, thus preventing parents from traveling with their young children. The smaller MX-5 Miata is also not as satisfying for taller drivers.

The Ford Mustang packs noticeably more brawn under the hood. However, drivers will find the GR86 to be a lighter and more agile sports car. Lower-priced trims give the GR86 another advantage. Folks who spend a lot of time in crowded cities may also prefer the GR86. A more compact design makes it easier to maneuver in tight spots.

The all-new 2022 BMW 2 Series Coupe is a strong performer. However, it’s more expensive than the new GR86. A hefty curb weight also puts the 2 Series at a disadvantage. A lighter design makes the GR86 easier to toss around on the track. Furthermore, only the GR86 offers a traditional manual gearbox.

When it comes to value, only a few sports cars can compete against the 2022 Toyota GR86. Attractive pricing makes it a great alternative to the Toyota GR Supra. Among the 2022 model’s new features include configurable digital gauges, automatic emergency braking, and blind-spot monitoring. Not only does the redesigned GR86 boasts a more fulfilling engine, but it also continues to offer a great manual transmission.

There are just a few disadvantages to buying a new GR88. For starters, the absence of an all-wheel-drive system limits the car’s ability to handle wintry road conditions. While the GR86 does come with a backseat, it’s not spacious enough for adults. Potential buyers should also be aware of the coupe's firm ride.