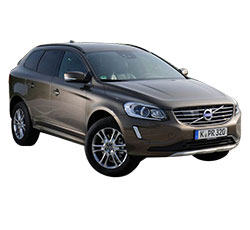 Should You Buy a 2016 Volvo XC60? Here Are Some Reasons For and Against

The 2016 Volvo XC60 is an excellent option in the small crossover segment. Volvo’s award-winning Drive-E engine helps the XC90 to deliver outstanding gas mileage. Not only will the passengers have enough room to relax, but there is also ample cargo space behind the backseat. While the base model has a lot of curb appeal, the R-Design brings a touch more flair to the table. Very few crossover SUVs dare to challenge the 2016 Volvo XC60’s excellent safety profile.

The fold-down front passenger seat is no longer available for the 2016 model year. Volvo also decided to remove one of last year's engines from the lineup. No changes have been made to the crossover’s styling.

Volvo’s Drive-E engine has already been touted as one of the best on the market. The turbocharged engine pumps out a gratifying 240 horsepower and 258 pound-feet of torque. The overall power delivery is very strong for a four-cylinder engine. In terms of fuel efficiency, drivers can easily obtain more than 30 mpg on the highway.

Drivers who desire more power can opt for a more powerful Drive-E engine. Although this engine shares a lot of components with the base engine, its performance is further enhanced by a supercharger. When called upon, the unique engine can push out a invigorating 302 horsepower and 295 pound-feet of torque. The T6 Drive-E’s fuel economy rating stands at 29 mpg.

The various AWD versions of the 2016 Volvo XC60 come equipped with different engines. Nonetheless, they are all designed with the same AWD system. During the winter time, the AWD system will certainly prove its worth. If the computer detects poor traction, it will instantly route the necessary power to the wheels.

The T6 R-Design model is the most powerful version of the 2016 Volvo XC60. Not only does the R-Design model boasts a 325-horsepower output, but it also comes standard with AWD. Aside from the extra power under the hood, the R-Design model also features an exclusive body kit and a special set of wheels.

While the base 2016 Volvo XC60 is a tad bit pricier than the average SUV, it is a true bargain in the land of luxury crossovers. This is a big advantage for the car shoppers who wish to save money. Expect to pay about $37,500 for a base T5 Drive-E model. Furthermore, the standard warranty provides 36,000 miles of free maintenance.

Fortunately, the 2016 Volvo XC60 comes standard with ample features. When commuting on an everyday basis, the eight-speaker audio system will keep the driver entertained. Meanwhile, Volvo’s On Call system provides prompt roadside assistance. Some of the other standout features include a City Safety automatic braking system, Wi-Fi capability, and heated mirrors.

An extremely strong chassis helped the 2016 Volvo XC60 to earn a five-star safety rating. In fact, it was one of the few vehicles to receive a good rating in every category. When traveling in an urban environment, the standard City Safety system can effectively prevent a fender-bender. Some of the other advanced safety equipment includes a blind-spot monitor, parking sensors, and a pedestrian-detection system.

The higher trim levels are available with a lot of useful features. When visiting the supermarket, the pop-up grocery bag holder will surely come in handy. Meanwhile, the available dual-screen entertainment system makes the XC60 a great vehicle for taking family trips. Some of the other conveniences include built-in booster seats, a power tailgate, and an air filtration system.

The inside of the 2016 Volvo XC60 provides a substantial amount of cargo space. When the rear seats are folded flat, the SUV’s cargo capacity swells to 67 cubic feet. Whether the driver needs to load a large box or transport a television, the XC60 should provide enough space.


Volvo’s climate control system is light years ahead of the competition. Drivers can alter the airflow’s path by simply touching the on-screen silhouette.

1) Some Models Deliver Below Average Efficiency

Drivers who desire the best gas mileage should stick with one of the four-cylinder engines. The T6 AWD model only returns 23 mpg on the highway.

Although the 2016 Volvo XC60 delivers okay handling, a sports-tuned suspension would help tighten up the crossover’s driving dynamics.

Unlike the front passengers, the rear passengers will not be able to recline their seats. Luckily, the backseat area does offer ample legroom.

Some of the top contenders in this segment include the Acura RDX, the Audi Q5, and the BMW X3. From a cost perspective, the 2016 Volvo XC60 is a little less expensive than the Audi Q5. While both the Acura RDX and the Audi Q5 are solid performers, the XC60 trumps the competition with its excellent crash protection.

Although there are other great crossovers on the market, the 2016 Volvo XC60 will win over a lot of car shoppers with its excellent safety profile. While the FWD models offer outstanding gas mileage, the T6 R-Design model is a legitimate head-turner. Ride comfort rivals that of a luxury sedan.
View MSRP VS Dealer Invoice VS True Dealer Cost Pricing:
▷ 2016 Volvo XC60 prices
See other S60 model years::
▷ 2015 Volvo XC60
▷ 2014 Volvo XC60
2016 Volvo Buying Guides: