2022 Nissan Rogue Pros Vs Cons. Should You Buy? 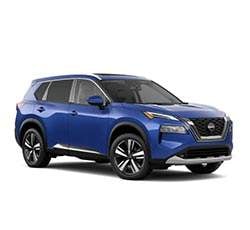 Should You Buy a 2022 Nissan Rogue? Here Are Some Reasons For and Against

The 2022 Nissan Rogue is an SUV that can appeal to many potential buyers. This SUV has two rows of seats and a good amount of cargo space, and while it's not extremely capable, it's totally competent and will prove to be reliable. Beyond this, it has impressive high-tech components, which will help it win many people over.

Nissan has made a change under the hood. Instead of using a 2.5-liter, four-cylinder engine like it did previously, it now has a slightly smaller turbocharged engine that has three cylinders. As a result of this change, horsepower has been increased by about 20. This difference is marginal but still important.

Because of its size, the Nissan Rogue is easy to maneuver. It feels agile and can be squeezed into even some smaller parking spots. It runs on a 1.5-liter turbocharged engine. This engine can generate 201 horsepower and 225 pound-feet of torque. Both of these numbers are more than decent, and this capability, plus the Xtronic continuously variable transmission, makes the vehicle a pleasure to drive.

All four trims of the Nissan Rogue are available with all-wheel drive. When this system is engaged, traction can be improved since power can be sent to both the front and rear axles. There are also Snow and Off-Road modes that can be selected if the conditions call for them. They can enhance performance when it would otherwise be hard to maintain control and stability. To switch between modes, the driver can use the drive mode selector that's been conveniently placed in the center console area.

While the Rogue isn't a hybrid model, it gets pretty good gas mileage. A Rogue with front-wheel drive can earn up to 37 miles per gallon on the highway. When driving in the city, it earns an estimated 30 miles per gallon. These kinds of numbers should make plenty of consumers happy.

Two-row SUVs are quite popular these days. It makes sense, given how open their cabins feel and all the cargo they can carry. The Nissan Rogue has a nice amount of passenger space, with 38.5 inches of second-row leg room. In terms of accommodating cargo, it does well, too. Its rear cargo area has a volume of 36.5 cubic feet, and that expands to about 74 cubic feet when the rear seats have been folded down.

Every Rogue has two displays. The first is a display that shows speed, range, tire pressure, and more; this one is integrated into the dashboard in front of the steering wheel.

The other display is a touchscreen. It measures eight inches on the first three trims. The top trim, which is the Platinum, has a nine-inch touchscreen. The standard infotainment package comes with Apple CarPlay, Android Auto, and SiriusXM, so there are several ways in which people can access information and stay entertained. Voice recognition, Bluetooth, and a hands-free text messaging assistant are standard as well.

With the larger touchscreen comes extra perks. It has Nissan's Door to Door Navigation with Premium Traffic program, in addition to SiriusXM Traffic and Travel Link.

Many passengers will appreciate the multiple USB ports that the Rogue can come with. The standard configuration is to have one USB-A port and another USB-C port, but there could be up to two of each kind of port in the cabin. Plus, the Platinum has wireless charging.

In recent years, Nissan has been incorporating an impressive amount of driver-assist technologies into many of its models. The new Rogue benefits from this focus on safety. Every one of its trims has automatic emergency braking, rear automatic braking, and several warning systems that can look out for potential problems. These include blind-spot warning, rear cross-traffic alert, and lane departure warning.

With the higher trims, the vehicle can not only warn drivers when they're drifting out of position but can also help them correct the situation by adjusting their steering. The program that gives the Rogue the capability to do this is called Intelligent Lane Intervention. Other available features include a 360-degree monitor, traffic sign recognition, and an adaptive cruise control system.

This SUV has a handsome appearance. It's tall and has a wide stance, and it has some elegant curves built into it. It's fortunate to come standard with LED headlights, LED daytime running lights, and LED taillights, and it can have LED fog lights, too. The wheel sizes range from 17 inches to 19 inches. A rear spoiler and available roof rails add to the athletic nature of the Nissan.

So many convenient elements can be found around the Rogue's cabin and even outside of it. Its side mirrors can have built-in heaters and LED turn signals, and it can have a power-operated or motion-activated liftgate. Some models come with tri-zone automatic climate control, and all have rear passenger vents. Further, remote engine start and the Nissan Intelligent Key smart entry system are both available, with every trim having remote keyless entry and push-button start. All of these little pieces can work to enhance the overall driving experience.

A lot of the big automotive companies make two-row SUVs, so the market is really competitive. Nissan has priced the Rogue so that it's very comparable with some of its competitors. It has a relatively affordable starting price of under $27,000. Even the top trim isn't too pricey, having a cost of less than $37,000. This is especially true given all of its advanced features.

The Platinum is the highest trim available, and the SL is the trim just before it in the lineup. In many ways, these two trims feel like luxury models. They get to have dual-panel panoramic moonroofs and motion-activated liftgates. In addition, they have leather seats, power-adjustable front seats, and driver's seats with power lumbar support and a memory function. Their front seats are heated, and so are their steering wheels.

With the Platinum, the quality is bumped up even further. It treats people in the back to heated seats, and the rear seatback has a remote-folding function. Remember that this trim is the one with the standard navigation, and further, it has a Bose sound system, quilted semi-aniline leather-appointed seats, and navigation-linked adaptive cruise control.

The turbocharged engine does its job well, but it's not that big of an engine. This is a limiting factor that prevents it from generating more power. Having more than 200 horsepower and 200 pound-feet of torque is good, but it's far from being exceptional. The Rogue can't handle towing more than 1,500 pounds, and it may have some trouble in really rough terrain.

There's no doubt that the Nissan Rogue looks nice. However, some buyers don't want to drive something that looks like so many other vehicles on the roads. They're looking for something more bold and distinct. To satisfy them, some companies make special trims of their mainstream vehicles that have additional flair or more off-roading capability. Nissan has not done the same with the Rogue. There's nothing wrong with the four available trims, but some might not think that this vehicle is memorable.

3. No Other Engine Option

Another downside of the Nissan Rogue has to do with its performance. To solve the issue of the Rogue being a bit underwhelming to those with high expectations, the company could have provided another engine option. It could have also come with another engine choice to appease those who like the idea of driving a hybrid or plug-in hybrid. Instead, customers are stuck with the one engine.

These two models are quite similar to each other, and they have starting costs that are about the same. The Nissan Rogue, though, comes out ahead in a comparison of the technology packages. It has a larger touchscreen and a more user-friendly interface.

Another way in which the Rogue pulls ahead of the CR-V has to do with efficiency. Yes, the CR-V does have a hybrid option, but its non-hybrid powertrain doesn't do nearly as well as the Rogue's does. Finally, Nissan has done a better job at integrating driver-assist technologies into the Rogue than Honda has done with the CR-V. The base-trim of the Rogue has many more safety components than what are found in the CR-V counterpart.

The Hyundai Kona is more affordable than the Nissan Rogue is, but is this price difference enough to win the matchup? It might be a hard sell. The Kona doesn't have as much rear-seat leg room as the Rogue has, and its cargo area is significantly smaller. In terms of power, the Kona cannot match the level that the Rogue has set in either horsepower or torque.

Lastly, the Kona feels more like a crossover than an SUV, and it sits lower to the ground. It has a ground clearance of 6.7 inches. In comparison, the Rogue sits 8.4 inches off the ground.

The 2022 Nissan Rogue checks off a lot of boxes. It has the size that many customers are looking for, and it has high-tech equipment that will more than satisfy people. It does just fine with its performance, too, and it can do even better if equipped with all-wheel drive. Overall, there's so much to appreciate about this model, so it's likely to have mainstream appeal.

View Pros and Cons for other Nissan Models: