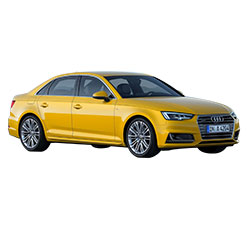 Should You Buy a 2016 Audi A4? Here Are Some Reasons For and Against

The 2016 Audi A4 is an entry-level luxury car that has very few faults. Audi has a proven track record of developing well-engineered sedans, which is good news for prospective buyers. Equipped with a relatively powerful engine, the new 2016 Audi A4 is still at the top of its class. Not only does this sedan provide plenty of room for every passenger, but it is also easy on gas. A strong safety rating makes it an outstanding choice for families.What’s new for 2016?A few additional features now come standard on the base model, including a sportier steering wheel. This helps to make the sedan more of a bargain.

Even the A4 AWD models have a fuel economy rating of more than 30 mpg. This is a major advantage for the car shoppers who need to commute on a daily basis. Due to the Audi A4’s fuel-saving design, it is also a great choice for taking an out-of-town trip.

Audi specializes in designing turbocharged engines. For good reason, the 2016 Audi A4’s 2.0-liter engine is very popular. When called upon, the turbocharged motor pumps out a strong 220 horsepower and 258 pound-feet of torque. Benefiting from the engine’s substantial amount of low-end torque, the 2016 A4 is extremely responsive. This sedan is definitely quick enough to put a smile on the driver’s face.

Luckily, Audi’s Quattro AWD system lives up to its hype. While the base FWD model is fun, it cannot match the traction of the AWD model. When bad weather is on the approach, the A4 Quattro AWD system becomes a great convenience. It definitely helps drivers to remain safe. The best part is that the sedan’s fuel economy does not suffer.

Unlike some sedans, the 2016 Audi A4 is actually designed with a spacious backseat. This is a key asset for the car owners who need to haul around their loved ones. When taking a road trip, the extra legroom will certainly come in handy. If more cargo space is needed, the rear seats can be quickly folded down.

All versions of the 2016 Audi A4 deliver responsive handling. However, the Sport package elevates the sedan’s performance. The stiffer suspension transforms the A4 into a legitimate sports sedan. The Audi Drive Select system also pushes the A4’s fun factor to a higher level. On the inside, the sports seats will comfortably hug the front passengers.

The 2016 Audi A4’s timeless design will remain relevant for many years to come. All A4’s now feature the sporty S-Line appearance package. While 17-inch wheels come standard, a set of 19-inch performance wheels are available as an option. Some of the eye-catching colors include Misano Red, Moonlight Blue, and Tornado Gray.

The 2016 Audi A4’s strong build quality makes it a very secure vehicle. It actually received a five-star rating when tested by the government. While the base Premium model is equipped with an effective braking system, the higher trims give the driver access to several other active safety features. Many Audi A4 buyers will certainly find the blind-spot monitor to be a very useful upgrade.

Unsurprisingly, the top-of-the-line trim is loaded with an abundance of technology. However, car shoppers can save money by sticking with the base model. Standard features such as Audi’s MMI infotainment system and leather upholstery make it a great option.

A lot of drivers can appreciate the sound reproduction of a high-quality audio system. The available 14-speaker Bang & Olufsen stereo system is among the best on the market. When commuting to work, the audio system can provide an extra measure of motivation.

In comparison to the average family car, the 2016 Audi A4 is on the expensive side. While the base model is priced at $36,725, the feature-packed Premium Plus model can costs more than $50,000.

For some reason, Audi did not design the new 2016 A4 with a USB outlet. Although the absence of a USB port may not be a deal breaker, some car shoppers will be disappointed.

3) No Manual Gearbox for Base Model

The base FWD models are only available with a continuous variable transmission. In order to get a stick shift transmission, buyers will have to opt for an AWD model.

The 2016 Audi A4 competes against the likes of the BMW 3 Series, the Cadillac CTS, and the Lexus IS. While the BMW is noted for its great handling, the A4’s nifty Quattro AWD system helps it to rise above its German rival. Meanwhile, the Cadillac CTS does not offer a manual transmission on any trim.

The 2016 Audi A4 will remain near the top of its class. Due to the sedan’s great safety rating and exciting driving dynamics, it is a threat to every other entry-level luxury car. When fitted with the sports-tuned suspension, the A4 is even more fun to drive. Drivers who live in snow-prone areas are urged to check out the AWD models.
View MSRP VS Dealer Invoice VS True Dealer Cost Pricing:
Audi A4 prices
See other model years::
2014 Audi A4
2015 Audi A4
2016 Audi Buying Guides:
• 2016 Audi A3 Convertible Pros VS Cons